This summer, I boarded the icebreaking research vessel Araon and visited the Arctic Ocean, the site of Arctic warming, for about a month. It was my eighth visit, but it was my first visit in three years since the outbreak of COVID-19, and I was filled with worries and expectations. 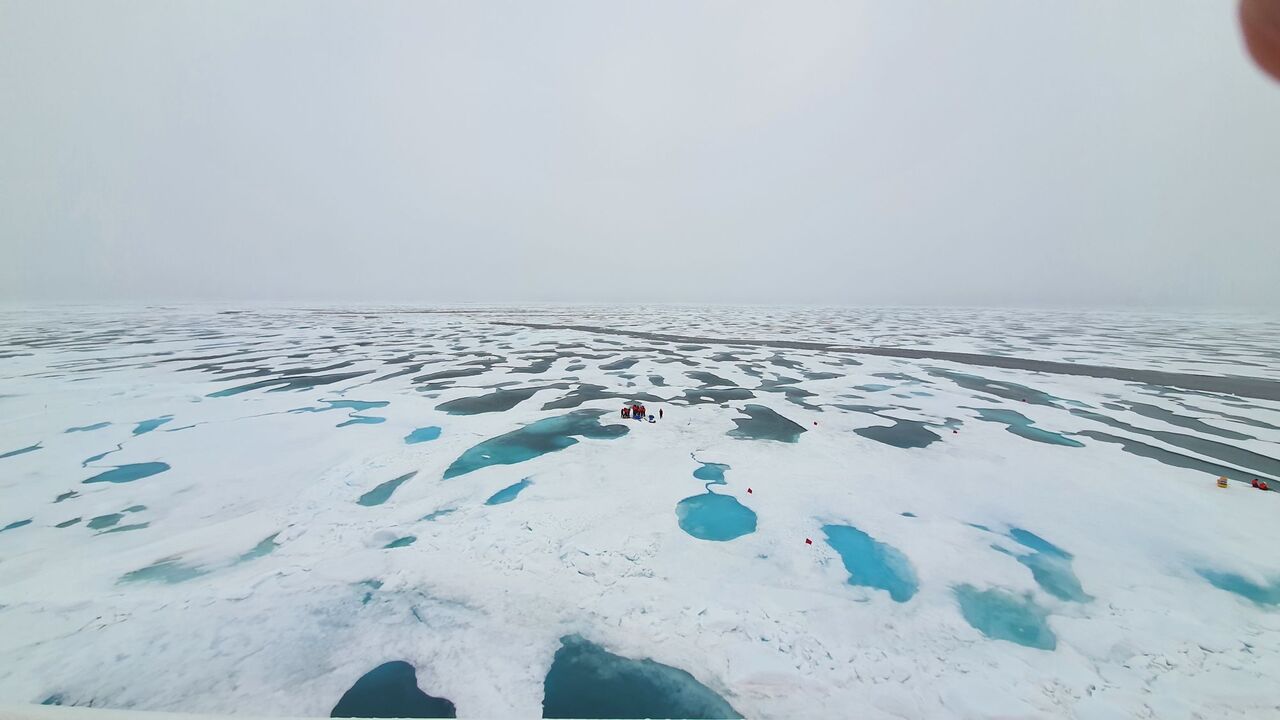 This summer, I boarded the icebreaking research vessel Araon and visited the Arctic Ocean, the site of Arctic warming, for about a month.

It was my eighth visit, but it was my first visit in three years since the outbreak of COVID-19, and I was filled with worries and expectations.

In late July, she went up north and saw the melting sea ice above the sea for the first time in a long time, realizing that she was back in the Arctic.

As a climate change researcher, I would like to first talk about the unusual weather that I had not experienced during my previous visit.

Throughout the voyage, the temperature never dropped below 3 degrees below zero.

At the time of the rain, warm southerly air currents were flowing into the North Pole with unusual intensity, which was clearly different from normal times when the east-west air currents, the direction of Earth's rotation, were stronger.

I felt the climate was unusual in the Arctic, but this year's Northern Hemisphere summer climate was so harsh that record heatwaves and floods occurred in many places, so you would feel the same wherever you are.

Disastrous abnormal weather, such as heat waves in Europe, floods in Pakistan, and torrential rains in Korea's metropolitan area, did not cover the region.

Frequent abnormal weather that comes along with climate change seems to be no exaggeration to say that it has already become a daily routine.

How are the rapid warming of the Arctic and the mid-latitude abnormal climate related?

Let's take a look at that relationship.

Earth's climate balances from the tropics, which absorb a lot of solar heat, to the poles, where the sun's heat is insufficient, and the atmosphere and ocean circulate and transfer heat constantly to achieve equilibrium. are sharing

Depending on the shape of the jet stream, the climate in the mid-latitudes can be calm or extreme.

In other words, Arctic warming and mid-latitude abnormal climate mean that the movement of the jet stream was affected by the increase in Arctic temperature.

The jet stream gets energy from the temperature difference between tropical warming and polar cold, and blows strongly from west to east, creating a flow of weather.

However, the speed at which it heats up according to global warming is the fastest in the Arctic.

Arctic temperatures were rising 2 to 3 times faster than the global average, but recently it has been reported that it is 4 times faster.

The unequal rate of warming weakens the north-south temperature difference and loosens the jet stream, which increases the frequency of north-south meandering motion.

Unlike when the jet stream blows strongly from east to west, when the north-south meandering motion increases, the warm air moves to the poles and the cold air moves to the tropics beyond the usual limit, and the movement of weather becomes stagnant, resulting in extreme abnormal weather.