Last nights with Serrat: "I would be here singing until I drop the bofe, but one is not there to give shows"

The group plays the flamenco chords of Dale que dale and Joan Manuel Serrat comes out of the background as if he were going for a walk. When he reaches the edge of the stage he greets by opening his arms and ... 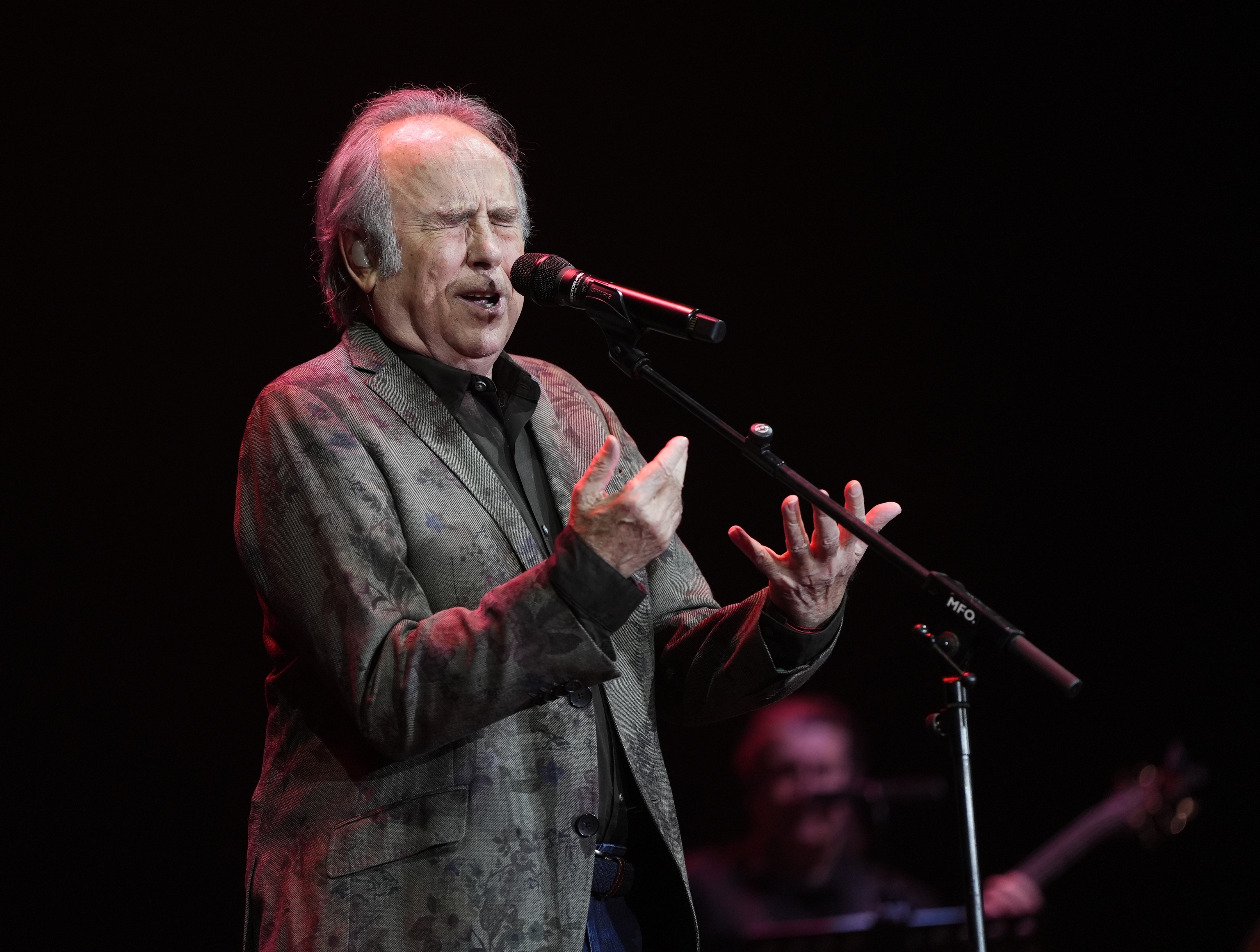 The group plays the flamenco chords of

comes out of the background as if he were going for a walk.

When he reaches the edge of the stage he salutes by opening his arms and bowing slightly to the 12,000 people who have risen to their feet to applaud him.

He doesn't want more, it's just a bow, a moment.

He then approaches the microphone, sings the verses of

and begins the concert with the smoothness with which ships set sail.

He makes it clear at the first exchange: "Forget nostalgia and melancholy, put them aside. I am saying goodbye with joy after a full and fun career in which I have been very happy."

Man, man, Mr. Serrat, he has been feeding the nostalgia and melancholy of millions of listeners for six decades and now he comes to us with a farewell party for him.

And a final farewell, moreover, since it is already known that behind the armor of irony you are a serious and serious man, more of a singer than a liar.

/ by profession, singer-songwriter", was defined in

To whom it may concern,

a song that did not sound tonight, like many others, because there are so many.

Not that there was anything extra in the repertoire, but this woman I have two rows down the road clutching her coat in her lap probably would have been floating above her seat for another four or five hours.

The same as that other one who smiled every time she started a new melody, and he recognized her and greeted her like an old friend you meet unexpectedly.

With the help of his two most faithful squires, the pianists

(68 years old; more than four decades in his company), the music glides with abundant bright and relaxed details, even light arrangements, like in

Señora, I don't do anything else but think about you, Something personal

and of course in

so playful, and, well, in

Hoy it could be a great day

that it is the most optimistic song of our lives and that it could have served as a great finale, with those last verses: "Today can be a great day / and tomorrow too".

the sound of cafeteria jazz or a small band of popular music,

a septet dominated by pianos with viola, accordion, saxophone, double bass and an electric guitar as rhythmic as a soloist, as discreet as it is efficient.

Mr. Serrat sounds lively and happy when he sings

one of the great moments of the performance, and when he returns to Miguel Hernández in

where he also takes his already old vibrato out for a jog ("azucenaaaaaas"), and more melancholic and tender in the

a stupendous performance wrapped in sighs.

But in the end you can escape from everything except yourself and nostalgia is, really, the sea through which your boat has sailed the most in these six decades.

In the middle of the concert, faced with the certainty of being at the singer's "last concert"

in the autumn of his days,

more than one veteran spectator (the majority) had to succumb to the longing for something they could still feel and hear, and enjoy, and celebrate, because Serrat's songs have always been a celebration, and while he hummed, for example,

thinking at the same time that he was losing all of that forever.

"There is nothing more loved / than what I lost."

But Serrat is sarcastic and cheerful before the very peaceful public;

he is saying goodbye to the stage about to turn 79 and does not want to make concessions to sentimentality.

He jokes about ailments and even about the

he doesn't stop smiling and

Uncle Alberto could have sung better than ever,

The man has been receiving affection in great waves for eight months and saying goodbye in a big way.

Not until later: bye.

Tonight was the first of three at the

"A city that has loved me so much for so many years and with such complicity," he said.

She will then perform in

and finally another three nights at the

His voice is fair, suffering in the most vigorous melodies, but his voice is stupendous, depending on whether you want to take into account the age of his vocal cords.

And he does it without stopping talking between songs.

Remembering his grandfather murdered in the Civil War

and abandoned in a ditch, Miguel Hernández, "a man who deeply loved freedom and life, and both were taken from him", his father, who "worked as a plumber, a sloppy of gas and water", and to his mother, "who was dedicated to what was euphemistically called her work, that is, to work like a mule".

So nostalgia and melancholy, yes, they spread through the great venue in the final part of the concert, when

(timely slower and more placid than in the original version),

(sung meekly by the public )

"I would be here singing until I let go of my mouth, but

one is not here to give shows either," he

says before facing the farewell, the lights of the entire pavilion illuminated, so that the festival begins to sound

between palms and with all the public standing.