The Egyptian industry is groaning after stopping the industry financing initiative

During the economic conference held last October, representatives of Egyptian industrial companies complained about sudden government decisions that disturb the business climate, and the Prime Minister promised them to fulfill their demand. 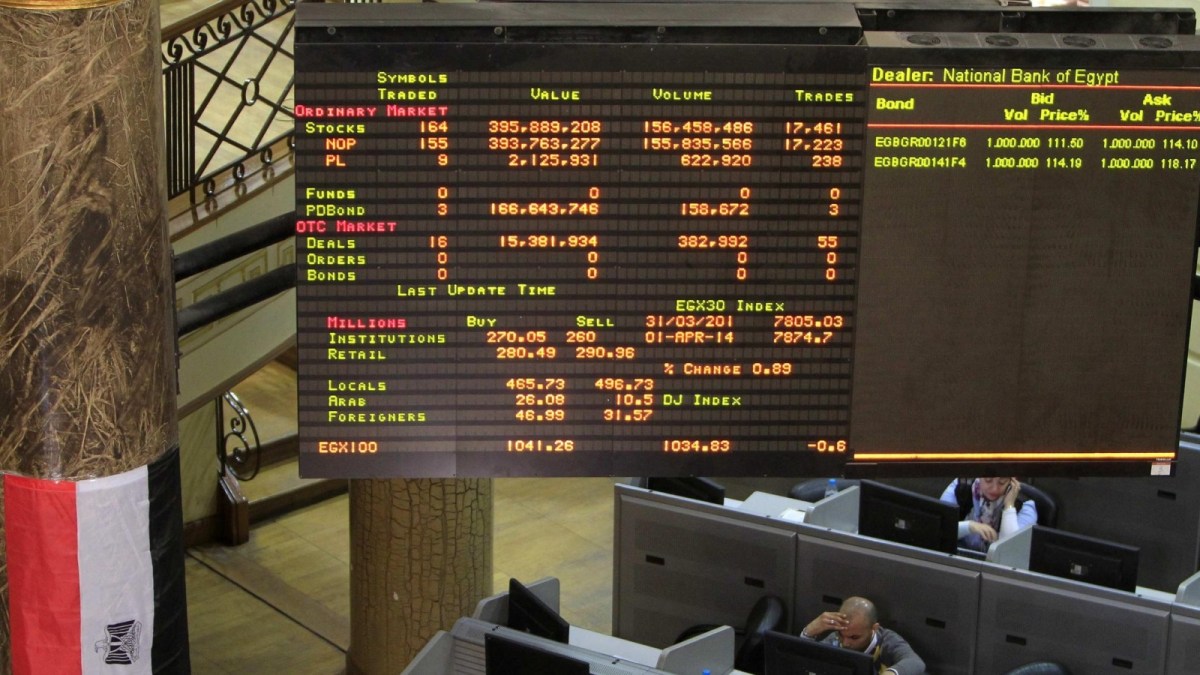 During the economic conference held in the last third of last October, representatives of Egyptian industrial companies complained about sudden government decisions that disturb the business climate, and the Prime Minister promised them to fulfill their demand.

Less than one month after that promise, the Prime Minister himself issued a decision to suspend the initiative to finance industry, agriculture, and contracting, which began 3 years ago. These three productive sectors were granted to industry, agriculture, and contracting, to which other sectors were added during the validity period of the initiative, such as agricultural manufacturing and fish production. Poultry, animal, packaging and export stations for agricultural commodities, renewable energy and others, as loans at an interest rate of 8%.

These loans are less than the prevailing interest rate by 3% at the beginning, then the difference increased to 6% after that and to 8% now, which caused confusion in the industrial sector, especially with the unfavorable local and global circumstances accompanying the timing of the issuance of the moratorium decision that makes competition with imported products in the local market an issue. It is not possible, as well as in the international markets, with competition from the products of other countries that obtained financing at a lower interest rate.

The Central Bank, which recently raised the compulsory reserve rate by 4%, is still continuing to issue money in large quantities, which thwarts its efforts to absorb liquidity and reduce inflation.

The media was quick to present the positives of the decision as it contributes to the treatment of the price distortion of interest with lending more than the interest value to the various sectors of activity, which in their opinion limits the ability of monetary policy to control monetary through the interest rate tool, which is one of the basic tools of the central bank to reduce high inflation, which The country is currently witnessing, which recently prompted it to raise the mandatory reserve ratio for bank deposits in local currency from 14 to 18% to withdraw liquidity.

Central losses are greater than the cost of initiatives

They also mentioned that this initiative and other initiatives made available by the Central Bank in recent years have caused losses to the financial statements of the Central Bank, with the large volume of loans to the industry initiative, which amounted to 345 billion pounds. The initiative also contradicts the demand of the International Monetary Fund to reduce the rate of expansion of credit To curb domestic demand and absorb excess liquidity.

While we see that the Central Bank, which raised the compulsory reserve rate by 4% recently, is still continuing to issue money in large quantities, which thwarts its efforts to absorb liquidity and reduce inflation, and the continuation of lending to economic activities represents societal importance to meet the needs of the local market in terms of commodities, in a way that reduces import and reduces From the gap in the trade balance deficit and relieve pressure on the exchange rate of the Egyptian pound against the US dollar.

Also, without production, there will be no export, which is the main resource on which the country depends to bring in foreign currencies and try to bridge the current dollar gap, which has existed since the middle of last year, and whose value has increased during the following months, and its treatment is not expected before the middle of next year, according to the optimistic scenario.

Some may say that there was another initiative to finance the industry with an interest rate of 7% that began in February 2016, but that initiative was the value of financing the interest difference in it, and allocated by the Central Bank only 5 billion pounds, and that value was exhausted in January. 2020, meaning that this value was consumed over a period of 4 years, at an average of 1.25 billion pounds annually, while the Central Bank’s losses in the first fiscal year amounted to 31.8 billion pounds and in the second fiscal year 2018/2019 about 30.7 billion pounds.

This means that the industry financing initiative in 2016 was not the main cause of the losses, but rather the industry financing initiative that started at the end of 2019, which also lasted 4 years before its cancellation last month, as the Central Bank allocated 100 billion pounds for it and it was not exhausted until the time of canceling the initiative, that is, on average. An annual amount of less than 25 billion pounds, while the central bank’s losses during the four fiscal years from 2018/2019, until the last fiscal year 2021/2022, which ended at the end of last June, amounted to 225 billion pounds, that is, an average annual loss of 56 billion pounds, with losses continuing until Last August, which is the latest announced data.

The same applies to agricultural private sector loans, which increased by about 27 billion pounds, from 23 billion pounds to 50 billion pounds in the same comparison period, taking into account that these increases pertain to industrial and agricultural companies that benefit from the initiative and those that do not, as it is required to benefit from an increase in the volume of loans. The company's annual business or revenues exceed 50 million pounds. As for the contracting sector loans, they cannot be counted because the data published by the Central Bank does not include them. The same applies to new and renewable energy loans.

Thus, the figure of 345 billion pounds does not relate to the cost of loans for the industry initiative, for the main reason that the Central Bank has announced since the beginning of the launch of the initiative that its value is 100 billion pounds, and now it is being stopped before its full value is exhausted.

The extent of the negative impact caused by the cancellation of the initiative is evident through the diversity of the sectors benefiting from it, which is indicated by the successive decisions of the Board of Directors of the Central Bank during the validity period of the initiative, which began with the companies of the industrial sector to finance working capital - that is, the production activity cycle - and to finance the purchase of machinery and equipment or Production lines, then irregular customers were added to it in the same month while they paid what they owed.

In March 2020, the agriculture, fisheries, poultry and livestock sectors were added to the beneficiaries, agricultural manufacturing companies, filling and exporting stations for agricultural commodities, refrigerators, etc., and in May of the same year, contracting companies were added, and the initiative also included the payment of salaries and wages for workers and the payment of electricity and natural gas expenses And the diesel.

In June 2020, newly established companies that are classified as medium companies were added according to the paid-up capital until their financial statements become available, as well as companies and establishments classified as small companies belonging to large entities and institutions or to high-net-worth clients, and in March 2021 it was added Financing natural gas dues in ceramic and porcelain companies.

That is why those companies were hoping to gradually cancel the initiative within 3 years, especially since the current conditions they are going through are more difficult than when the initiative was launched in late 2019, when the exchange rate was stable at the time, while it appears otherwise now, as the PMI reached. In the month of issuance of the initiative, it scored 48.9 degrees, which indicates a state of stagnation with a decrease in the score from number 50.

In the month preceding the initiative, the Purchasing Managers’ Index reached 47.9 degrees, which is an indicator that continued to express a state of stagnation during 9 months of 2020, and throughout 2021 and 2022 until the latest data for last October when it reached 47.7 degrees, meaning that the rate of stagnation in the markets is now higher than it was in late 2019.

Support is allowed for Opera and prohibited for Industry

Dealing with the prevailing interest in the market, which is currently high, adds to the difficulties faced by the industry, such as the high cost of industrial land, the multiplicity of jurisdictions over projects and the subsequent complexity in obtaining licenses and approvals, the increase in energy prices, the multiplicity of types of taxes and fees, and the unfair competition in which they work in addition to the comparative advantages. which are enjoyed by entities affiliated with the army during the exercise of economic activities.

The government’s maintenance of some lending initiatives while transferring its dependency from the Central Bank to other entities such as the Ministry of Finance, the Ministry of Housing and the Tourism Fund, which are 5 initiatives related to real estate financing, tourism, converting vehicles to run on natural gas and encouraging modern irrigation methods, prompted some to ask whether real estate financing or Tourism is more important to the government than industry, with its operation, production of goods, and export!

It also raises another question about the extent of the seriousness of the current conditions that push the government to further restrict the industry and its subsequent exports, in response to the International Monetary Fund’s demand to cancel the Central Bank’s interest-related initiatives, so that it speeds up the approval of the new loan, despite the fact that the first installment of the fund’s loan reached $750 million as well. The Minister of Finance recently said.

Some may say, but following the policy of economic liberalization requires the work of all economic sectors at a unified interest rate, which is true, but it is not achieved with the continuation of subsidized interest for the 5 previously mentioned activities.

The most important thing is that if the government and the International Monetary Fund tend to prevent support for industrial and agricultural financing, why do they allow support to continue so far for many non-economic activities?!

Including social clubs for employees of the Ministry of Finance, and clubs for police officers, even the Egyptian Opera House still gets a share of support in the government budget in the current fiscal year!