The Spanish Agency for Medicines and Health Products (Aemps) has published the 18th Pharmacovigilance Report on Covid-19 Vaccines, which updates information... 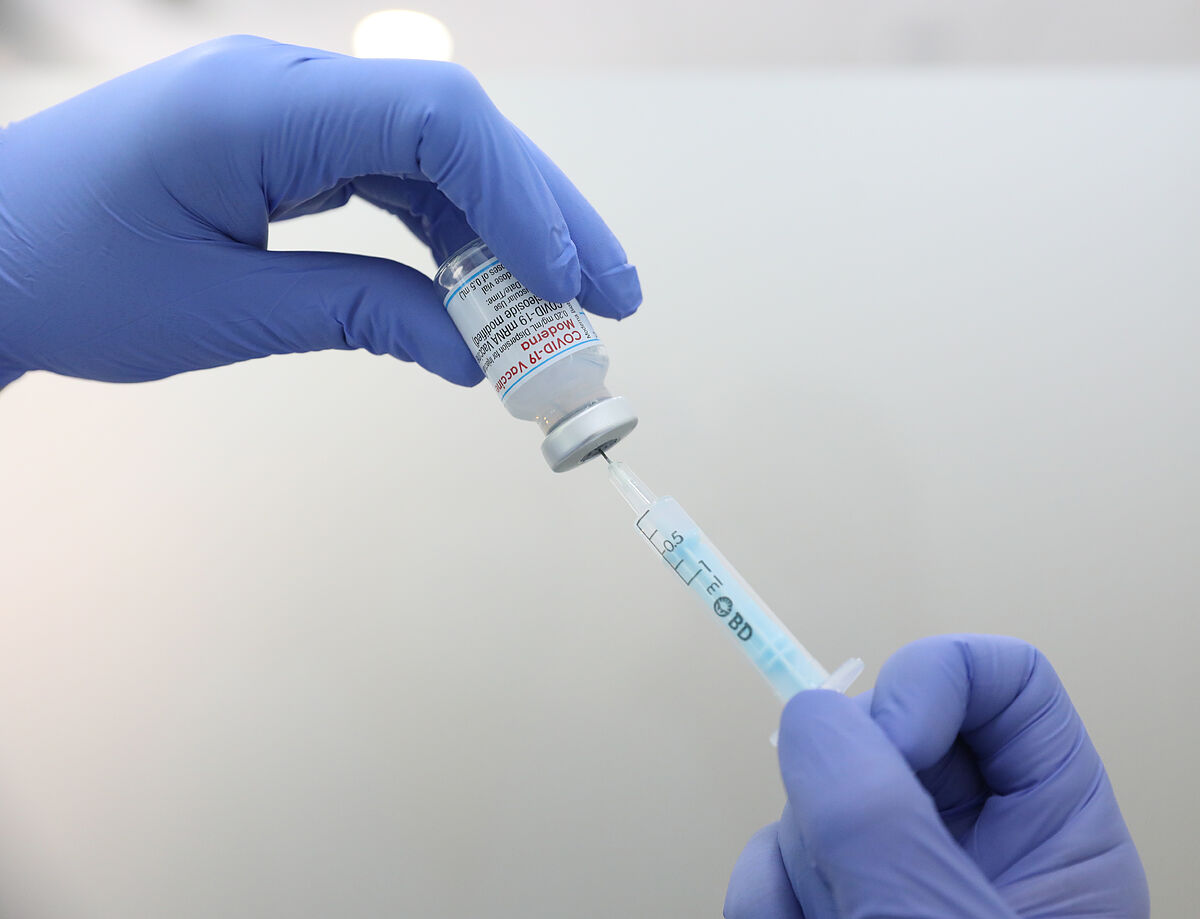 as a possible adverse reaction to mRNA vaccines (

, from Moderna) against Covid.

The Aemps points out that this conclusion has been reached after the European Medicines Agency (EMA), through the Pharmacovigilance Risk Assessment Committee (PRAC), has completed

of all available data and determined the existence of this potential adverse reaction.

For this reason, it is recommended that it be included in the data sheet and in the package insert of these vaccines.

However, he adds a qualification: "

There is no evidence

to suggest that menstrual disturbances have any impact on reproduction or on the fertility of women. The benefit/risk balance of

According to the data collected in this new report, around 9,000 cases

of heavy menstrual bleeding have been reported

worldwide after the administration of any dose of these vaccines (both first and second doses, and booster doses).

In a small number of women, this heavier bleeding occurred both with the initial dose of the vaccine and after the administration of the second.

The available information indicates that the vast majority of these cases

"are transitory and self-limited, without seriousness"

, they affirm from the Aemps.

after the administration of

had been administered in this same population."

Along with this, he explains that, in general, menstrual disorders "are frequent" throughout a woman's life and can occur "due to a wide variety of factors, including other diseases and medications" that could be present in women previously.

should consult their doctor

about it," adds Aemps.

Urticaria, in less than 1%

is identified as a possible hypersensitivity reaction after receiving

As explained, its frequency of appearance is

(less than 1 in 100 vaccinated people) and hypersensitivity in general is already included in the technical data sheet and in the package leaflet of this vaccine.

"The cases that have been observed may appear a few days after vaccination or more delayed, up to approximately two weeks after it. In Spain, up to November 13, 2022,

have been registered after vaccination.

Until that same date,

had been administered , "detailed the Spanish agency.

This report also states that

has been identified as a possible adverse reaction to the Janssen

For this reason, the PRAC has recommended updating the data sheet and the package leaflet of this vaccine to include temporary facial paralysis, generally on one side of the face (including Bell's palsy) as a possible adverse reaction.

"According to data from clinical trials, this possible adverse reaction is rare (in less than 1 in 1,000 people)", they point out from Aemps and add: "In Spain, until November 13, 2022 ,

of facial paralysis have been registered

after the administration of Jcovden. Until that same date,

of this vaccine had been administered."

have been administered in Spain , having registered

events continue to be general disorders (fever and malaise), of the nervous system (headache and dizziness) and of the musculoskeletal system (myalgia and arthralgia)," they point out from the agency.