British Prince Harry recorded a video message to the children of the military who died in combat, congratulating them on Christmas while wearing the "Spider-Man / Spider-Man" costume. 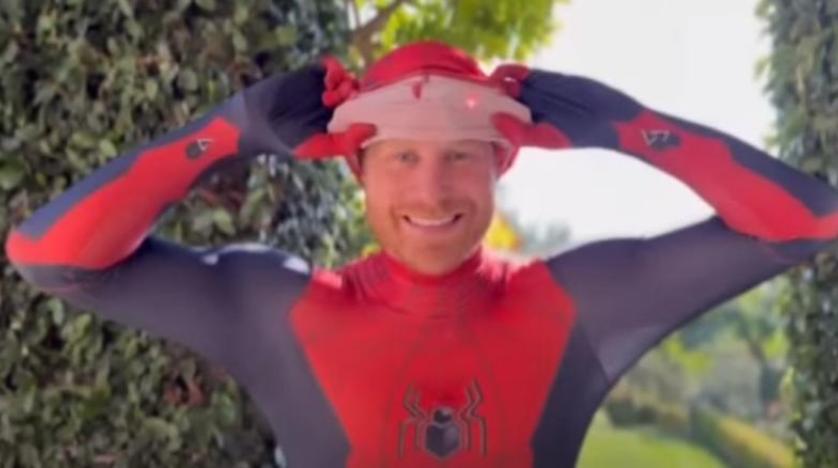 Britain's Prince Harry recorded a video message for the children of military personnel who died in combat, congratulating them on Christmas while wearing the "Spider-Man" costume.

According to the German news agency, Harry, 38, spoke during the recorded video of the British charity “Scottie Little Soldier”, about the mixed feelings that orphans have to deal with during the holiday season.

"Christmas is a time when we miss our loved ones very much, and that's okay," said the Duke of Sussex while wearing a mask.

He added: «But it can also raise the feeling of guilt, because of the enjoyment despite the absence of the parents.

I am here to assure you that our parents always want us to have fun.”

Harry removed Spider-Man's mask to wish everyone a "Merry Christmas".

Harry has close ties to the military in Britain, in addition to his personal experience of losing one of his parents at an early age, when his mother, Diana, died in 1977, when Harry was 12 years old.