[Soup] What if coffee suddenly disappeared one day?

Hello dear readers. The weather that suddenly became very cold is welcoming us. It's really cold as if someone pressed the ON/OFF switch, and I hope all of you readers will wear warm clothes so you don't catch a cold. 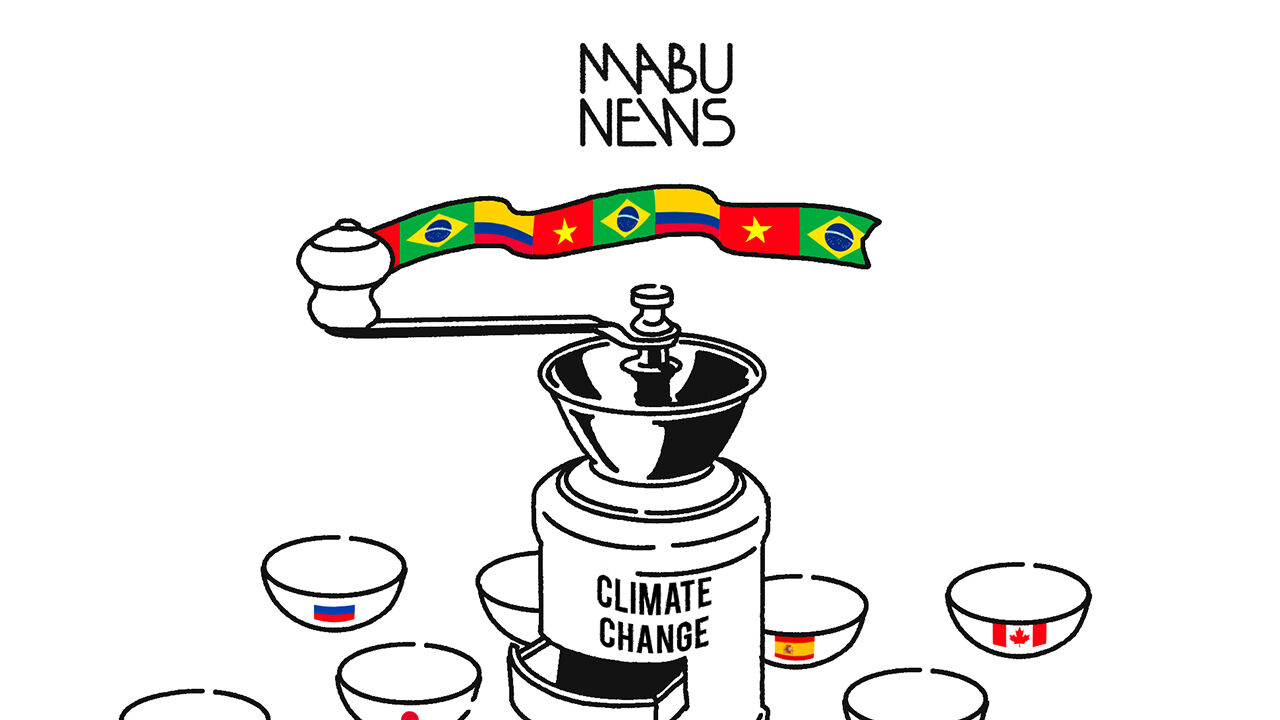 The weather that suddenly became very cold is welcoming us.

It's really cold as if someone pressed the ON/OFF switch, and I hope all of you readers will wear warm clothes so you don't catch a cold.

On a cold day like this, a cup of warm coffee comes to mind.

Of course, there are readers who eat iced americano even if they freeze to death.

By the way, readers, how would you feel if your favorite coffee suddenly disappeared?

Today, Mabu News is going to cover the impact of climate change on coffee.

It is said that coffee is likely to become extinct due to climate change, and Mabu News has prepared related data.

This is the question Mabu News throws to you readers today.

What if one day the coffee suddenly disappeared?

As so many people drink coffee, there are more and more articles describing Korea as a coffee republic.

Then, how much coffee did Korea drink to earn the title of Coffee Republic?

If you look at related articles, there are statistics that often appear.

Euromonitor saw the annual coffee consumption of countries around the world as of 2020, and Korea ranked second with 367 cups after France (551 cups).

I looked for related materials to take a closer look, but it didn't seem that related reports or data were publicly available.

Unfortunately, it is not possible to compile data that can accurately determine the amount and consumption of coffee in Korea.

So Mabu News used FAOSTAT data to check how much coffee our country is drinking, at least indirectly.

FAOSTAT is a data managed by the Food and Agriculture Organization of the United Nations. It can check the scale of food production around the world.

It is also possible to analyze the size of imports and exports.

Mabu News is trying to determine the scale of coffee consumption in Korea based on coffee imports.

If the population is large, the size of the income can increase accordingly, so I calculated it based on the amount of income per person.

It's not fun to see only coffee, so I also showed the amount of imports of tea, another favorite drink.

As you can see from the graph, the popularity of coffee is overwhelming.

Among the total of 196 countries, 143 countries have more coffee imports, accounting for 73.0%.

Belgium is the country with the highest per capita coffee imports.

In 2020, Belgium imported 361,600 tons of coffee, but if you divide this by the Belgian population, it is equivalent to importing 31.3 kg of coffee per capita.

It is the only country out of 196 countries that weighs more than 30 kg.

Comparing only the amount of imports, it is not that Korea is overwhelmingly ranked high.

Coffee, especially coffee beans, which are imported by so many countries, is overwhelmingly exported from 10 major countries, accounting for 82% of the total export volume.

Among them, the three largest exporters of coffee beans are Brazil, Vietnam and Colombia.

Then, to which country do the coffee beans of Samdaejang flow?

I picked the top 10 countries with the most coffee beans imported from Brazil, Vietnam and Colombia.

The United States is the largest importer of coffee.

The US imported 847,766 tons of coffee beans from Brazil, Vietnam and Colombia.

You can see that more than half of the American coffee caps are green (Brazil), right?

Third place was Belgium (342,277 tons) with the highest per capita coffee imports.

Korea ranked 9th, and uniquely, unlike other countries, the ratio of coffee beans imported from Brazil, Vietnam, and Colombia was almost a third, not biased towards any one country.

The coffee that people all over the world love, the production of that coffee has been disrupted lately.

“No matter how severe climate change is, will it have a direct impact right away?”

But the fact that it is already in progress.

The international price of coffee beans has soared in the last two years.

Why did the price rise?

It's because Brazil, the best producer of coffee, has ruined coffee farming due to abnormal climate.

In 2020, a drought hit, and in 2021, temperatures fell below zero in July, significantly reducing the yield of Arabica beans.

It's not just Brazil.

Colombia also suffers from poor coffee production due to bad weather, which is affecting the rise in coffee prices.