World-2022: clashes between Iranian supporters on the sidelines of the Iran - United States match

In Doha, in the midst of the FIFA World Cup, clashes broke out between supporters on Tuesday after Iran lost to the United States. Spectators showing their support for the protest movement… 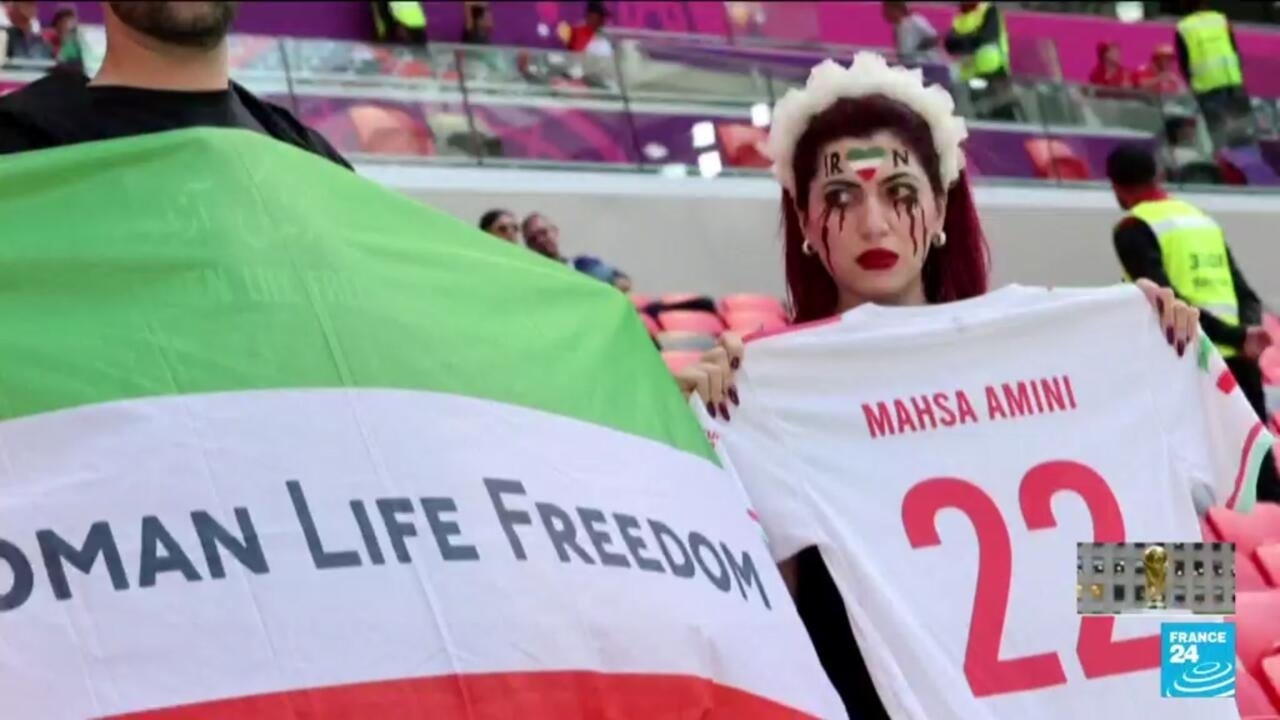 Once again, politics has entered the football World Cup.

At the end of an already very symbolic match between Iran and the United States, Tuesday, November 29, clashes broke out between Iranian supporters, reports the France 24 team on the spot.

Several Iranian supporters sporting t-shirts referencing women's freedom say they were assaulted by pro-government activists and some were injured.

"They attacked us", denounces a supporter wearing on his t-shirt the slogan "Woman, life, freedom".

"They attacked him for no reason," adds his partner, frightened, tears of blood painted on her cheeks.

"We need security! We are not safe here!"

The France 24 team was unable to film the clash, prevented by the Qatari security service, which forced them to turn off their camera.

But many supporters wore clothes that evening showing their support for the protest movement that has shaken Iran since September.

After the match, some spectators held up placards displaying the faces of the victims of the repression in order to attract the attention of the international community.

"People fight for their freedom, people must know the slogan, says a young supporter, pulling up his gray t-shirt to show the white, adorned with the slogan "woman, life, freedom", which he hides underneath "We wear [this t.shirt] to be their voice, so that the whole world knows about the criminal activities in Iran of the police and security forces!", adds his older companion.

On the pitch, in their first match against England, the Iranian players did not sing the national anthem.

Although none of them spoke about this gesture, some interpreted it as symbolic support for the protest.

>> To read also: Mondial-2022: opponents celebrate, in Iranian Kurdistan, the failure of Iran against the United States