Using algorithms in political communication... How does it affect democracy?

The communication revolution opened new areas for controlling the political behavior of the masses by using algorithms and determining the type of content that reaches the masses. 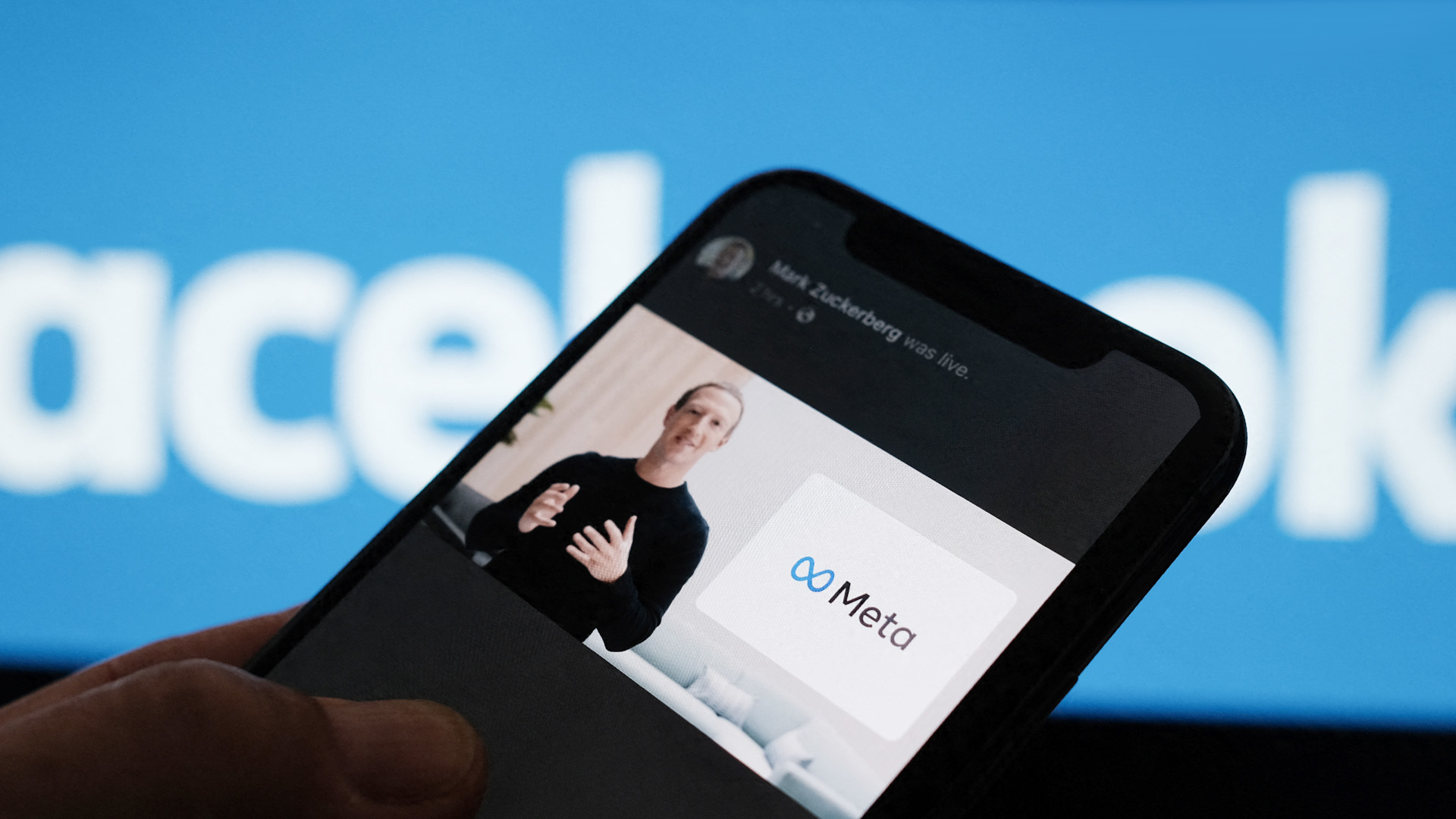 The communication revolution opened new areas for controlling the political behavior of the masses by using algorithms and determining the type of content that reaches the masses.

One of the most important means of controlling the behavior of the masses and directing them to certain directions and choices was the development of systems to discover the preferences of individuals, their political tendencies, and their religious, intellectual and ethnic affiliations. via social media.

These systems monitor the behavior of individuals, their use of social media, and their exposure to content, with the aim of discovering their tendencies, tendencies, desires, emotions, and the possibilities of influencing them. Based on the information base that is being built, these systems direct the content that can affect individuals.

Peoples and applications of artificial intelligence

Using algorithms, the direction of each individual is determined through his comments, shares, and liking of certain messages, and thus it is discovered what the individual wants, what content he prefers and searches for, and what type of material he interacts with.

Based on the databases that are formed by algorithms about the audience’s preferences, the content is published, and this resulted in the spread of a low quality of content, as it was discovered that a large audience was interested in it, and this affects the quality of the content that flows over the Internet in general.

Therefore, studying the role of algorithms contributes to increasing our ability to explain the process of spreading downward content such as videos that contain sexual suggestions or fake news.

Algorithms show the high popularity of descending material and the response of a larger number of audiences to it, and therefore the possibilities of publishing serious content decreased and its impact on the level of audience culture and the interests of individuals.

The spread of this content - on the basis of its high popularity - has also reduced the ability of individuals to make independent judgments.

Control the flow of information

The use of algorithms led to the development of methods to control the flow of information and content, as many false accounts were created and bots were used to flood the network with content aimed at portraying the popularity of a ruler, candidate, or political and intellectual direction.

This led to increased bias and manipulation of the masses' attitudes, controlling them, and influencing their political behavior. These fake or fake accounts affected the process of determining popularity, reputation, preferences, and control of social networks.

One of the most important negative effects of using algorithms was: increasing the flow of information that leads to misleading the masses and depicting the popularity of a candidate or party with the aim of influencing the political behavior of the masses, so the concept of "automated propaganda" appeared, which refers to the use of robots to influence the process of political communication. Manipulating audience trends and creating popularity for candidates or political trends by controlling the flow of content.

There are many fake accounts that are managed by bots to create hashtags that affect the public's perception of issues and people, so the propaganda that takes place via computers and mobile devices has formed a new stage in political communication, in which the machine speaks and influences the decisions of voters.

There are many indications that algorithms and bots are being used to manipulate public opinion, by building the media and societal agenda and changing the course of discussion of public issues.

For example, fake accounts were used in the 2016 US elections to spread political rumors and fake news and direct voters to links that include political news that influence their behavior.

Content is also produced for voters looking for certain political information during political crises, in order to endorse candidates or increase sympathy for them by portraying them as popular, by sending a lot of tweets on Twitter to urge citizens to vote for a candidate.

Build the candidate's image and reputation

During the past decade, the use of algorithms to build a mental image of parties and candidates has increased, by broadcasting many tweets that suggest that there is a popular consensus around it, and algorithms have also become used strategically in political campaigns.

Algorithms have been used to propagate accusations against rival candidates.

For example, in the 2016 US presidential election, a wide network of fake automated accounts on Twitter and Facebook was used to promote accusations of corruption by Hillary Clinton, and Trump supporters spread these accusations widely.

Has the public sphere become open and difficult to control?

Many media and communication scholars pinned hopes on the Internet, which is that it will open the public sphere for real free discussion and that it will provide knowledge to the public about the issues of societies, but the study of the use of algorithms and robots showed that there were exaggerations in those hopes, as companies used algorithms to control the discussion certain issues and ignoring others, and building the popularity of right-wing trends in Europe;

Which led to the rise of these trends and their access to power.

Authoritarian authorities have used many fake accounts and online committees to influence discussion of issues and give a false impression of their popularity and legitimacy.

This means that the Internet has not fulfilled the promise of open democracy as claimed. The powerful, rich and powerful still have the ability to control the flow of information and close the public sphere to opinions and ideas that conform to the terms set by the companies that control social media.

Spread of racism and hate speech

One of the most important negative effects of the use of algorithms in social media is the dissemination of hate speech and ideas that encourage hatred and Islamophobia.

This led many people to fear expressing opinions and ideas that could contribute to achieving reform in societies, as robots are used to reject these ideas and create fear and terror from expressing certain opinions.

This poses a threat to the future of all humanity. Companies that have the ability to manage the flow of information and content can ignite conflict at the time they want and in the way they want. Those who do not have the ability to express their ideas and opinions feel injustice, despair and frustration, so they have no choice but to use methods Violent to attract attention and spread their ideas and put them on the global agenda.

Democracy and the spread of banality

Among the most important phenomena that affect democracy and political participation: the spread of the phenomenon of banality and superficiality, where algorithms were used to manipulate people’s attitudes by publishing artistic products that push people to banality and superficiality, lack of interest in serious culture and community issues, and give up their right to political participation.

People have been flooded with a lot of entertaining artistic products such as movies, songs, dance scenes and nudity, and these products are widely promoted and robots are used to get millions of likes and shares, so their producers get a lot of income, and their spread leads to distracting people from their real issues, spreading insignificance and superficiality, and pushing young people to move away About science, thought and struggle.

There are millions of young people who believe that the shortest path to success and obtaining financial income is to produce banality, avoid politics, and lack ambition to assume leadership roles.

The wide spread of artistic products that push young people to triviality and superficiality raises doubts about companies using robots to work to promote them by portraying them as being admired by millions, in order to spread triviality and superficiality, distract people and reduce people’s ability to obtain knowledge that increases their awareness and ability to struggle to achieve change. .

People do not strive to achieve goals

Companies using robots to immerse people in entertainment leads to reducing people's capabilities to fight for democracy and play real roles that lead to the advancement of their societies, and the protection of basic human rights such as their right to dignity, justice, and achieving comprehensive independence.

When a person finds that this trivial content prevails, and that the producers of this content enjoy great popularity, he loses confidence in himself and in the importance of science, knowledge, politics, heroism and struggle.

Many scholars are now hearing from their children questions such as: What is the importance of the scientific certificates that you obtained, and what is the value of knowledge, and why did you waste your life striving to acquire it?!

This shows us the goals of companies that use algorithms to distract people and push them to submit to a gloomy and dark reality created by the alliance between tyranny, colonialism and capitalism.

Studying the use of algorithms to control the information and knowledge that flows to the masses through social media, shows us many negative effects on democracy and the future of countries.

The negative impact of dependence on social media has increased as a result of the diminishing trust in the media, such as the print press and television channels, and the authorities' control over them.

This prompts us to warn of the danger of controlling the knowledge people obtain using algorithms and robots. This phenomenon leads to the collapse of democracy, especially in Europe and America, in addition to the spread of racism and hatred.

How can humanity be protected from manipulating and misleading the masses?

Artificial intelligence methods have evolved, but this development carries many risks to societies, as robots portray racist ideas as very popular, so right-wing trends reach power and ignite global conflicts, at a time when many individuals refrain from expressing their opinions for fear of Owners of European racist trends and authoritarian authorities.

When the intelligence of robots increases in influencing public opinion, the ability of people to struggle to achieve democracy, impose their will, choose their rulers and deputies, and obtain knowledge that enables them to achieve great goals, decreases.

How can we face this phenomenon?

Spreading media and cultural awareness and working to increase the individual's ability to criticize the content he is exposed to is the most important means to victory in the battle of freedom, democracy and the flow of knowledge. But are Arab universities doing their job in providing studies and projects to protect people from misinformation, control their trends and protect the flow of knowledge?