Hyuna-Dawn, who said they were getting married, broke up after 6 years of dating "to remain good friends"

Singers Hyuna and Dawn, who promised to marry and openly dated, broke up after six years. Hyuna announced her breakup with Dunn on November 30 via her own social media account. Hyuna said that she "breaked up" and that she "determined to remain her good friend and colleague from now on. 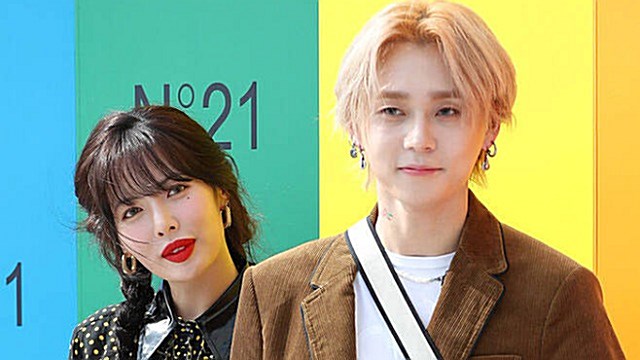 Singers Hyuna and Dawn, who promised to marry and openly dated, broke up after six years.

Hyuna announced her breakup with Dunn on November 30 via her own social media account.

Dunn did not reveal her position separately, but she indirectly acknowledged it by clicking 'Like' on Hyuna's post announcing their breakup.

Since then, Hyuna and Dawn have freely posted couple photos on their respective social media, and have been passionately in a public relationship while doing duet activities.

In particular, in February of this year, he even directly delivered the news that he was getting married.

At that time, Dawn posted on his SNS the words "MARRY ME" and a photo of the couple ring to inform Hyuna that she had proposed to her, and Hyuna responded by saying "of course YES".

Dawn's proposal and Hyuna's answer that accepted it predicted the birth of an 'idol couple', but after 9 months, the news of their breakup was reported, and the fans' sadness is growing.

Although the two broke up, they did not 'unfollow' each other's social media, and left the couple photos posted on social media as they were.

Dunn, who appeared on MBC's 'Radio Star' in the past, said that he thought about the case of breaking up after being in a public relationship. have said