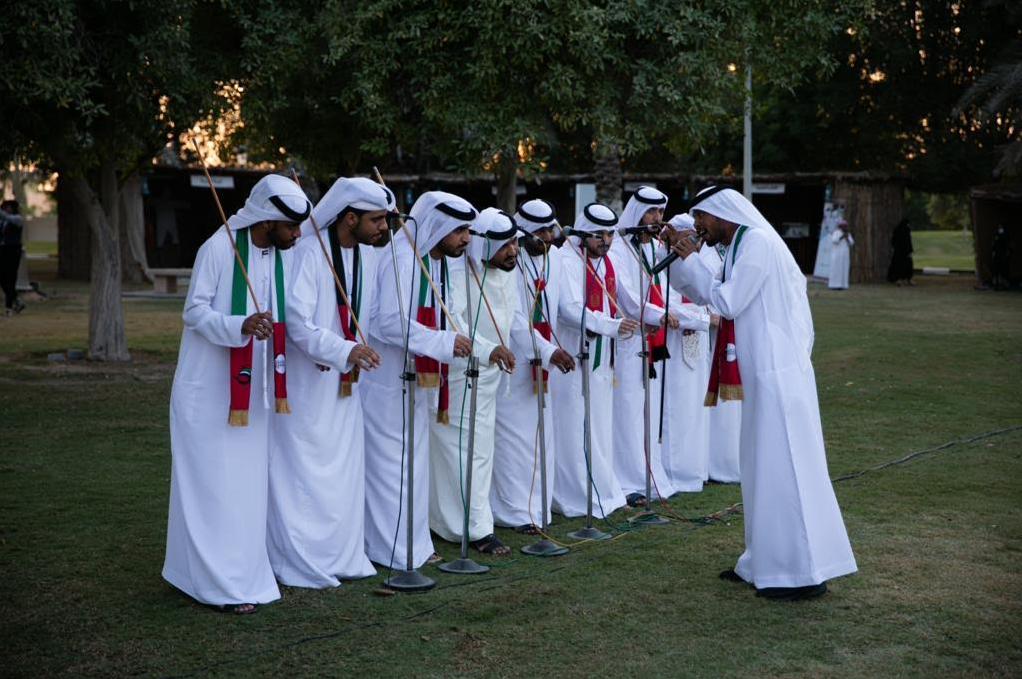 It runs from November 29 to December 3

The ceremony begins with a speech by Khaled Jassim Al Midfa, in addition to presenting the lyrical paintings entitled “The Sultan of Giving”, which talks about the giving of His Highness Sheikh Dr. Urban, cultural and environmental, and interest in education and human building during the past 51 years, through a song performed by professional exhibitors who present interactive paintings of some areas in the Emirate of Sharjah and their transformation over the years, and are accompanied by acrobatics in the presence of a popular band, so that the paintings unite together at the end of the song The problem of the image of Sheikh Sultan.

The second panel is entitled "The New Era", and its duration is 45 minutes. It is divided into 4 panels that deal with the coming years of the Union's life and preparation for it, the aspired dreams of the Emirates, and what has been achieved so far through a number of personalities, events, songs and videos, which will be shown on stage and focus on the era of Sheikh Zayed. And Sheikh Khalifa, may God rest his soul, and the next stage of His Highness Sheikh Mohammed bin Zayed, and the dreams and aspirations it carries for the people of the Emirates.

The activities extend daily from 4:30-10:00 pm, including theatrical performances for adults and children, within the government departments corner, museums corner on the road, and the hospitality tent. Sharjah landmarks, heritage folklore, various popular teams, various paragraphs in the chess corner, water polo shows, the snow village and ice sculptures for the most prominent landmarks of the Emirate of Sharjah, in addition to the various corners, including the play and win corner, the games corner, the Zaman games corner, the popular food corner, and the street Small Projects, Popular Coffee, Naqsh and Hanna Corner, and Guitarist's Segment.

The Children's Theater hosts a group of interesting activities, including entertainment competitions, a small circus show, juggling games with the magician, a puppet show, a clown show, balloon distribution, and gifts.

And in the government departments corner, which includes pavilions of a number of government departments, which display their various contributions. As for the “Museums on the Road” corner, it is a bus that includes miniature models similar to a selection of Sharjah museums’ holdings, touring various regions of the country, and developing students’ creative thinking skills, through Selected models from museum collections.

Employees gather in the "hospitality tent" to discuss work progress and meetings, and hospitality is provided to them. In tourism tours, a train and bicycle are provided to transport the audience around the park. As for the cinema corner, films about the achievements of the UAE are shown daily.

The traditional folklore section includes popular dances and songs that simulate the heritage of the Emirates within creative paragraphs in which a group of female students participate, while the popular bands section includes the bands Al-Habban, Al-Nuban, Al-Ayala, Al-Harbiya and Al-Youla.

While brain game enthusiasts find daily competitions in the Chess Corner, the more sensitive will enjoy live guitar playing from a soloist or orchestra.

The "Snow Village" opens its doors for visitors to enjoy playing with snow, or visitors can participate in transparent water ball shows on the surface of the water.