MasterChef Celebrity 7 | The incomprehensible and surreal behavior of Patricia Conde

Patricia Conde was, together with Isabelle Junot -expelled last week-, one of the great favorites of the public to become the winner of MasterChef Celebrity 7. The... 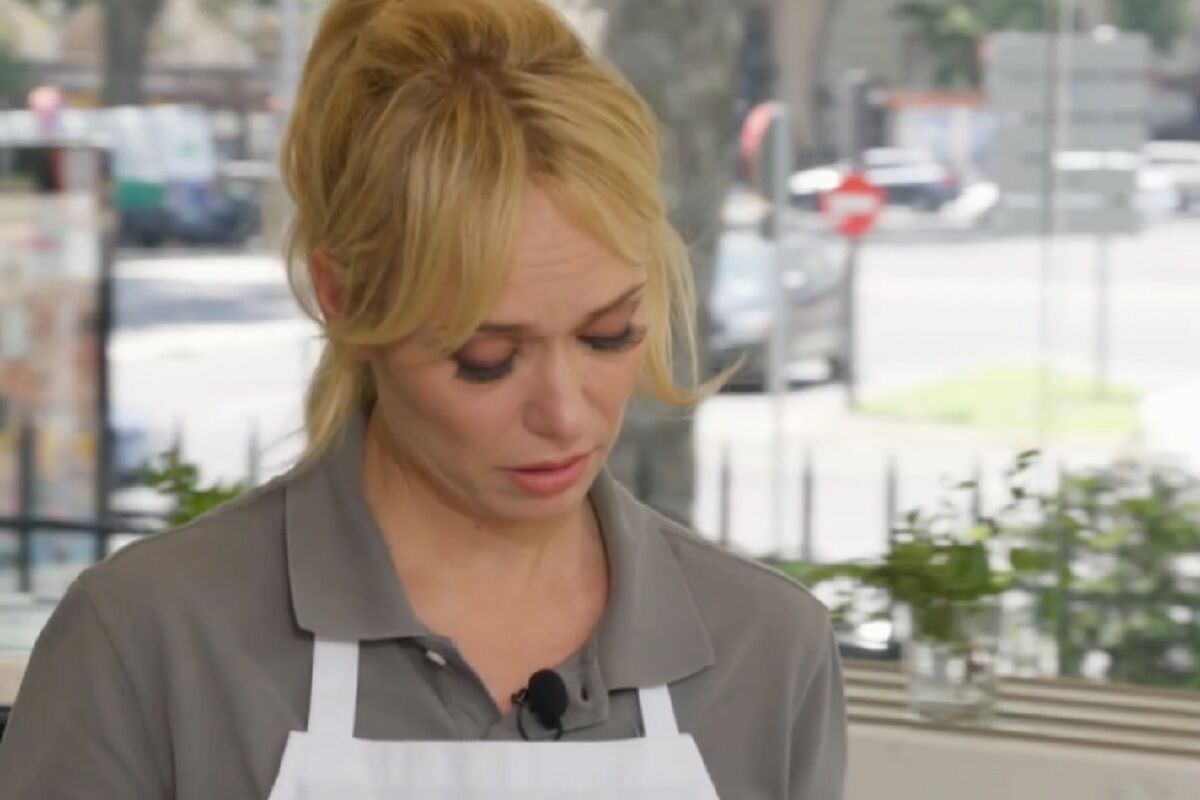 -expelled last week-, one of the great favorites of the public to become the winner of

The day she was picked up was one of the greatest joys.

If there was an applicant who had the support of the audience, it was

RTVE decided last week to divide the grand finale of

Last night the first two tests were broadcast from which the final duelists came out,

, who tonight will play it to win the

, the only man in the grand final, managed to beat

in the outdoor test , who failed in the first test, but was very close in the second, and

MasterChef and in the seven of

so extremely pissed off.

Seeing the chef like this, even though he is the toughest of the judges, can be counted on the fingers of one hand.

"Never in the history of a

final have we seen such an applicant," was the slightest thing she told him.

had to face the traditional and stressful test of following the chef.

On this occasion it was the turn of chef Oriol Castro

to put himself on the other side

, demanding as ever, who brought with him the preparation of a golden fried egg with the head of a carabinero.

We already know this test: the applicants have to follow the chef who is marking all the elaborations to all milk while the contestants try not to get lost, even not to faint.

And I'm not exaggerating.

It was a real madness

Of the four applicants, only

managed to follow all the cooking without missing a single one of the preparations.

And it is not easy.

It must be taken into account that while the chef has all the ingredients measured and weighed, the applicants have to measure them themselves, according to the instructions given by the chef.

The chef pours, puts, prepares, beats, cooks, or whatever, while the applicants continue to weigh the xanthan, curry, soy, sugar or whatever they have to think of.

You have to be with 1,000 eyes and keep your nerves at bay so as not to die trying.

was lost from minute one.

If you add to that that at one time or another,

made a mistake when marking some elaboration, then turn it off and let's go.

In fact, at the end of the dish, the chef told them that they had to beat the whites to make one of the sauces, but he was really beating the yolks.

Who would not have looked at him, he sanseacabó.

did not look at him.

The designer's result was the worst dish of the four.

She broke down, tears came to her eyes, she had a really bad time, but she came back.

did want the jacket that would make her a duelist in the grand finale.

, for her part, started very well.

With that tranquility that she always shows -the procession goes inside-, the presenter was making each elaboration, marking each step.

She didn't seem to have been lost at any point until the end.

A run to the refrigerator for one of the elaborations and another sanseacabó.

could no longer keep up with

and the result was a better dish than

's , but with enough flaws to not become the first duelist.

The first one started badly, chaotic, nervous, as always.

But it was going up.

Although a good part of the cooking was lost, without calculating the proportions,

managed to get a golden egg whose biggest mistake was adding two whites instead of one, with which the proportion changed a lot.

But without a doubt, without a single but, who deserved that jacket like no other was

She didn't lose focus for half a second.

In fact, there were even moments when she was even ahead of the chef.

Of course, if anyone deserved that first final duelist jacket, it was

was hallucinated with the result of

's dish, of which he came to say that it was practically the same as his.

had hit the first bombshell of the grand final.

A bombshell more than deserved.

There was one jacket left, that of the second duelist of

and Patricia Conde were going to play it at the Ritz, at

A test with which

wanted to honor 10 of the most important chefs in Spain.

A test with complicated dishes, but that could be taken out.

burst from minute one.

Something happened and something escapes us.

What really happened to Patricia Conde in the MasterChef Celebrity 7 final?

The presenter jumped into the pool and chose the most complicated menu of the three, sole with citrus menier, shallots and soufflé potatoes and dessert, a yogurt mousse egg with ice cream and violet jam.

She seemed like she or she was either going for it or she was so sure of herself that she seemed more than capable of pulling it off.

Well none of this.

Something was wrong with

and it wasn't just the difficulty of the menu she had chosen.

came to tell her that she could start cooking,

's attitude was more than strange.

She was going slowly, as if the thing was not with her, as if she did not care, as if she had thrown the

But, it was the same week that her classmates had had, right?

Companions who left their horns.

When he began to clean the sole, that boredom came to more.

The complications that he had to remove the loins and that negligence led him to spend more than an hour of cooking just cleaning the fish.

appeared in her kitchen and she saw that she only had clean backs and that there was no further preparation, she gave it the first touch.

A first touch that overwhelmed the presenter much more.

He wanted to put the batteries, but there was no battery.

He started with the dessert and the cream overflowed.

It was the end.

had to ask the

team to let her out of the kitchens.

A few minutes later she returned.

It was obvious that what

did not want was to break down in front of the cameras.

She was holding back crying for most of the cooking, at least until she returned to the kitchen.

Because she went back to her laziness and her insouciance added to her hesitation.

did it in any bad faith, I think it was the mechanism that the presenter used to avoid collapsing.

came to tell her to get her act together, that he was disappointing her, to put fifth gear,

seemed to take it as a joke, to answer as a joke.

And between nervous laughs,

It didn't matter that

, who was getting more and more annoyed, warned him that he had decided to give up the final and the jacket, and

e constantly clung to that fatigue, that dream, that exhaustion, that that her companions deserved more to be in the final duel than her.

The monumental anger of Jordi Cruz in MasterChef Celebrity 7

We are going to see, indeed, the MasterChef

The recording of this outdoor test will probably start at 7 or 8 in the morning and end in the afternoon.

And it's not just that, it's that the recordings are concentrated on three days a week where the entire program is recorded for as long as it lasts.

What is not, is the attitude.

And that was what blew up

and what blew up the first part of the

There came a point where

kept everything he wanted to tell him and pushed ahead with a dessert that didn't come out.

It was the dish that he liked the most, but if the Catalan chef does not appear, the dish will not come out.

He saved it for the evaluation, and I insist, I think it was too soft for what must be going through his head: "

You have made history

. It is the first time that we see a finalist who did not want to fight for the jacket. And

Every time we tried to correct you, you took it for granted

were always the same, "I'm really tired", "I'm very sleepy", "I didn't take it for granted", "I could have fought it, yes. But I had no strength. Answers that warmed

more , who ended up saying it more clearly: "Imagine your teammates who have lived the same experience and are just as tired.

and fought it.” Boom!

once again held back her stoic tears.

She endured them until the judges gave the name of the second finalist, her

They were tears of joy, but they were also tears that brought out everything that had been held back during the outdoor test.