“Dubai brings together cultures, nationalities and many events in the field of music, poetry and culture, and it really does not stop making the future.” With these words, the international German composer Hans Zimmer spoke about Dubai and the concert he will perform on January 27 of next year. Zimmer spoke during the ceremony. 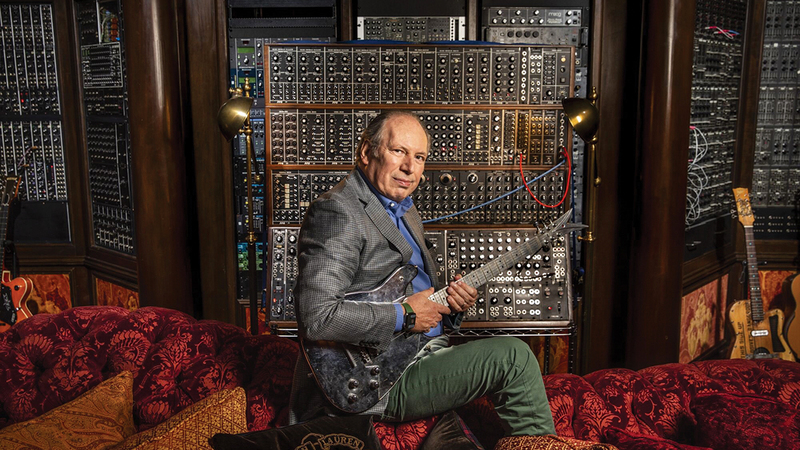 “Dubai brings together cultures, nationalities and many events in the field of music, poetry and culture, and it really does not stop creating the future.” With these words, the international German composer Hans Zimmer spoke about Dubai and the concert he will perform on January 27 of next year.

Zimmer spoke during the introductory meeting that was held the day before yesterday, at the Roxy Cinema in Dubai Hills Mall, about the upcoming concert and his musical history, stopping at the most important stations in his career, especially the films that won awards or were nominated for Oscars.

The maker of the most famous soundtracks in the history of cinema, Hans Zimmer, said at the beginning of the meeting, when asked about the timing of the concert in Dubai: «In fact, this is due to my deep and internal feeling that Dubai today brings together cultures, nationalities and many events and ideas in the field of music, poetry and culture. And it actually creates the future, and this future that we assume we will experience will happen here.”

And about what the ceremony that will be held on January 27 of next year holds, Zimmer noted that it is difficult to determine the final form of the ceremony, as it is still in the stages of organization until the moment, explaining that in conclusion he lets things take their natural course, as the subject is related to his personality on the stage, spontaneity and spontaneity.

He pointed out that he gave concerts because he wanted to go to many countries and experience cultures around the world, considering Dubai in particular a city with a special charm.

The award-winning composer spoke about his passion for the world of music, stressing that he presents music on stage and in concerts while he is in a state of happiness, explaining that in his work he relies a lot on the assistant team at the concerts, who cares about the details that make him feel overwhelming joy on stage.

Zimmer stopped at some of the films that constituted important milestones in his career while working on film soundtracks, including his work on the music of the movie “The Wrestler”, which was nominated for an Oscar, and the challenges it brought, and the work of “The Lion King”, pointing out that the music must be Keep up to date with the events presented in the film, as well as the written scenario.

Regarding the contrast between the music of films, whether action films or animation films, he indicated that there is no difference in the method of composing and working, because his real work revolves around knowing the dream of the final director of the work, and therefore what he does through music is literally translating the dream into reality, leaving the viewer behind. An unforgettable experience that has not been offered before.

Regarding continuity in this field and in an upward manner, he noted that he was able to continue because his imagination was rich enough to present all that he had presented over the years. Music, sometimes it can be difficult to understand what the music is saying from a technical point of view, but more importantly the overall experience.

Assistant Vice President of Social Platforms Campaigns in Dubai for Economy and Tourism, Aida Al Busaidi, said: “I start my speech by telling a story about His Highness Sheikh Mohammed bin Rashid Al Maktoum, Vice President and Prime Minister of the UAE and Ruler of Dubai, when he accompanied his father, the late Sheikh Rashid bin Saeed Al Maktoum. May God bless his soul, and the late Sheikh Zayed bin Sultan Al Nahyan, may God bless his soul, to the desert, and a discussion took place between them about the future, not what we are now, but who we will be.

She pointed out that months ago, he started talking with Zimmer and his team about the party that will be held in Dubai, and this explains the commitment to this policy, which is the industry of the future, specifically the future of tourism, noting that the country received up to the end of September up to 10.2 million tourists, and there is a vision to receive 25 million A tourist in 2025, stressing that the concert serves this trend, especially since its musical pieces are often present in events and events, and mean a lot to people, indicating that these efforts are actually moving towards the future.

Hans Zimmer, born in 1957, is a music producer and composer who has completed more than 500 projects in various media, and these projects have collectively garnered more than $28 billion at the box office around the world.

His most notable works include “Dune”, “No Time to Die”, “The Gladiator”, “The Thin Red Line”, “The Best That Can Happen”, “Rain Man”, the “Dark Knight” trilogy, and “The Beginning”. , “Thelma and Louise”, “The Last Samurai”, “12 Years of Slavery”, “Blade Runner 2049” (with the participation of Benjamin Walfish) and “Dunkirk”, in addition to recent works in several films such as “Top Gun .. Maverick”, “Superwoman 1984” and “Sponge Bob .. Sponge on the Run”.

Most recently, Zimmer won the Academy Award for Best Music for "Dune."

In 2019, Zimmer composed the music for the remake of “The Lion King,” for which he was nominated for a Grammy Award for Best Soundtrack for Visual Media.