The effect of grazing in arid regions.. with the vision of a new global study

In arid regions, grazing can be “beneficial in relatively cold climates that are locally rich in biodiversity,” but it becomes “largely harmful in hotter regions with poor biodiversity,” according to a study conducted on five continents, calling for local solutions. by air 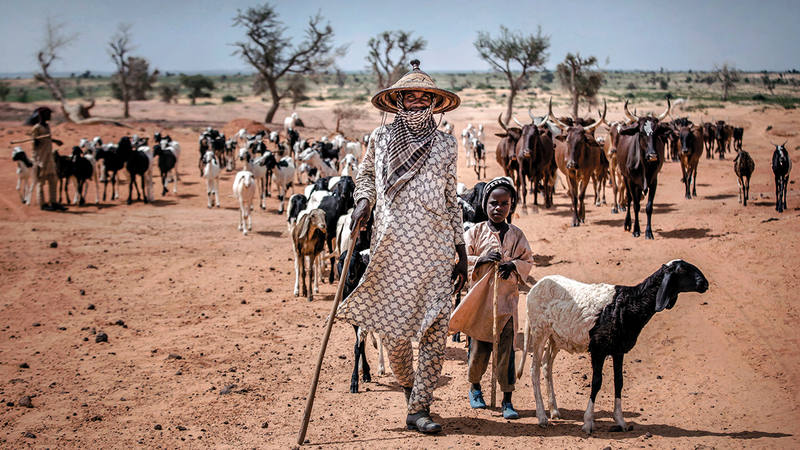 One billion people depend on raising livestock to live

The effect of grazing in arid regions.. with the vision of a new global study

The study was conducted on 5 continents.

In arid regions, grazing can be “beneficial in relatively cold climates that are locally rich in biodiversity,” but becomes “largely harmful in hotter regions with poor biodiversity,” according to a study conducted on five continents, calling for local solutions.

One of the most important aspects of this study, which was jointly conducted by the National Institute for Agricultural and Environmental Research, the French Center for Scientific Research and the University of Alicante in Spain, is that it provides a global view of the impact of pet grazing in drylands, where more than a billion people depend directly on raising livestock for their livelihood.

The results of the study, published in the journal Science, could contribute to “the development of more sustainable grazing management,” aimed at “mitigating the effects of climate change and desertification,” as stated in a statement by the National Institute for Agricultural and Environmental Research.

This work presents a picture of the impact of grazing in arid regions (where it rains little) in 26 countries.

"We selected about 100 sites divided into three or four plots, which resulted in the identification of 326 areas in total, where grazing pressure was different (from low to high)," explained Nicolas Gross, a co-author of the study from the National Institute of Agricultural and Environmental Research.

He added, "We have developed standardized protocols to assess the effects of grazing pressure on soil fertility, carbon storage, protection from erosion, and forage production."

The results of the study showed that grazing is “generally beneficial in arid regions with a relatively cold climate, such as the plains of Mongolia or Patagonia, and in ecosystems that show high animal and plant biodiversity, such as the African savannah and the Mediterranean thicket,” according to the statement.

The diversity of plants and herbivorous mammals in these areas enhances the provision of basic tasks, such as the production of fodder for livestock, or the storage of carbon and soil fertility, while limiting soil erosion.

Otherwise, the institute indicated that "the effects of grazing become harmful to a large extent in the most arid, hot and poor biodiversity regions, as is the case in some semi-desert regions near the coast, such as Namibia, Australia or Mexico."

“In these hot, arid regions, where there is less vegetation, the fertilizing effect of grazing (which is associated with herd droppings) is less because it evaporates faster,” Gross explained.

It does not enhance biodiversity and may exacerbate erosion.”

"The way we will manage ecosystems locally will help make them more or less resilient to climate change," the researcher explained.

Therefore, it is necessary to favor “local solutions that take into account the entire ecosystem, agricultural practice, soil nature, warming and biodiversity.”

In arid regions, grazing is beneficial in cold climates, but it becomes harmful in hotter regions.