With “Stories of Surrender”, Bono recounts his autobiography in a new show

The singer of the group U2 published his autobiography on November 1 and decided to take the opportunity to perform during a unique show where he tells his story and that of one of the greatest... 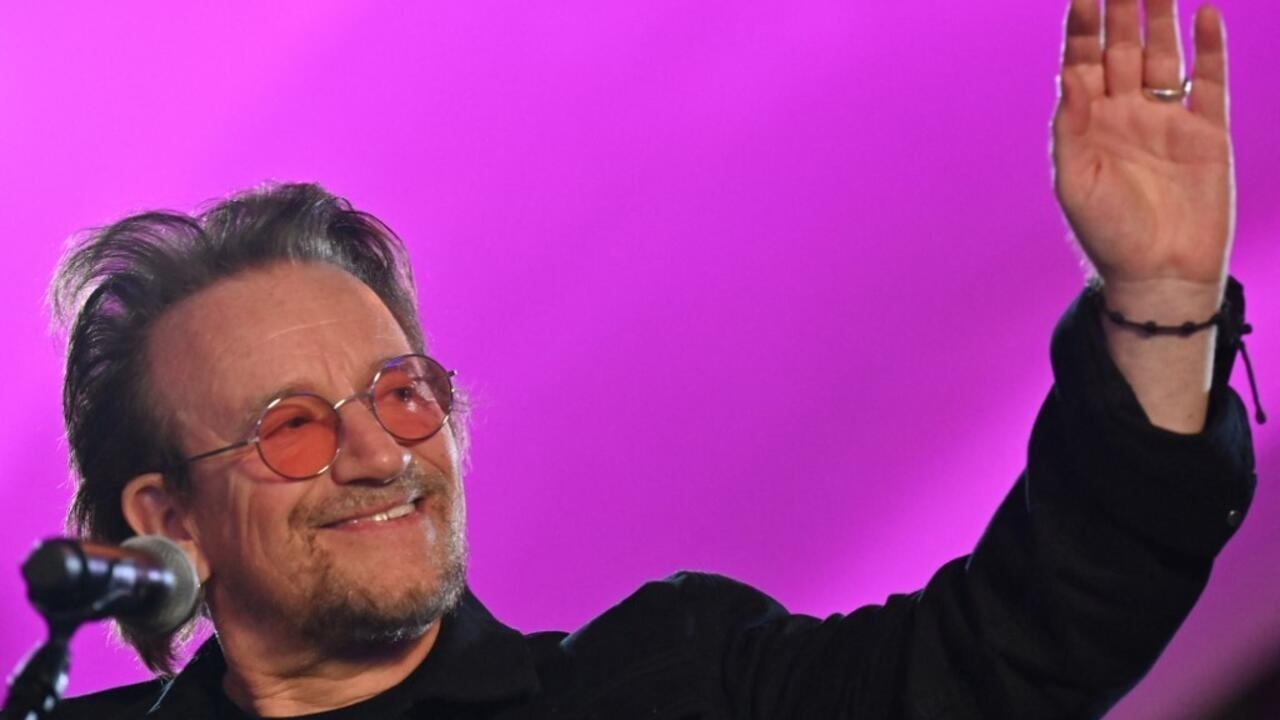 With “Stories of Surrender”, Bono recounts his autobiography in a new show

Singer Bono, during his visit to kyiv in support of the Ukrainians on March 8, 2022, released his autobiography on November 1 before leaving to promote it during a 14-date mini-tour to present a new show on his life.

The singer of the group U2 published his autobiography on November 1 and decided to take the opportunity to perform during a unique show where he tells his story and that of one of the greatest rock bands in the world.

He performed in Paris, at the Grand Rex, this Friday, November 25, in an intimate atmosphere far from that of the stadiums he is used to filling.

For the promotion of his autobiography, Bono could have been content to do things simply by touring the storefront bookstores to autograph the pavement which tells his life, but as so often over the past 40 years, the leader of U2 preferred to see things bigger.

was obviously too good an opportunity to get back on stage.

Bono has thus taken up the challenge of turning his autobiography into a show:

of fourteen dates between North America and Europe

for which the Irishman has chosen to favor small venues.

Seeing one of the biggest rockstars on the planet, accustomed to filling stadiums with tens of thousands of seats, perform in a 2,800-seat hall like the Grand Rex in Paris is an experience in itself.

Especially since once is not custom, Bono goes on stage this time without his always acolytes, even if from the outset, he wants to be reassuring: "

The Edge, Larry and Adam gave me gave their permission

Bono's hitting the road for the #SurrenderMemoir Book Tour.

Join him for an evening of words, music & some mischief as he brings the stories of his life - live & in person - to 14 cities across North America and Europe.

For nearly two hours, the singer looks back on the great moments of his life and tells his story, and by extension that of U2.

With a certain talent as a storyteller, he remembers his adolescence and the chaotic rehearsals of these four little guys from Dublin who were not predestined for worldwide success.

He also returns, and above all, to the turning point marked by the death of his mother when he was 14, his complex relationship with his father and his love affair with his wife, Alison Stewart, whom he met the same week as the other members of the group.

" in a new format

is thus a sort of hybrid UFO between a “

”, as the singer describes it, complexed by his size, a musical and a rock concert, all accompanied by cellist Kate Ellis, harpist Gemma Doherty and music producer Jacknife Lee on percussion and keyboard.

One might fear that the hitch is a little wobbly, but it must be admitted that the Irishman succeeded perfectly in mixing genres and showing an acting talent that he had never exploited until at such a level.

Bono's hitting the road for the #SurrenderMemoir Book Tour.

Join him for an evening of words, music & some mischief as he brings the stories of his life - live & in person - to 14 cities across North America and Europe.

Throughout the show, Bono retraces his career in song by taking up U2 classics such as

With or Without You

Where the Streets Have no Name

, specially rearranged for the occasion.

Sometimes funny, very often moving, especially when he talks about his parents.

In particular, his mother Iris, and the void her death left when she collapsed, victim of a ruptured aneurysm.

I never went to her grave, she wasn't dead, she just disappeared

Because if Paul Hewson, the real name of the leader of U2, affirms that his autobiography is first of all "

a love letter to his wife

", the show which features her resonates in every way as the testimony of

affection upset of a son for his father

is punctuated by the discussions that the singer recalls with Bob Hewson in the "Sorrento Lounge", one of the rooms in the pub where the father and his son used to meet.

Bob was a tenor, someone who sang really well

A father who, however, had very little regard for this son on the rise to the rock pantheon, even going so far as to reproach him "

for being a baritone who takes himself for a tenor

These recurring conversations between Bob and Paul are unquestionably the strongest and most poignant moments of the show, but they also mark its limits.

Difficult in two hours to transcribe the complexity of the relationship that united Bob Hewson and his son, or to explain why the death of Iris is certainly the event without which U2 would never have really been what it is today. today.

To understand these subtleties, you will probably have to read the more than 500 pages of

, especially since the show is exclusively performed in English and is intended above all for connoisseurs of the Irish group.

Some of the singer's allusions are indeed difficult to grasp for the uninitiated.

is nonetheless a success both for its uncluttered staging (a table and four chairs, nothing more) and intimate as for the emotion that Bono manages to convey to his audience.

dream was to take the risk of being disappointed

" and who did not understand what "

" could find in his son.

During a last sequence of the show where the singer is at his father's bedside in the hospital on his deathbed, the rockstar wonders: "

“, he explains, he who thought he had more time to get to know his father.

, the last nod to the father/son encounters at Dublin's “Sorrento Lounge”.

As if to prove to Bob that after more than 40 years of career, the baritone has finally turned into a real tenor.