After two rounds of voting, the prestigious prize was crowned by 7 votes, against 5, the Franco-Lebanese journalist Sabyl Ghoussoub. He won the Goncourt High School Students 2022 on Thursday for his second novel "Beyrouth-sur-Seine", a "homage" to his "parents" and "to those exiled from war". 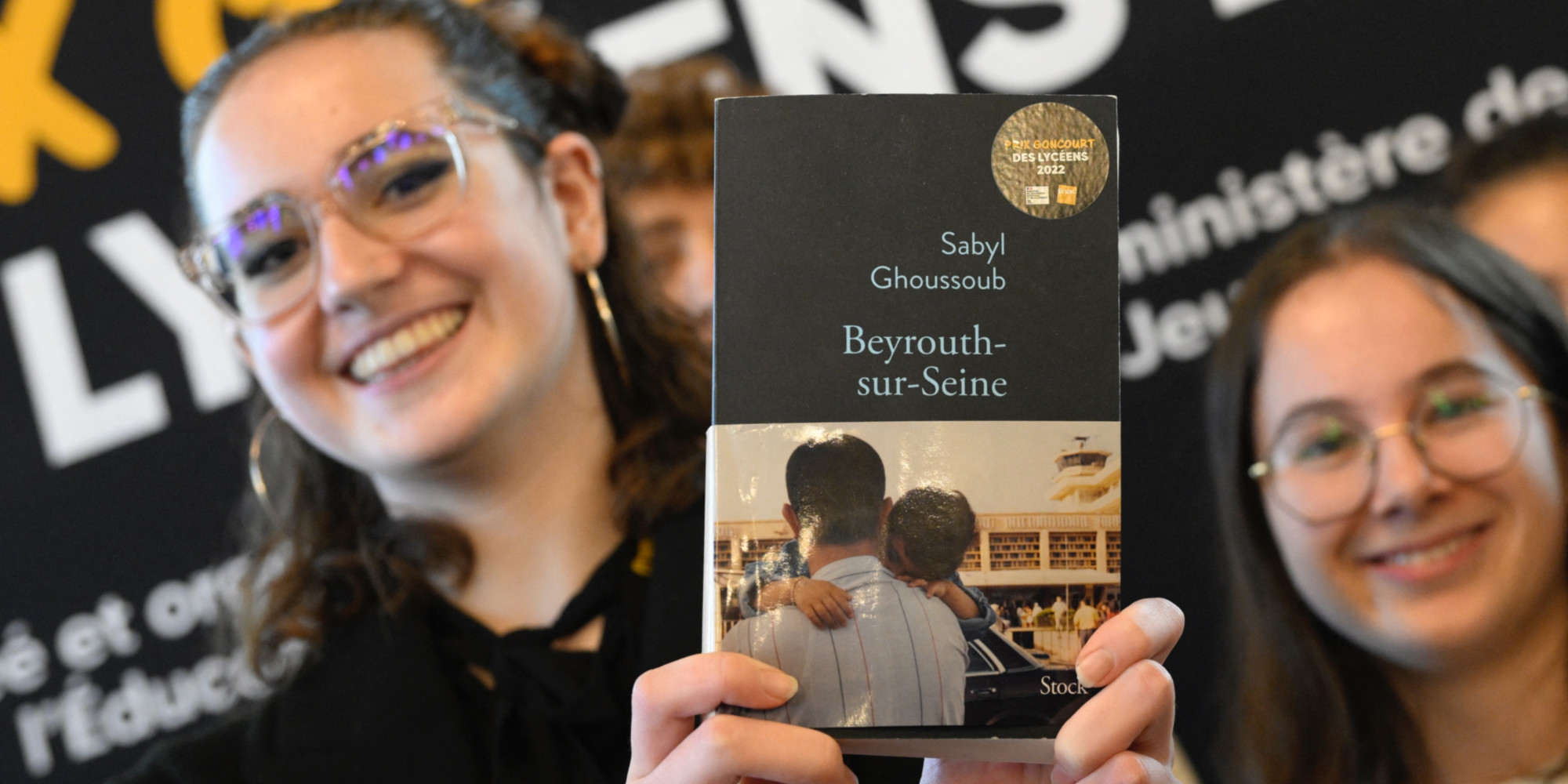 After two rounds of voting, the prestigious prize was crowned by 7 votes, against 5, the Franco-Lebanese journalist Sabyl Ghoussoub.

He won the Goncourt des lycéens 2022 on Thursday for his second novel "Beyrouth-sur-Seine", a "tribute" to his "parents" and "to the exiles of the war".

At the heart of the novel, a reflection on family and immigration

"This book is a tribute to my parents, to the exiles of the war, I think a lot of the living. It's a beautiful personal story that goes far beyond the story of my parents and I will never thank you enough for this pick," he added.

(ed. Stock), his second novel, the Franco-Lebanese columnist and journalist offers a reflection on the family and immigration, by questioning his parents who came to settle in Paris in 1975 when the war will ravage their country.

After two rounds of voting, the prestigious prize was crowned by 7 votes Sabyl Ghoussoub, against 5 for the philosopher Nathan Devers and his book

The prize will be awarded to the winner in Paris at 7:00 p.m. at the Ministry of National Education.

After more than two months of diligent reading of the 15 works in the selection of the prestigious Goncourt prize, the jury of the 35th edition of the Goncourt des lycéens decided on Thursday during final deliberations the four finalist novels.

Among the last four nominees was Pascale Robert-Diard, legal columnist for the newspaper

(ed. L'Iconoclaste) whose novel had been selected for the Grand Prix du roman de l'Académie française. .

Her book tells the story of a middle school student who faces the legal consequences of her accusations of rape and sexual assault.

And the Swiss journalist Sarah Jollien-Fardel for Her Favorite (ed. Sabine Wespieser) which focuses on attachment to land, intra-family violence and the difficulty of exile.

Goncourt's little brother, the Goncourt des lycéens takes place every year from September to November and allows some 2,000 students from general, technological, professional and agricultural high schools, from the second to the BTS, to discover contemporary literature and arouse a taste for reading.

(ed. Flammarion), crowned by the Goncourt 2022, had not been selected.

The selection of Goncourt high school students, created in Rennes in 1988 and organized by Fnac and the Ministry of National Education, was announced Monday after deliberations in the region.

This year, the Prize mobilized 55 high schools in the region and abroad (United States, Canada, Lebanon).

Seven meetings between students and authors have been held in recent weeks in the regions.

Very prescriptive in terms of sales, the jury's choice is an opportunity for high school students to offer their view of the novels of the new school year.

Last year, the Goncourt des lycéens was awarded to Clara Dupont-Monod for