Repression in Iran under debate at the UN Human Rights Council

The bloody repression of the demonstrations which have shaken Iran for two months is being debated on Thursday at the United Nations Human Rights Council, which must decide whether to launch an international investigation… 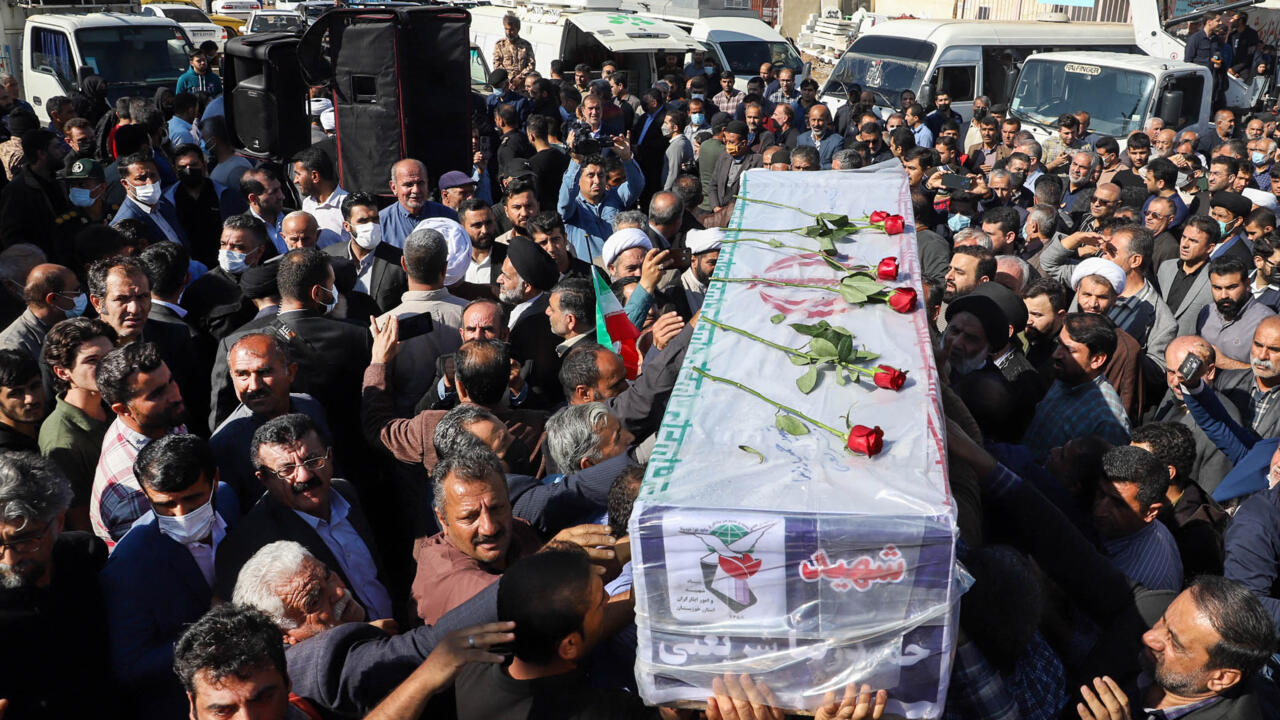 The bloody crackdown on protests rocking Iran "must stop," the UN human rights chief urged Thursday, November 24, before the UN Human Rights Council, which must decide whether he wants to launch an international investigation into the abuses of which Tehran is accused.

The 47 member states of the UN's highest human rights body are meeting urgently to discuss the "deteriorating human rights situation" in Iran, at the request of more than 50 member countries. UN and at the initiative of Germany and Iceland.

“The unnecessary and disproportionate use of force must stop”

"The unnecessary and disproportionate use of force must end. The old ways and beleaguered fortress mentality of those in power simply don't work. In fact, they only make the situation worse," Volker said. Türk, at the opening of the meeting.

"The Iranian protesters have no seat on the Human Rights Council in Geneva, they have no voice at the United Nations," German Foreign Minister Annalena Baerbock said ahead of the meeting. .

Thus, the Council "can raise the voice for the indivisible rights of the Iranian people", she added.

For two months, the repression has killed at least 416 people, including 51 children, according to the NGO Iran Human Rights (IHR), based in Norway.

This wave of protest – born of demands for women after the death of Mahsa Amini arrested for having worn the Islamic veil incorrectly and which turned into a challenge to power – is unprecedented in its scale and nature since the Islamic Revolution of 1979 According to Volker Türk, 14,000 peaceful demonstrators who were also arrested, "a staggering number".

Iranian justice has already pronounced six death sentences in connection with the demonstrations.

Towards an international investigation?

The Council will have to decide on Thursday whether to appoint a team of high-level investigators to shed light on all human rights violations linked to the crackdown on protests.

According to the draft resolution presented by Germany and Iceland, this independent international fact-finding mission should include "the dimension of gender-based violence".

This involves collecting evidence of violations and storing it so that it can be used for possible future prosecutions.

Many diplomats, rights activists and other Iran scholars have expressed strong support for the initiative.

"We must do all we can to expose the truth about what is happening in Iran and support the Iranian people's calls for justice and accountability," US Ambassador Michele Taylor said.

Tehran for its part is struggling to find enough allies to defeat the resolution.

"With a long history of colonialism and violation of the human rights of other nations, the United States and Europe cannot claim to be defenders of human rights," tweeted recently. Iranian Foreign Ministry.

And the minister, Hossein Amir-Abdollahian, tweeted to his German counterpart that his country's response to Germany's "provocative, interventionist and undiplomatic positions" would be "proportionate and firm".

It is not yet certain that the resolution will be adopted.

A growing resistance - under the leadership of Russia, China or even Iran - is building within the Council against the efforts often initiated by Western democracies to condemn individual states for human rights violations. .

These countries suffered a bitter defeat last month, when they tried to put on the Council's agenda a debate on the repression carried out by Beijing in the Xinjiang region.

The Council has already expressed concern about Iran's human rights record when in 2011 it appointed a special rapporteur to monitor Tehran's actions.

His mandate was renewed each year.

"It should pass," said Omid Memarian, analyst at Democracy for the Arab World Now (DAWN).

If so, he told AFP, it would give protesters "a huge morale boost" and send a warning to those responsible for the crackdown that "the rest of the world will not be safe for them".