The brochure announcing the scores to be performed in Lviv by the Lugansk Orchestra referred not only to the planned Richard Wagner pieces but to others... 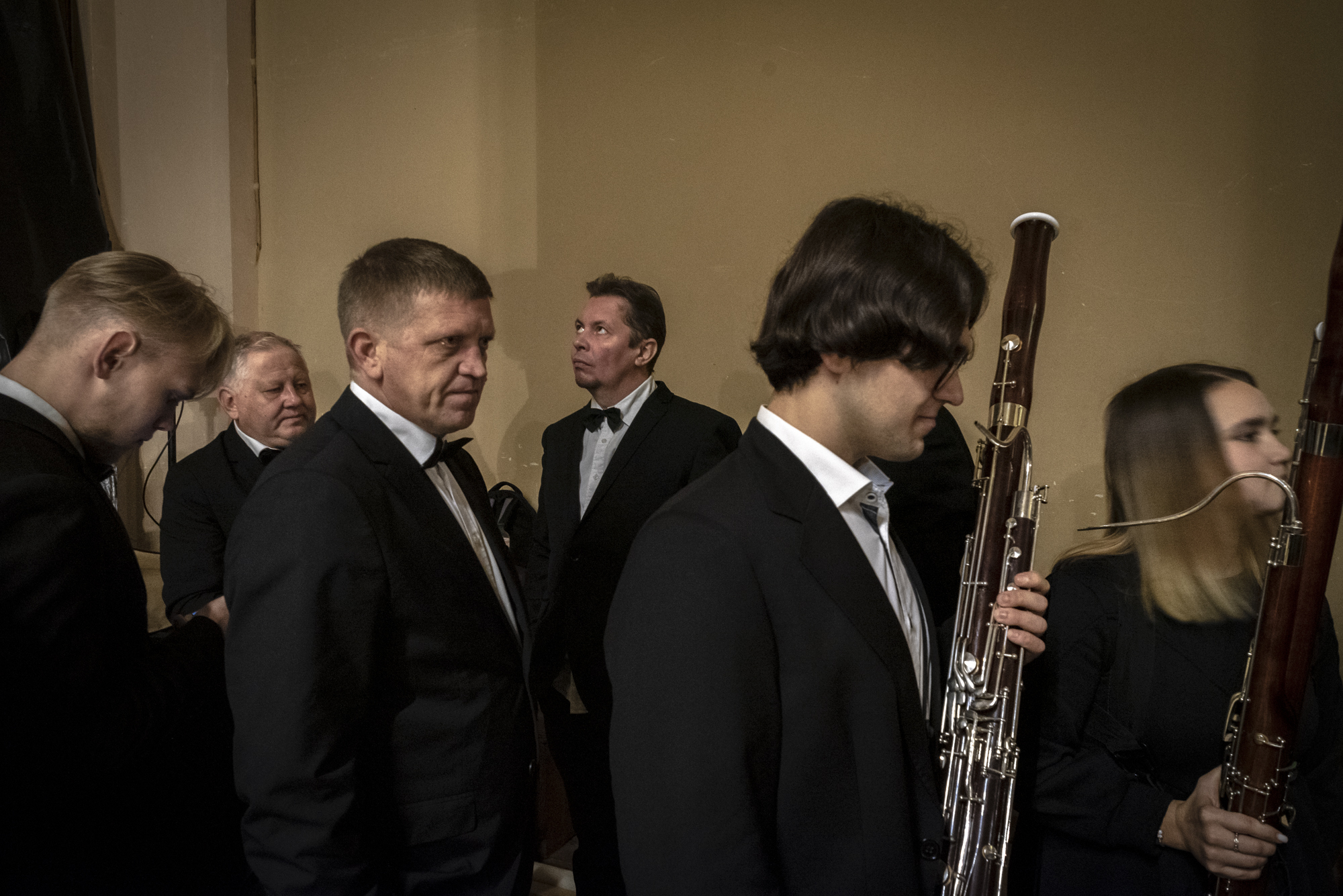 The Lugansk Orchestra, exiled in Lviv, becomes a symbol of its country's resistance, at the expense of Russian tradition: it no longer plays Stravinsky or Tchaikovsky

The musicians of Lugansk, in Lviv.ALBERT LORES