“The main thing is that the material is good”: Igor Petrenko - about negative characters and the series “Barents Sea”

On the Rossiya TV channel, Oleg Fomin’s series “The Barents Sea” is being broadcast about the struggle of Soviet counterintelligence officers against the professional Finnish saboteur Lauri Tarni, whose role was played by Igor Petrenko. In an interview with RT, the actor told why he initially refused to participate in the filming, what difficulties he had to face in the preparation process, and what principles he is guided by when choosing roles. 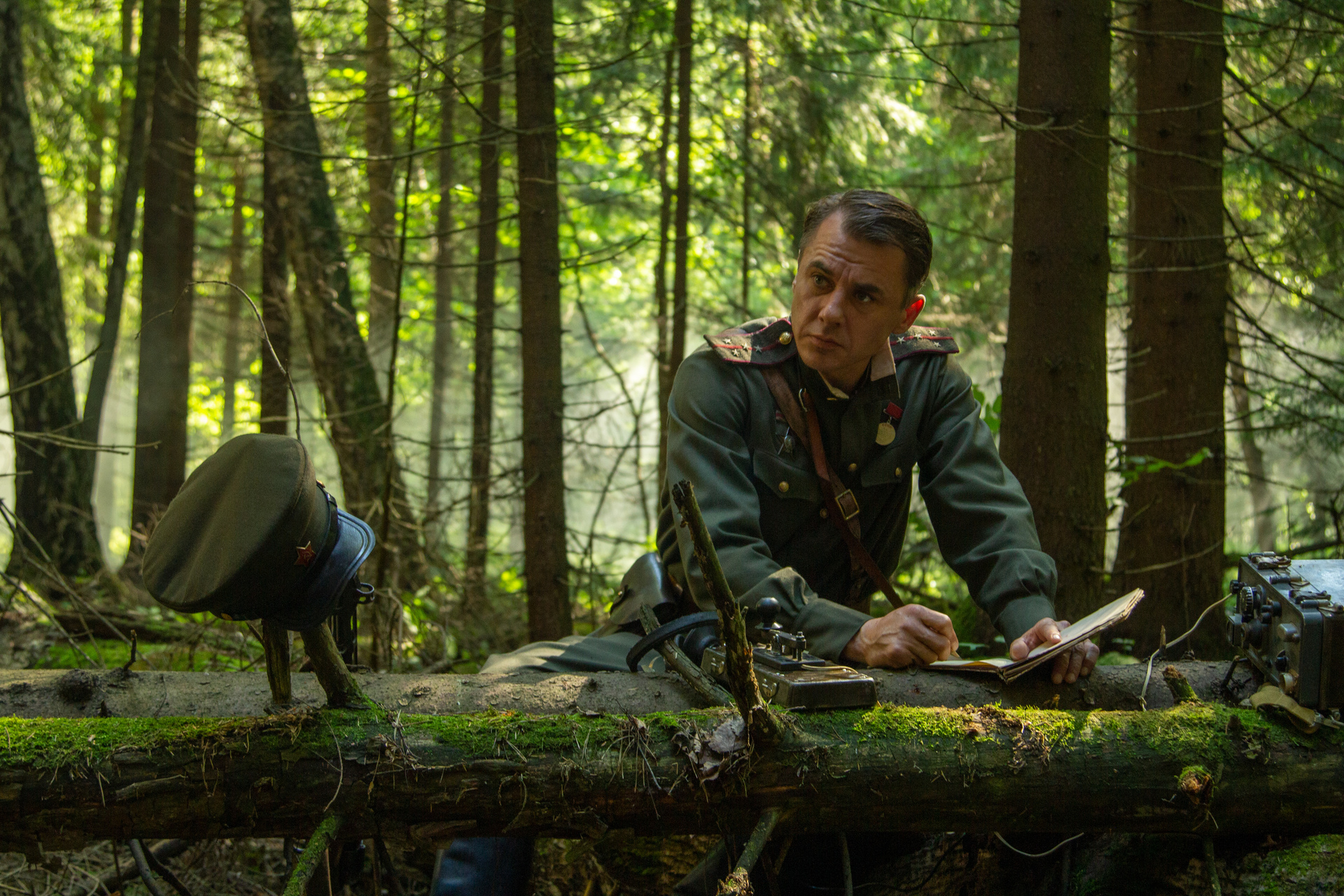 - "The Barents Sea" - a spy series about the Great Patriotic War, not the most common genre now.

What did he personally do to you?

- Somehow, during the filming, Oleg Borisovich Fomin approached me and immediately intrigued that he was going to shoot an interesting story, in which there is a real challenge for me.

But when he said that he would need to play a Finnish saboteur, a villain and a murderer, I answered without hesitation: “Borisych, no!”.

But then the process of persuasion began, where the following argument sounded: “You are a professional.

You must own your entire palette."

It is clear that we, especially film actors, want to be heroes, the best, most beautiful princes.

But from a professional point of view, this work turned out to be quite tempting.

At least by the fact that the character, Tarney, is forced to hide, he has the need to constantly change his appearance, and with it, the character and habits also change.

He has to transform into completely different people, which for me, as an actor, was, in part, a challenge.

Then we started discussing, arguing, there were numerous meetings where an understanding was formulated that it is always bad when there are certain “giveaways” for positive characters in the cinema, and good confidently defeats evil.

Here the task was set to complicate the life of positive characters as much as possible.

The enemy, as happens in life, is far from stupid and cowardly, he is cruel, terrible.

The best of the best must go out to fight such an enemy.

That's when the image of a positive hero really works.

There was also the task of making Tarny the least suspicious.

He knows how to use his charm and thus gains confidence and does his dirty work.

In the end, we accepted this challenge.

We are me and my wife, actress Kristina Brodskaya, who received a similar offer.

We were offered to play a couple of villains.

In general, after long conversations, we agreed, now we sit and worry.

Because the theme of the Great Patriotic War is sacred for us.

- You mentioned that initially there was rejection - after all, it is difficult for you, with your patriotic position, to play an implacable enemy of our country ...

- Yes, I am an absolute patriot, to the marrow of my bones, I grew up in a military family and found the Soviet Union, albeit outgoing, all the same.

And for me the concept of patriotism is very true, formulated and beyond doubt.

- How much did this internal conflict help or hinder in working on the role?

Did you have to break yourself somewhere?

- At the heart of my personal patriotism, in any case, is contemplation, philanthropy and protection.

Here I had to let in thoughts of terrorism.

Tarney is a real terrorist.

He does not consider human casualties, and any citizen of the Soviet Union for him is an enemy who does not arouse any feelings in him.

This is one of the biggest difficulties that haunted me throughout my work: on the one hand, to deeply experience and love my fellow citizens and everything connected with our country, and on the other hand, to let in thoughts of hatred, anger, and desire all this destroy.

- When you were preparing for the role, did you study historical materials related to the prototype of your character - Lauri Törni?

We did not have the task to draw an absolute parallel with his personality.

This is a kind of reference to him, but we, after all, have a movie, an invented story.

I understood that this was a specialist, a scout who had undergone serious training and then acted on enemy territory.

I needed to concentrate on the given circumstances that are happening around my character.

What roles do you gravitate towards as an actor?

To positive, negative, or so ambiguous?

I don't tend to be negative at all.

Another thing is that, from the point of view of the profession, a negative character is more interesting in performance.

The positive is always within certain limits - decency, behavior, their ideals.

It often happens that a positive character is boring, uninteresting, absolutely predictable.

Its task is to carry an idea, an image.

The negative hero in the cinema, apparently realizing his inevitable loss, begins to excel in his hooliganism.

And here I already try to choose ... I refuse from many works where negative characters are offered to me, I don’t even bring it up to discussion.

When you work on this or that character, you live with a certain energy and start letting it into your life.

I consider myself in that category of actors who ... are not artists.

I feel more like a stalker - I walk through different territories, psychologies, depths.

So it has developed over the years that my professional approach boils down to the fact that I try to let everything go through myself, to find myself in the circumstances offered.

There is a "school" rule in the acting profession - not to play a certain character, not to portray, but to show that it is - "I am in the circumstances."

To do this, you need to pass through yourself the understanding of motivation, partly become a lawyer for your hero.

As, for example, there was, in my opinion, a very complex character Andriy in Taras Bulba.

I had to go through a rather serious inner path in order to justify him for myself, and to understand his motivation - which led him to lead the enemy army against his own brothers, against his father.

It's important to try to feel the character, and I don't want to feel everything.

- You have a very clear and open patriotic position, while some actors avoid such projects in which you, on the contrary, act in films ...

“I want to be with my people, with the history of my country.

If you try to understand these issues that we have today, you need to pay attention to history, to all the events that have taken place over the past 30 years.

And it will become clear that what is happening today is a kind of summing up, a milestone.

And what happened in our country over the past 30 years, since the collapse of the state... We came to Crimea to rest, and I didn’t have any thoughts that I was going to the territory of some foreign state.

We talked and worked together.

But over the course of 30 years, the state policy of Ukraine has changed so much, not without the help of the West, and it suddenly turned into a state that is pouring such poison in our direction, such anger that we simply cannot afford to continue such relations.

You have starred in many feature films based on historical events.

There was Syria, Chechnya, the Decembrists, the Great Patriotic War now.

Now they have started making films about the events in the Donbass.

If you are invited to such a project, would you agree?

— What does it mean about Donbass?

The topic is very broad.

If you mean whether I want to participate in creating the image of a person who spends most of his life underground, mining coal, or a defender-warrior, then I consider it an honor.

The main thing is that the material is good and interesting.

And the team gathered professional, with burning hearts.

- You are practically not present in social networks.

Your Instagram* page has not been updated for a long time.

Are you not interested in this format of interaction with the audience?

And if they approach you on the street, do you communicate?

- When a person approaches you with an open mind, perhaps even overcoming excitement, awkwardness somewhere, but at the same time experiencing a stream of positive emotions - and I feel and see it.

Then my soul also responds.

And we disperse, go on about our business, but charged with very correct, positive energy.

When it comes to social media, it all takes a lot of time.

You become a hostage, you need to constantly pay attention and as a result it starts to affect your life.

When the decision was made to block Instagram, we did not try to bypass it.

And I realized that I had a lot more free time.

I am the deepest introvert, despite the fact that I have such a profession.

I can sit in one place, silently, for an hour and a half, without doing anything.

But for myself, I will redo so much during this time.

Both the thought process and the emotional process are very closely related to my profession.

Although, when there was a pandemic, and we were thinking about what to do while at home, I decided to read the book “The Adventures of the Yellow Suitcase” to my children.

We thought: why not do it for other children?

Then the whole family began to figure out how to illustrate the title of the chapter in the conditions of the apartment, we got a lot of pleasure.

For such cases, you should use social networks, but you need to take it seriously, I guess.