Comedian Kadir Meral joked about Turkish President Recep Tayyip Erdogan for several minutes in "Svenska Nyheter" on Friday. Now the feature has reached Turkey, where it caused an uproar. 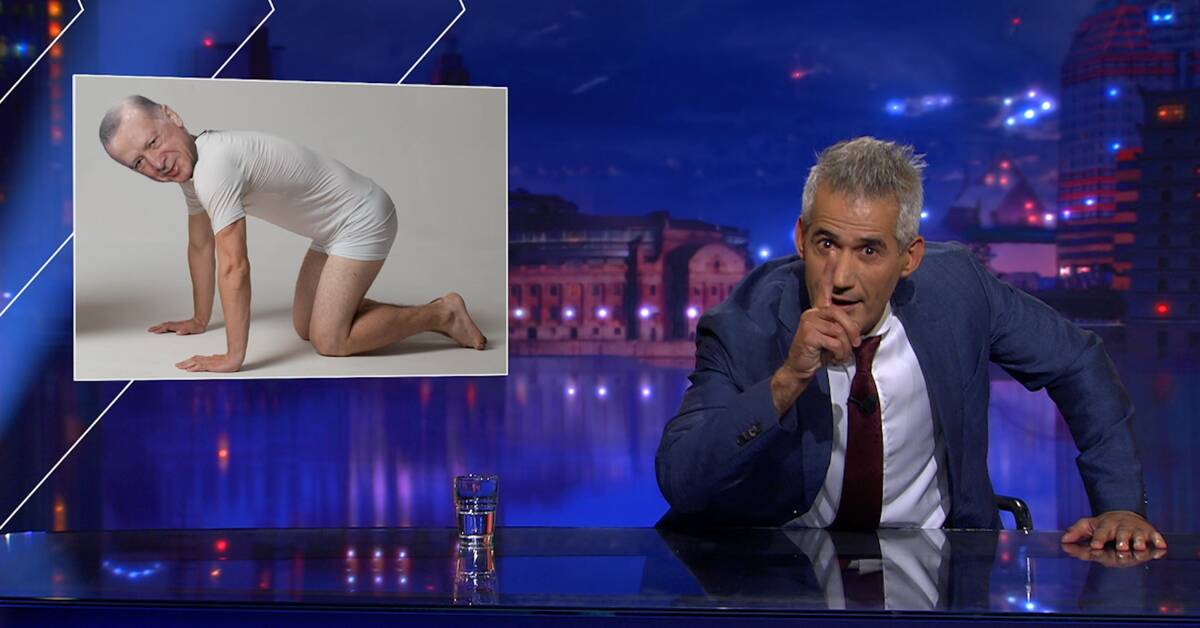 "If I want to turn 'Svenska Nyheter' into Kurdish news, I will do it," Kristoffer Appelqvist said in Friday's episode of the satirical program "Svenska Nyheter" and hands over to the Swedish-Kurdish comedian Kadir Meral where he jokes about Erdogan for about ten minutes on the Kurdish language Kurmanji.

The move has sparked reactions in Turkey.

- We have seen it before in German cases where comedians played with Erdogan when he gave it a lot of space and was upset about it and let it affect the diplomatic relations with the countries, says SVT's Turkey correspondent Tomas Thorén.

Dagens Nyheter writes that the editors have been contacted by a Turkish journalist who asked if the program is run by terrorists since the feature has spread in Turkey.

Turkey has not yet approved Sweden's and Finland's membership application to the NATO defense alliance.

This week, negotiations will be held in the Turkish capital Ankara, where representatives of the Turkish and Swedish justice ministries will, among other things, discuss how extraditions should be handled.

- The NATO issue really characterizes the Swedish-Turkish relationship at the moment.

And it's quite tense considering that Turkey says it will continue to stop Sweden and Finland from joining NATO.

Membership in the parliament will not be ratified, says Tomas Thorén.

Last summer, Erdogan said that he demanded that Sweden hand over 73 people - something that worried other Swedish Kurds.

"Svenska Nyheter" has previously caused anger in China based on a feature about Chinese tourists.