See photos of the most expensive falcon in "Abu Dhabi Hunting" .. and this is its price

A rare falcon snatched the spotlight at the Abu Dhabi International Hunting and Equestrian Exhibition 2022, which concludes its 19th session at the Abu Dhabi National Exhibition Center, today, Sunday, amid a remarkable turnout from the public. ), in a million 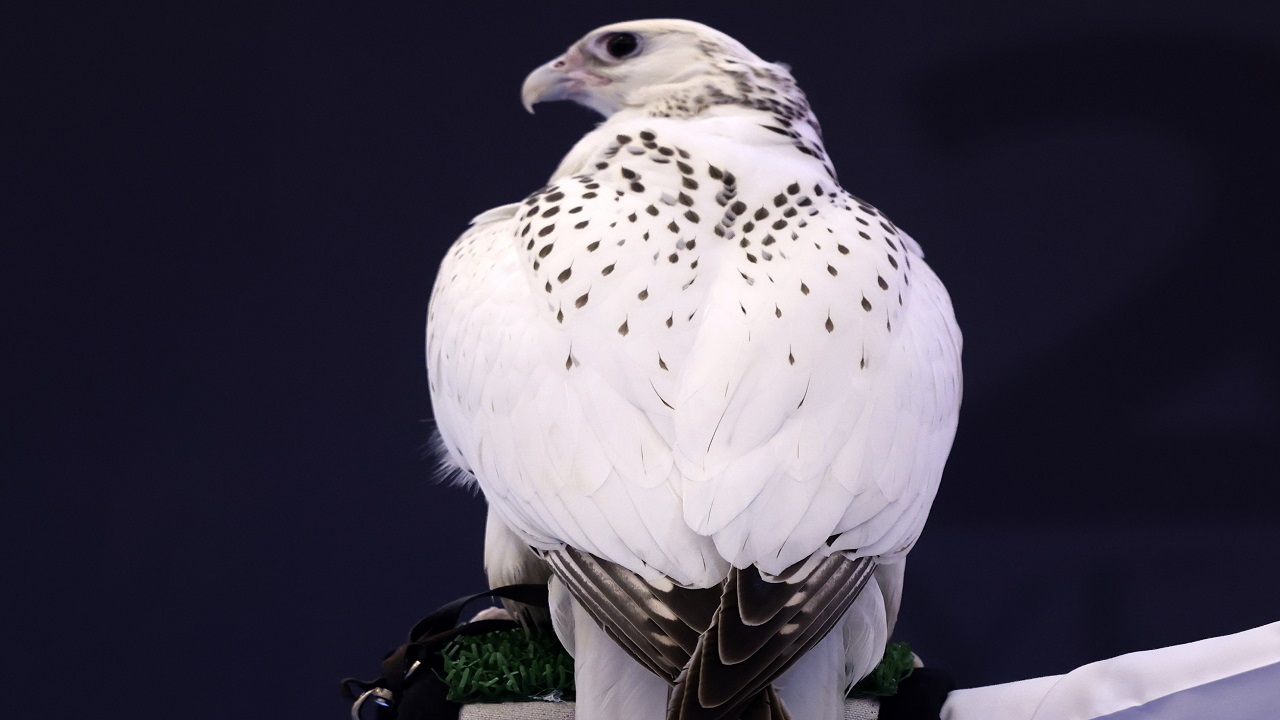 See photos of the most expensive falcon in "Abu Dhabi Hunting" .. and this is its price

The exhibition witnessed an auction, during which the falcon (pure gear of the American Ultra White breed) was sold for one million and 10 thousand dirhams (about 275,000 dollars), with an original value of one million and 500 thousand dirhams, but the owner allowed it to be sold at this price in support of the exhibition and its visitors and the status of the event He and he are professionals, hobbyists, lovers of hunting and falconry.

The official of falcon auctions at the 19th session of the exhibition, Khaled bin Sifan, said, "One of the features of the falcon is that its blood is clear, its quality is high, and it is of a rare species, and it is certainly known who bought it." As well as the level of hawks that are bidding on them.

He stressed that when they pay any amount in any falcon, they are well aware of its true value, even if the purchase was made at a reduced price for visitors to the exhibition.

He added that the presence of such types of falcons is one of the most important elements of support and distinction for "Abu Dhabi Hunting and Equestrian", so the exhibition has become one of the most important events awaited by falconers, hunters and falconers, pointing out that the exhibition not only attracted rare falcons in support of falconers, but also worked Giving free falcons to buyers throughout the days of the 19th auction, with two free falcons drawn every day between buyers, in addition to a free draw on 19 falcons for visitors on the last day of the exhibition.

The exhibition has established its position in the falconry world as a preferred destination for falconry enthusiasts with the aim of obtaining captive-bred falcons that are unique in their specifications, beauty and hunting performance.