Bella Hadid's spray dress has Spanish origin, and it's not the first time you've seen it

Bella Hadid being sprayed at the end of the Coperni fashion show brought to mind the closure of one of the greats, Alexander McQueen in 1999. The similarity of the moment is undeniable: the... 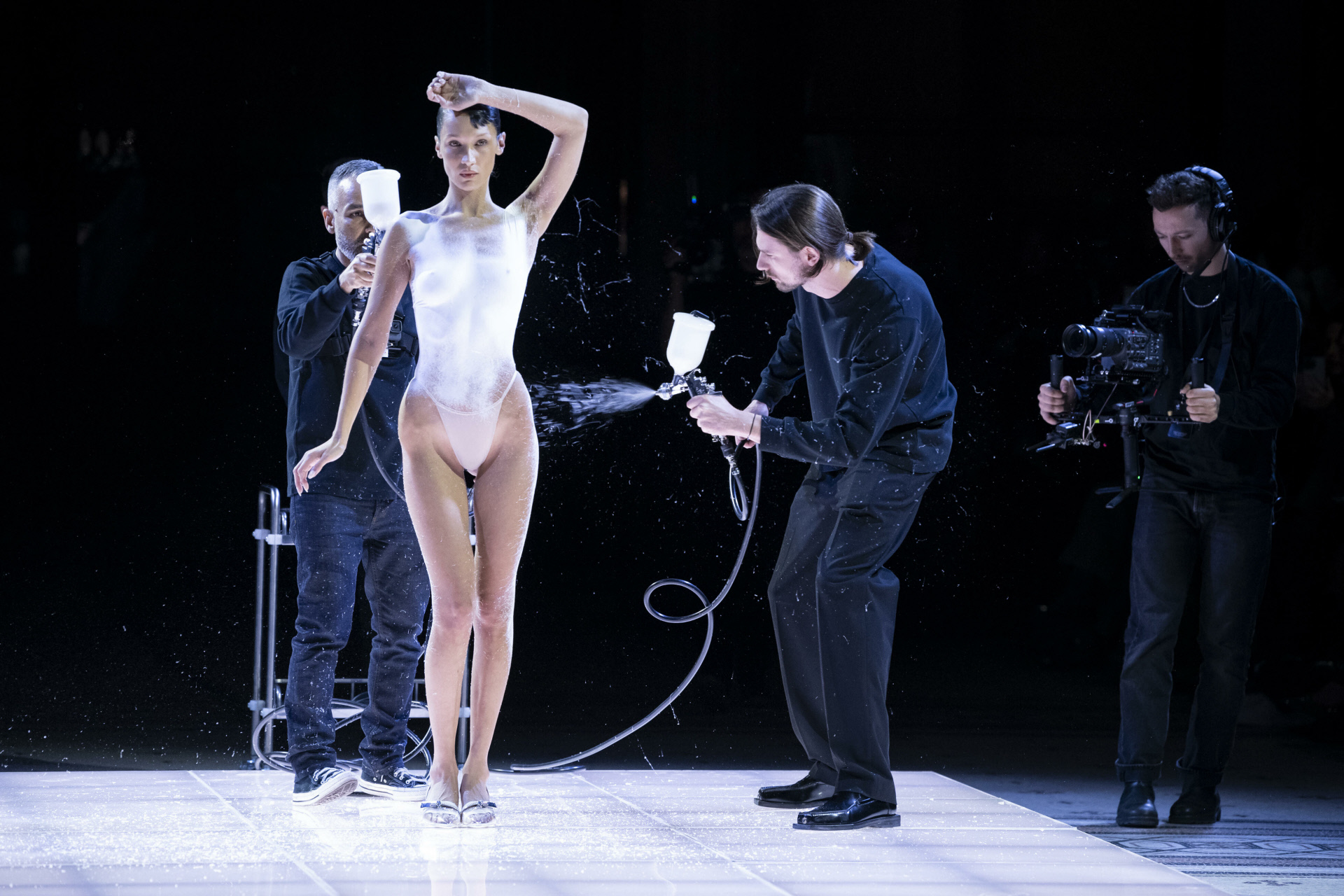 Bella Hadid being sprayed at the end of the Coperni fashion show brought to mind the closure of one of the greats, Alexander McQueen in 1999. The similarity of the moment is undeniable: the

conjunction between technology and human creativity,

two ideas that society has committed to to face and that not only can coexist, but can give rise to milestones as surprising as these.

Why not, Bella Hadid's spray dress at Coperni is not going to be forgotten.

Among other things, and with the permission of the impressive performance, because she is of Spanish origin.

If you have been attentive to the fashion news of the weekend, surely it sounds familiar to you;

if not, let us tell you.

The company responsible for this

is Fabrican and it was started by a Spaniard, Manel Torres, who lives in London and after studying at the Royal College of Art, founded in 2003 the company that is now on everyone's lips.

The origin of Fabrican

been dedicated to research for years, a

trajectory parallel to that of Manel, who until 2013 was a resident in the department of chemical engineering at Imperial College of London.

It makes sense: it was in 2012 when Fabrican came up with spray fabric.

As you can see, it's not like it's anything from the day before yesterday.

In that year, Manel, Fabric and Coperni herself already collaborated to create

with a train based on 3D structures and a tight bodice that revealed the marks of the spray.

It was also a revolutionary event that, however, did not have the same impact as what just happened at Paris Fashion Week.

Call it the Bella effect, call it copying what has already worked.

The magic of the spray

Fabric's technology is especially curious because, perhaps, seeing how the spray settled on it, one could think of a finish like latex, but nothing could be further from the truth: Fabric's spray

in a solution of polymers, which evaporate on contact with the skin.

That is to say, fabric 'usual', if you want to call it that.

It is what allowed to cut an opening that moved naturally or to lower the straps of the dress created on the skin.

Moment of making the dress on the body of Bella Hadid.Gtres

Fabrican maintains that its technology, which is respectful of the environment, has various applications, among which, logically, fashion stands out.

"It will allow the user to

with endless combinations and free designers, letting them create new and unique garments," they explain on their website.

In addition, they point out that it can "accelerate the traditional process of building garments", "repair and recycle old clothes", "draw with fibers" and create "seamless pieces", just like Bella's dress.

Bella Hadid and her dress

As in the spring-summer 1999 McQueen show, the model's performance has been fundamental.

And while at the time, and because of the designer, a bit of drama was needed, Bella simply had to let her statuesque body

It was not body painting, it was not an empty act: it was proof that

technological advances are not going to ask permission to sneak into our closet,

and that does not have to scare those who still prefer the needle and thread: there is room for both.