At first glance it looks like a spaceship in the embryonic phase, under construction. The footprint of the monster in the heart of Los Angeles is huge. It's easy to think and more... 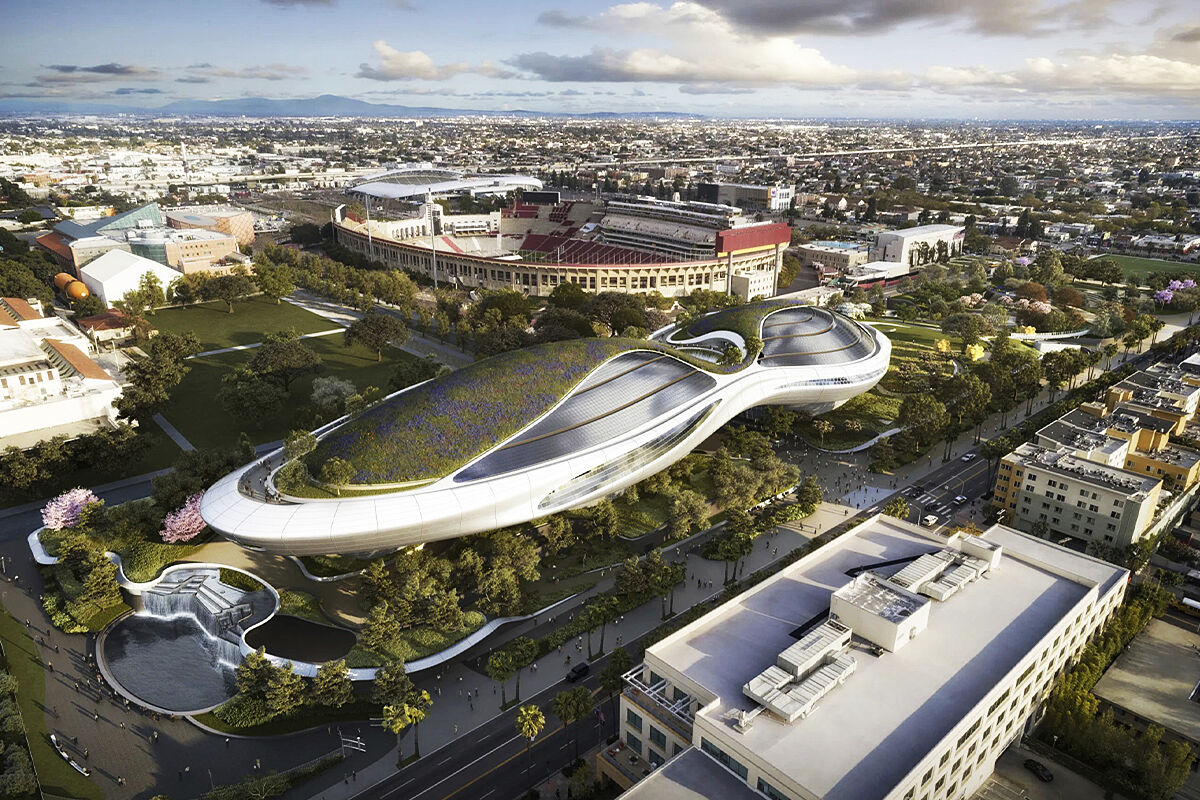 At first glance it looks like a spaceship in the embryonic phase, under construction.

The footprint of the monster in the heart of Los Angeles is huge.

, the creator of the

more than 100,000 objects including paintings, photographs, comics and film paraphernalia

His dream of exhibiting it all in a dazzling museum is moving forward, albeit at a much slower pace than they had projected.

The Lucas Museum of Narrative Art will open its doors in 2025,

Its director and CEO, Sandra Jackson-Dumont, blames the pandemic and global logistics bottlenecks that have affected the supply of materials for the building

The added difficulty has been having to deal with a very unconventional design.

The museum does not have a single right angle on the façade and each of the 1,549 solar panels that cover a part of the roof has a unique shape and size.

Getting hold of the tons of steel, glass and cement that make up its essence has not been an easy task.

The delay in the works was a possibility that they had contemplated even without a pandemic, a contingency plan that for the moment has not meant an increase in the initial budget of

, covered almost entirely by Lucas himself and his wife, Mellody Hobson, including construction costs, art pieces in the collection, and an endowment of $400 million.

Jackson-Dumont's excitement as she shows the progress of the museum to a small group of journalists is very evident.

"I can't wait to share with the whole world this space that is blooming before our eyes," says the

former executive of the Metropolitan Museum in New York

The museum will be installed in the south of Los Angeles, a short distance from disadvantaged areas such as Watts or Compton.

Its 4.4 hectares of land are intended to be "an open space" of green areas -200 trees have already been planted in the surrounding gardens-, art, music and "life experiences" in front of the Los Angeles Coliseum (where the the 1984 Olympic Games) and the Museum of Natural Sciences.

In the middle, there will be a four-storey colossus with

panoramic views of the city and 10,000 square meters of exhibition space dedicated to "narrative art",

two high-tech cinemas with 299 seats each, a restaurant, a cafeteria, a parking lot with 2,300 seats , a specialized library and classrooms for students.

Lucas wants the children to play a fundamental role in his project.

"We are interested in being a museum that people can experience on their own terms while we get closer to students from local schools," the director tells EL MUNDO.

“It is also a meeting point where people can express themselves freely or have a romantic date on the top floor, surrounded by trees.

This space will be a show because the architecture itself already is, but with a purpose

It's not just about impressing.

We want to leave a cultural footprint.”

Pilar Tomkins Rivas, the institution's chief curator, clarifies that in no case will it be a museum dedicated to

"The collection is for much more than that,"

Although Lucas kept numerous treasures from the first six installments of the galactic series for years -before selling Lucasfilms to Disney for 4,000 million dollars in 2012-, he also acquired paintings, comics, sculptures, murals or photographs.

His background is extensive.

It recently added a tribute to Velázquez's

The catalog is so extensive that the museum has divided it into three sections: narrative art history, film art and digital art.

It also has original Winnie-the-Pooh and

should be the magnet that attracts more curious people to the museum.

There's the original Darth Vader mask, C3PO and R2D2 figures, and a host of galactic memorabilia.

But, in addition, it has material from filming such as

Trip to the Moon

, and digital art used to create

Resources will not be lacking.

Not only is Lucas's fortune behind it, but also the talent of his friend

, part of the museum's board of directors along with

A new flagship in the city of stars.