If the chromosomes are similar, is there a probability that the OOs are the same? On the 29th, SBS 'The Story of Biting the Tail', the first OOO incident in Korea was tracked with the subtitle 'Fighting with 0.001% probability - DNA and black jumper'. 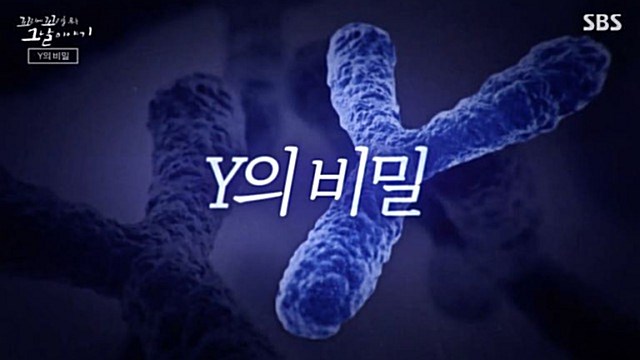 If the chromosomes are similar, is there a probability that the OOs are the same?

On the 29th, SBS 'The Story of Biting the Tail' (hereinafter 'Kokkomu'), tracked Korea's first OOO incident with the subtitle 'Fighting with 0.001% probability - DNA and a black jumper'.

A passerby found Choi, an employee who had collapsed on the side of the road in front of the coffee shop.

He is Mr. Yun, who works in a coffee shop, and was already dead when detectives found him.

Who was the culprit who came to the coffee shop before business on a lazy Sunday morning and attacked the employee?

The investigation was intense.

The forensic team and 150 police officers were mobilized to collect all suspicious objects within a radius of 1.5 km from the crime scene.

In a situation where it was difficult to identify the culprit even after investigating thousands of people involved, the police found another piece of evidence.

Finding bloodstains on the jumper presumed to be the criminal.

And through this, the criminal's DNA was detected.

However, there were too many suspects to identify the owner of this DNA.

At this time, the forensic team challenged an investigative technique that had never been done before.

The test was conducted under the premise that if the Y chromosome, which has paternal inheritance, and the Y chromosome are similar, there is a possibility that the surname is the same.

However, it was difficult for the National Forensic Service to convey these results to the investigation team willingly.

Because there are several variables.

However, the National Forensic Service researcher informed the investigation team of this fact with the feeling of catching straw at the end of a long haul.

And the police decided to try their luck and narrowed down the suspects.

In the rush of the investigation, the genes of about 50 suspects were collected one after the other.

And when the genes of the 25th suspect were taken, he noticed that his criminal history was brilliant.

He served 15 years in prison just two years ago and was released from prison.

In particular, his charges include murder and abandonment of the body, and he was shocked to find out that he had already committed murder as a teenager.

And during the investigation, something even more shocking came to light.

He was already a serial killer who killed three people when he was a teenager.

Also, his crime was found to be similar to the murder of a coffee shop employee, drawing attention.

The National Forensic Service compared the DNA of Mr. 25 with the criminal's DNA, and as a result of the analysis, it was confirmed that the two DNAs were identical.

And this case was recorded as the first case of the arrest of a suspect with a presumed surname.

The murderer was found to have killed a person for only 3,000 won, as the murderer Oh and the woman who died had no one-on-one relationship.

The culprit was antisocial personality disorder, a psychopath.