With American support... What is the secret behind the calls for changing the Security Council? Are the keys to power distributed among the countries of the world again? 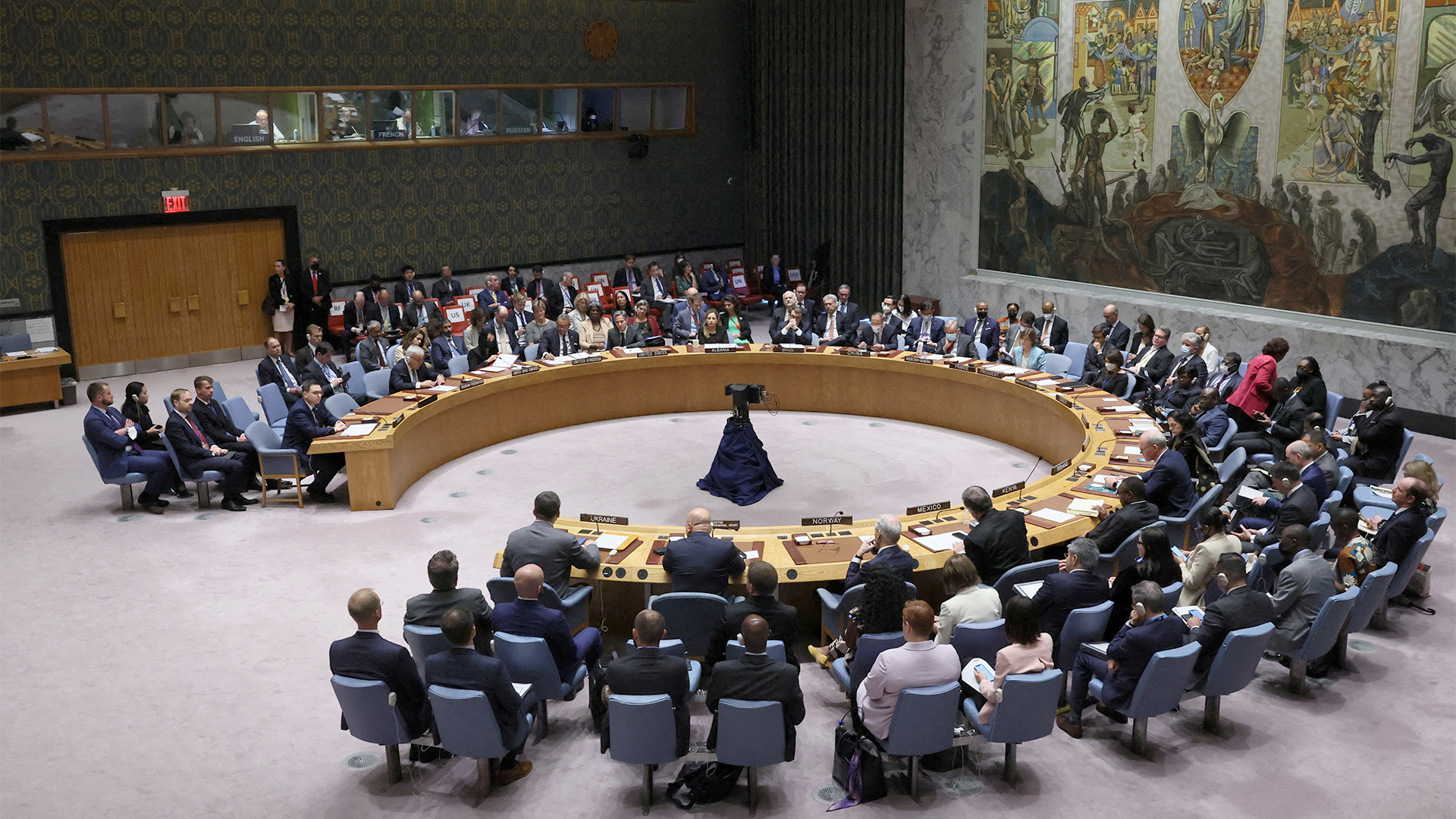 The "Scenarios" program (9/29/2022) continued the renewed demands to reconstitute the Council and change its current composition. Hassan Al-Barrai, Professor of International Relations at Qatar University, indicated that the war on Ukraine prompted the US administration to demand a change in the composition of the Security Council;

Because it is no longer able to perform the task entrusted to it of maintaining international peace and security.

This is in the context of putting forward the idea of ​​expanding the membership of the UN Security Council for discussion on the podium of the United Nations General Assembly, as France and the United States - both permanent members of the Council - have expressed their support for the demands of African, Asian and South American countries that have called more than once to introduce fundamental reforms to the United Nations. its affiliated structures, especially its executive branch;

The UN Security Council, which has the primary responsibility for maintaining international peace and security.

In this regard, Al-Bari pointed out that there is a geostrategic competition between the permanent members that have the right of veto that is able to block any decision, even if the whole world agrees on it, and this competition is what makes decision-making between those countries difficult to achieve, especially when one of them violates the Charter of the United Nations. United States to wage war against another country.

He also expected that there would be formal reforms that would not affect the essence of the features of the permanent members, indicating that the number of permanent states in the Security Council could be raised, as well as the adoption of the principle of "double veto", so that one veto would not be sufficient to strike any project.

For his part, the expert on United Nations affairs, Abdel Hamid Siam, said that the reform process of the Security Council is not new. Rather, there were previous attempts to transform the United Nations from its work as a policeman who submits his own reports after the end of the crime to a firefighter capable of putting out the fire.

He explained that there is a real impetus for change in the current period because there is a global conviction that unilateralism in the international system and the uniqueness of a country in international decisions is unacceptable.

He believed that the United Nations pillar is not limited to international peace and security, but also the demand to guarantee human rights and development, and it is likely that there will be long dialogues on reform, and perhaps an agreement may be reached to give permanent seats not to specific countries but to regional groups.

Who called for change?

Among the countries calling for change was Turkey, whose President Recep Tayyip Erdogan called on more than one occasion to reform the United Nations and restructure the Security Council, repeating his phrase "the world is greater than five", in reference to the five permanent members of the Security Council.

But these repeated calls found this time explicit support from US President Joe Biden, who said that it was time for the UN body to become more comprehensive so that it could better respond to the needs of today's world.

India also considers the current structure of the Council to be outdated, and its foreign minister said that reform of the Council is now enjoying great support among UN members.

As for Japanese Prime Minister Fumio Kishida, he said that the time has come to return to the principles and ideas of the United Nations Charter in order to establish an international order based on law.

For his part, Saudi Foreign Minister Prince Faisal bin Farhan said that renewing the council would be more just in representing our reality today, more effective in keeping pace with the transformations and developments of the international community, and more efficient in addressing its common challenges.

Senegal and the African Union President Macky Sall said it is time to support the just and legitimate African demand for Security Council reform.

As for the Russian Foreign Minister, he said that his country is working to create a new multi-polar world order, and that India and Brazil are worthy candidates to be permanent members of the Security Council.