An Egyptian pharmacist was killed by his wife, who was thrown from the balcony of the fifth floor

&nbsp;An Egyptian young man was killed after he was thrown from the balcony of his house on the fifth floor by his wife and her family. 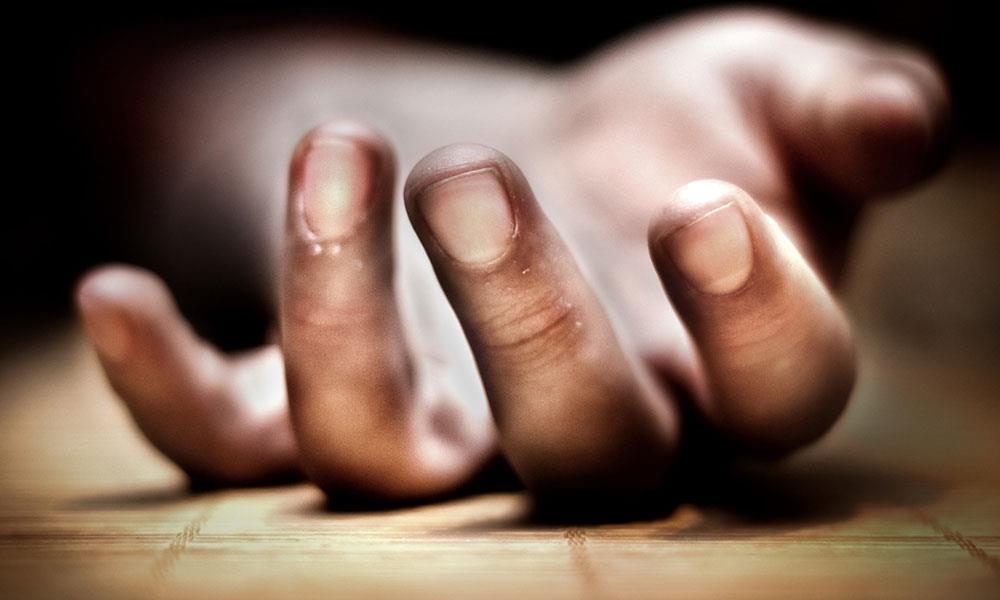 An Egyptian pharmacist was killed by his wife, who was thrown from the balcony of the fifth floor

An Egyptian young man was killed after he was thrown from the balcony of his house on the fifth floor by his wife and her family.

The crime sparked a wide state of anger among the pioneers of the social media, demanding the right of the victim, the pharmacist Walaa Zayed, who works outside the country and had returned to Egypt for vacation, according to "Al Arabiya Net".

The details of the incident are due to family disputes between the victim and his first wife due to his second marriage, which resulted in the wife bringing her father, mother and brother with some “thugs”, and they assaulted him in the marital apartment located in the Helwan area, and then threw him from the fifth floor balcony in front of his son to be thrown his death.

The hashtag #Right_Loyalty_Needs_ returns to the search engines on social networking sites in Egypt, to demand retribution for those who killed him, while some activists provided information about the pharmacist Walaa Zayed, who is from Al-Menoufia Governorate, praising his positions and good behavior with people.

It is reported that the deceased was an orphan of the father and the only one of his mother, and he had a child named Yunus

For its part, the family of the deceased pharmacist accused, in an official report, the victim's wife and her family of killing her only son after torturing him to sign certain concessions in favor of his wife and inciting 4 thugs to kill him.

After the husband fulfilled their requests, the thugs threw him from the balcony of his house on the fifth floor, and then took his body to the hospital to record it as a case of suicide, but the testimony of his friends and family, who tried to seek help at the time of his detention, made the police arrest the wife, her father and her brother and start an investigation with them.

According to the testimony of those who were present at the time of the crime, including his son Younes, the wife's father and brother were the ones who threw him from the balcony.

His wife's family said that they came to the apartment to force him to "divorce his second wife."

As a result, the pharmacist was forced to divorce his second wife via his mobile phone, and she accused him of seizing 25 thousand pounds from it, so he "thrown himself from the balcony of his house to be killed on the spot," according to the family of the dead man's first wife.

The police issued a report on the incident, and it was referred to the Public Prosecution to conduct the necessary investigations, before shocking details were revealed.

Where Facebook activists circulated pictures of the pharmacist's WhatsApp conversations before his death.

In the photos, it was shown that he was calling for his family and the residents of the apartment building that witnessed the incident, saying: "Oh people, I have thugs at home, I need someone to follow me or call the Helwan department."

Within a few minutes of that message, the residents of the property were surprised by the fall of Walaa from the balcony of his house, and preliminary investigations revealed "the involvement of the first wife's family in the incident."

According to preliminary investigations published by the newspaper "Al-Watan", the wife, accompanied by her family, accompanied by 3 others, to Walaa's house, and there was a scene between them that developed into a severe beating and insulting of him in front of his 7-year-old child, to force him to divorce his wife and sign trust receipts. .

The seven defendants were subjected to the Helwan Prosecution, for investigation and to reveal the circumstances of the incident, and the prosecution heard the statements of the child, the son of the deceased.

The child said in the investigations, "I saw them throwing a door from the balcony."