Liars in the digital age

Many of us may not know that rumors and false news are not a new phenomenon in the world. Rather, they are so ancient that we can trace their impact back to the first century BC, when Octavian, who later became - Augustus Caesar - the first Roman emperor, propagated false news in order to 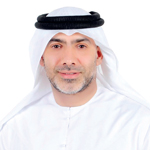 Liars in the digital age

Many of us may not know that rumors and false news are not a new phenomenon in the world. Rather, they are so ancient that we can trace their impact back to the first century BC, when Octavian, who later became - Augustus Caesar - the first Roman Emperor, promoted false news in order to be alone. with power and the elimination of his then opponent, Mark Anthony;

He actually succeeded in what he wanted, especially since at that time there was no way to verify the authenticity of the news, which helped spread it among various social groups, including intellectuals, politicians, soldiers and the general public.

The situation today is no different from what it was in the past, especially with the emergence of the Internet and digital platforms. However, the widespread spread of false information on social media has become a global threat that implicitly affects public opinion and threatens the social and economic development of various countries of the world.

In order to be fair, we must not put all false news in one box, because it is in fact divided into categories and types, the first of which is the false information that some people create without the purpose of deception and misinformation, but rather from a lack of knowledge, or it can be an expression of their purely personal opinions that describe conditions and explain phenomena according to moods and whims;

Here it is easy to verify for anyone who wants and wants, because it contradicts many basic and absolute facts, but it may sometimes carry some risks in the event of repeated hearing and circulation, because it will become familiar at the time and more believable.

And there are the news that are fabricated in pursuit of advertising money, and there are many more these days, as their creators adopt a strategy of mixing news articles with advertising, or creating sites that copy the content of famous and reputable sites, which prompts people to believe and share them;

Once they spread quickly, they drive traffic to their sites or pages on social media, so everyone inadvertently contributes to filling the pockets of these traffickers.

As for the most dangerous category, it is represented by suspicious electronic content that is deliberately designed for the purpose of misleading and to serve certain intentions and policies aimed at harming a country, harming its symbols, or undermining its economy and development path.

Unfortunately, this category has found its ideal incubator in the virtual world, especially after social media has become a major source of news for about 50% of the world's population, according to the latest statistics.

It is noteworthy that the growth of the fake news phenomenon has overshadowed its impact on real information and credible news, and many people now believe in conspiracy theories, and doubt everything they read or hear even in the most honest news channels, and you may remember the amount of false news promoted by social platforms during the “Covid-19” pandemic. Which in itself was an epidemic upon an epidemic.

I know that the solution lies in changing the concept of societal acceptance and urging it first and last to examine the facts and ascertain the news, through community awareness programs in general, and activate the role of schools and universities in enhancing critical thinking skills among young people in particular, but social media platforms remain a step ahead of us. Because it facilitates the spread of myths and fake news at unbeatable record speeds, we are today facing algorithms that rely on interaction and clicks, and there is no way but to confront them with advanced artificial intelligence algorithms and systems that verify accounts and check content instantly and throughout the moments;

And this is an obligatory task required of those in charge of those platforms, because some people, like it or not, will believe what they want to believe even if it is not reasonable at all!