For visitors to “Hunting and Equestrian” .. Antiques tell the history of Saudi reserves

The Abu Dhabi International Hunting and Equestrian Exhibition, whose activities will continue in its 19th session until the second of next October at the Abu Dhabi National Exhibition Center, will witness the distinguished participation of three major nature reserves from Saudi Arabia, which reflects the pioneering efforts made by the Kingdom to spread awareness of hunting methods. 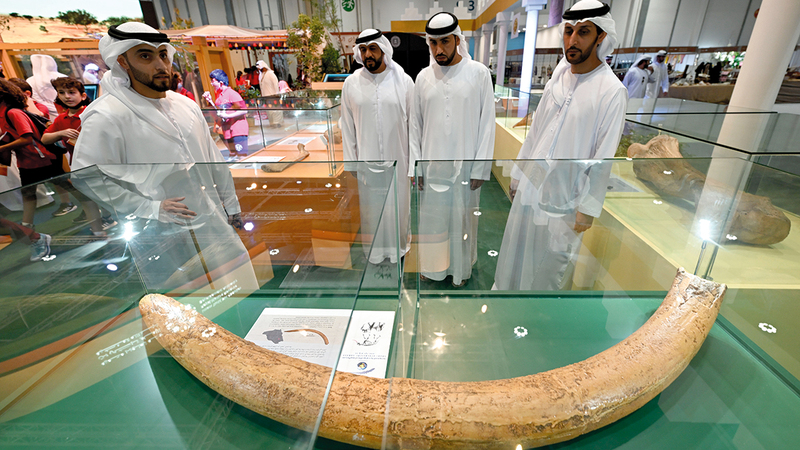 Outstanding participation from 3 major destinations in the Kingdom

For visitors to “Hunting and Equestrian” .. Antiques tell the history of Saudi reserves

The Abu Dhabi International Hunting and Equestrian Exhibition, which will run from its 19th session until the second of next October at the Abu Dhabi National Exhibition Center, will witness the distinguished participation of three major nature reserves from Saudi Arabia, which reflects the pioneering efforts made by the Kingdom to spread awareness of sustainable hunting methods and the preservation of the environment. Natural and heritage preservation.

At the forefront of those reserves that the Saudi participation in the "Abu Dhabi Hunting and Equestrian" organized by the Emirates Falconers Club is the King Salman bin Abdulaziz Royal Reserve, which is the largest nature reserve in the Middle East, with an area of ​​more than 130,000 square kilometers. It is made up of three main reserves distributed in the north and northwest of the Kingdom, which are: Al-Tabiq Reserve, Al-Khanfa Reserve, and Hurra Al-Hurra Reserve.

The King Salman Reserve, which has a long history, includes many archaeological sites and geographical reliefs that have been formed over the years, the diverse cultures of local communities, and valuable natural resources and habitats.

Today, it has become an attractive destination in the Kingdom locally, regionally and internationally, especially as it includes more than 14 diverse geographical formations, including volcanic craters, sand dunes, valleys, mountains and high altitudes.

While the pavilion of the Imam Turki Bin Abdullah Royal Reserve Development Authority, which is the second largest in Saudi Arabia, located in the northeastern part of the Kingdom, with an area of ​​91,500 square kilometers, attracted the interest of visitors to the Abu Dhabi Hunting Center with its displays of artifacts uncovered with the participation of The Geological Survey Authority, including an almost complete skeleton belonging to a huge elephant, was discovered and assembled, and it belongs to the Paleoloxodon reiki or Elphas reiki, an extinct species of giant elephants that lived in the Arabian Peninsula about 500,000 years ago on the outskirts of the freshwater lakes that covered parts of the Extensive areas of Saudi Arabia, especially the northern and northwestern regions of the Kingdom.

The height of this type of elephant exceeds four meters and is characterized by a swollen and raised forehead and long teeth composed of interconnected plates with a zigzag grinding surface.

The pavilion also displays, using modern technologies, the most prominent features of the historical reserve, such as Darb Zubaydah, its most prominent monuments, Larache, and the traditional “Leina” market, which is one of the oldest markets in the region, and was established for the purpose of trade exchange between Saudi and Iraqi merchants about 100 years ago. The smart “projector” that transmits an image of how to see the stars that appear in the sky of the reserve, in addition to an interactive screen, which also allows the visitor to register his desire to visit the hunting reserve, and learn more about it and about upcoming programs and events.

The third reserve is the King Abdulaziz Royal Reserve Development Authority, which was established in 2018 with the aim of conserving plant and animal species. It is located in the Riyadh region on an area of ​​28,136 square kilometers, and includes Al-Tanhat Kindergarten and Al-Khafs and the adjacent areas.

Hunting, pollution, logging and overgrazing are prohibited in the reserve to preserve and increase the vegetation cover and restore the biodiversity of endemic, fragile and endangered species.

The pavilion of the Imam Turki Bin Abdullah Royal Reserve Development Authority at the Abu Dhabi International Hunting and Equestrian Exhibition displays a part of the skull of the extinct Saadan Al-Hijaz 29 million years ago. Of its kind, where there is no parallel in the world, and named Saadan Al-Hijaz in relation to the area of ​​its discovery.

In addition to these excavations, the pavilion displays artifacts from the Abbasid era, including a wooden pencil case, a bronze crucible, a star lamp made of steatite, and a camel's shoulder with inscriptions on it.