Qatari solidarity with Hind Al-Muftah against an Israeli organization..Doha did not grant a license to Muhammad Ramadan

The Qatari platforms witnessed a wide campaign of solidarity with the Permanent Representative of the State of Qatar to the United Nations Office in Geneva, Hind Al-Muftah, after her candidacy for the presidency of the United Nations Forum on Human Rights, Democracy and the Rule of Law. 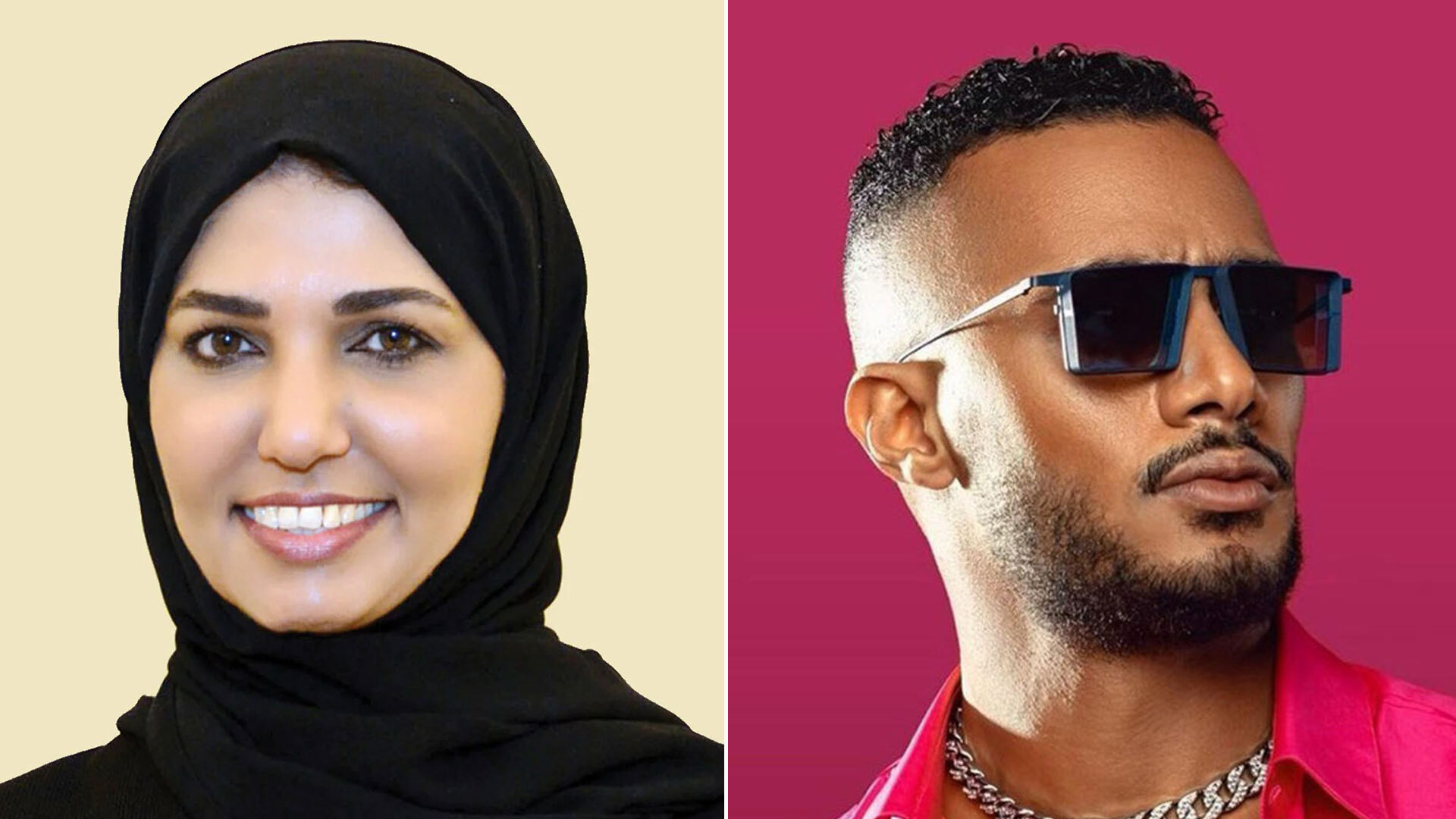 An episode (9/27/2022) of the "Shabbat" program highlighted the forum's selection of the Ambassador of the Bahamas at the United Nations Headquarters in Geneva, Patricia Hermans, to chair this forum in this session, which is scheduled to be held next November.

Candidacies for United Nations positions are usually preceded by a movement to support the files of candidates, so member states submit the names of their candidates, and then lobbies activate to support or reject a candidate.

Such things happen normally and no one usually cares about them, but the matter changed in the case of Hind Al-Muftah after a non-governmental organization supporting Israel, calling itself “United Nations Monitor”, announced that Ambassador Hind Al-Muftah lost her candidacy for that position after the organization submitted a report to the President The Human Rights Council calls for her candidacy to be rejected, due to a series of old tweets that she described as inciting hatred.

However, the strange thing is that Ambassador Hind Al-Muftah's Twitter account is currently closed, and there is no explanation for why it was closed.

The Qataris expressed their support for their country’s ambassador, as Abdullah Al-Emadi tweeted, “Losing the presidency of a forum or a committee of the United Nations bodies is normal, but rather routine and periodic issues that require some coordination and lobbies. The loss is not the important point as much as the importance of Dr. Hind’s persistence on her previous positions. ".

As for Ahmed bin Khalifa, he confirmed that Hind Al-Muftah won the hearts of Qataris and Arabs and wrote, "Hind Al-Muftah, you lost a position, but you won the hearts and love of millions in Qatar and the Arab world. You will remain a role model for Arab women in speaking the truth in the midst of an unjust international community."

In turn, Yousef Al-Mohannadi said that the Qatari ambassador was the one who won this race after exposing double standards and tweeted, "Yes, she is the winner, and at the same time, she exposed the double standards of the so-called Human Rights Forum."

The Forum for Human Rights and Democracy was established in 2015 and is held every two years for dialogue on the principles of human rights, democracy and the rule of law, in which states, United Nations bodies, governmental and non-governmental organizations and some experts participate.

In Qatar, too, a tweet by the performing artist and singer-singer-dancing actor, Mohamed Ramadan, raised a wave of questions on the Qatari communication platforms, after he appeared in it with another person signing what appears to be a contract, and he tweeted, “Finally, the strongest party in Qatar, dear sister, I see you well, and my best wishes to you.” With continued success and success, Emir and people, God willing, the twenty-fifth of November.”

The singers were divided between supporters and opponents of holding the ceremony in Qatar, where Mona Youssef addressed the Egyptian artist and said, "Unfortunately, your quest for money has lost a lot of your audience, even though you are a successful actor. bless you."

Muhammad Al-Saif said, "By the light of the Gulf, O legendary, O fortune of Qatar, Beck."

Zakaria Mahmoud mocked the Egyptian artist's tweet, and considered it marketing for him, and said, "The problem is the same post that came down in Syria, as well as rejecting, condemning and television interviews on the topic of the other. They are all marketing from something he admires, because actually there is nothing official."

While the tweeter Al-Waleed bin Muhammad asked the Qatari Ministry of Culture, he said, "Has a license really been granted to this person who spoke about Qatar?!" To the official account of the ministry, he replied, "We thank you for your inquiry, and we would like to warn that the ministry has not given any license."

The issue of granting a license to Mohamed Ramadan's concerts in Doha did not stop. The Syrian Artists Syndicate denied the existence of a concert for him after announcing a concert in Syria and said, "All that is being circulated are just rumours."

A campaign was also launched against the Ramadan party in the city of Alexandria, to respond to it with a video challenging this campaign and its supporters and roaming the streets of the city to confirm his popularity there.