Carmen Mola: "We are not prudish writers. If we are writing about evil, we are going to reflect it at its extreme"

There is a game of mirrors that crosses Las madres, the fifth novel signed by Carmen Mola (Alfaguara), the fourth dedicated to inspector Elena Blanco and her team. On one side of the... 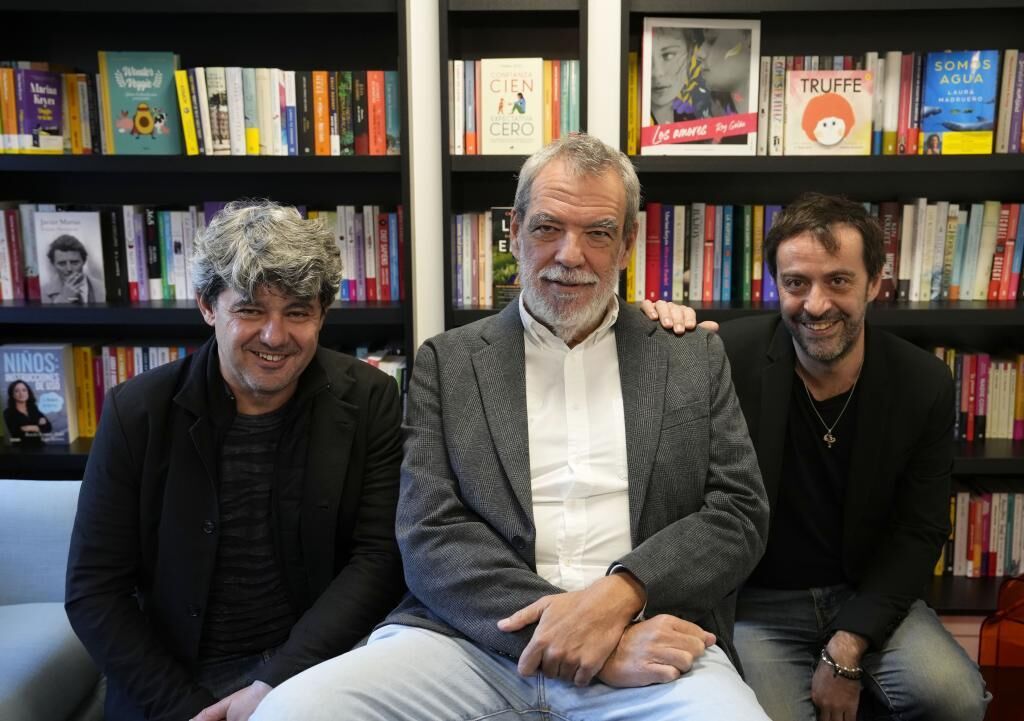 There is a game of mirrors that crosses

, the fifth novel signed by Carmen Mola (Alfaguara), the fourth dedicated to inspector Elena Blanco and her team.

On one side of the story are the so-called

: Blanco, Zárate and their colleagues from the Case Analysis Brigade (BAC): elite investigators, self-destructive, loaded with guilt and resentment who tend to have sordid sexual encounters with each other.

Their replica are the so-called bad cops, the members of La Section;

bad neighborhood agents united in a web of corruption who, however, take care of their neighbors (

also those who are in a weak position

They even make love well

They are, in fact, two police families, only one is dysfunctional and the other... The other too.

“At the end of the novel,

ones,” explains Agustín Martínez, one of the three screenwriters who write the Carmen Mola stories.

«The history of the Brigade is full of crossed red lines.

In The Section they also want to do good and cross lines to achieve it.

The difference is that the police officers of La Section process their contradictions well and those of the Brigade do not.

The Brigade and the Section cross paths in

: a man's corpse has had its internal organs ripped out.

In his hollow, the murderer has installed a dead fetus that carries the dead man's genes.

As the pages turn, that dizzying image will take Blanco and Zárate to a clandestine farm of surrogate wombs that is no stranger to the entanglements of The Section.

a part of moral reporting and revenge story.

«In Spain there are no such farms;

they are in India, in some countries of Eastern Europe... And, since they are far away, we ignore the brutality that they imply", says Jorge Díaz, the third cool carmen.

"It's like buying a shirt without asking where it comes from.

If the workshop in Pakistan where they make the shirt were installed on our street, would it change our behavior?

The first thing that catches your attention in

are the visual boasts: the dead, the worms, the viscera.

If we're writing about evil and violence, we're going to reflect it to its extremes. We're not going to do like those movies where, at the murder scene, they turn the camera away and focus on the fireplace

. But we also make a lot of containment efforts when writing so as not to lose verisimilitude and not to overwhelm the reader. What we would like to do is

, find the two fair details and not need one more brushstroke. But it is not always possible, " Mercero explains.

However, what ultimately matters are not those snapshots of brutality, but the survival of Carmen Mola's characters in that horror.

"Among so much darkness in which Elena and Zárate live, the question is where will they find the light, if they still have any chance of giving each other the affection they need," says Mercero.

"That's what they're trying to do, but

. There's a big subplot that runs through all four of their novels, which is whether they'll be able to salvage their love story."

A little to Stephen King, a little to Don Winslow and a little to David Simon "because the great theme of Carmen Mola is violence and inequality".

a bit of the Prado Museum

There are two moments in the story in which two children, two helpless and apparently innocent characters, appear as if they were an archangel and direct the eyes of the police towards a fringe that they had overlooked and thus unclog the investigation.

Doesn't that sound like children who in baroque paintings point to the key of the composition?

"They are a bit like Zurbarán's children, it's true"

His colleague Díaz adds that one of the essences of Carmen Mola's novels is on her stage, in a gloomy, shantytown and debased Madrid, "like Goya or

the legendary and feared warehouse of the Valdemingómez crane

, the Marconi neighborhood... That is the Madrid of Carmen Mola.

It will not be easy for Blanco and Zárate to find peace in places like this.

Will they get it?

. Also, I think the reader doesn't want them to get to that point. A novel is conflict and if Blanco and Zárate reach an agreement on something, we'll have to invent other problems for them," says Díaz.

"Well, I want there to be a wedding, that they be happy and that, instead of murder books, we write