At least eight journalists arrested in recent protests in Russia

At least eight journalists have been arrested across Russia in connection with their coverage of protests against the mobilization ordered by Putin last week. This despite the fact that several of them have clearly shown that they are there as press, according to Reporters Without Borders. 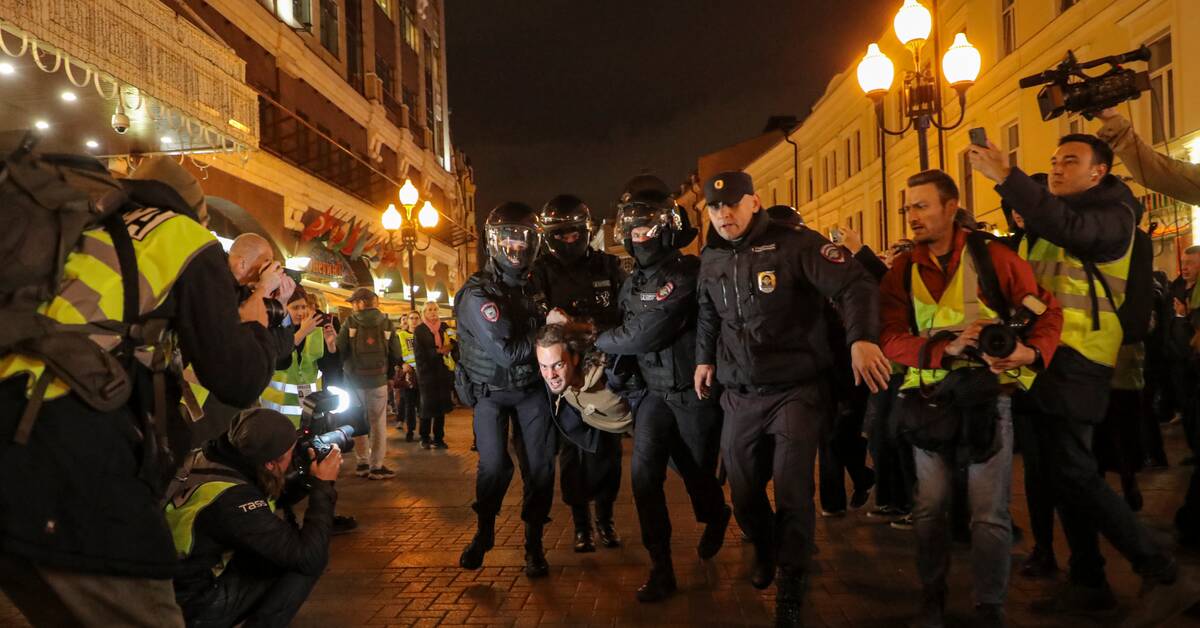 Vladimir Putin's order for partial mobilization was met last week with protests in some 40 cities around Russia.

Over 1,000 people are said to have been arrested in connection with the protests.

At least eight of those arrested were journalists who were there to cover the September 21 demonstrations, according to Reporters Without Borders.

Several of them clearly showed that they were journalists, by wearing neon yellow vests with the word "press" on them, or by showing press identification.

Despite this, they were taken into custody and questioned.

A journalist states that the police took her press card and vest during the arrest.

Another states that the police did not think her stamp on her press card was legible enough, and she was accused of “participating in an illegal act.

According to Reporters Without Borders, some of the journalists were fined, and some were prosecuted.