An American woman looking for a job has devised a unique way to get the attention of her "potential boss" and not let her resume be ignored. 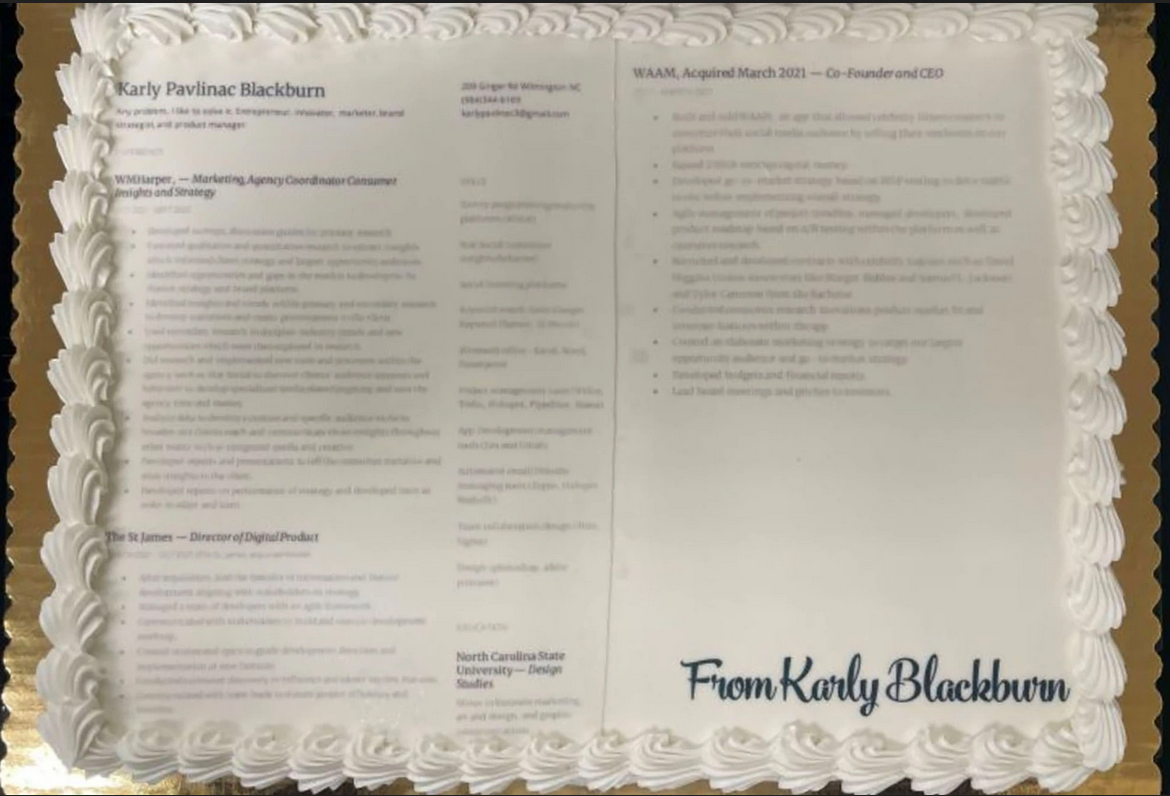 An American woman looking for a job has devised a unique way to get the attention of her "potential boss" and leave her CV to be ignored.

The 27-year-old posted details of her innovative way to market herself in a LinkedIn post and explained that the cake was sent on September 8, the day Nike celebrated Just Do It Day with its employees.

"Their team has no vacancies right now, but I wanted to find some way to introduce myself to the team, and there's no better way than to send a cake to a big party," Blackburn said.

Blackburn recently lost her job, according to the New York Post, which prompted her to look for a new job and find a way to get the Nike team to notice her desire to work for the company.

"I spoke to Baldwin on the phone and she said, 'Carly, I know this is important to you, and I will do whatever it takes to get this cake to the right person,'" Blackburn said.

Upon entering the company, Baldwin was asked to leave the cake at the front desk, but she insisted on making good on her promise to deliver the cake to the person in question.

And she actually reached the intended person in Nike, and she even asked him to take a picture with the cake to confirm that he got it, while he expressed his admiration for this idea and considered it "out of the box".

Blackburn noted that her eccentric errand inspired Baldwin to look for work as well, and was the reason for creating her own resume page on Linkedin.

Blackburn said it is now in touch with Nike about the job.