“If you're writing to buy yourself a mansion, to earn your father's respect, or to convince Zelda Sayre to marry you, forget it. There are easier ways and... 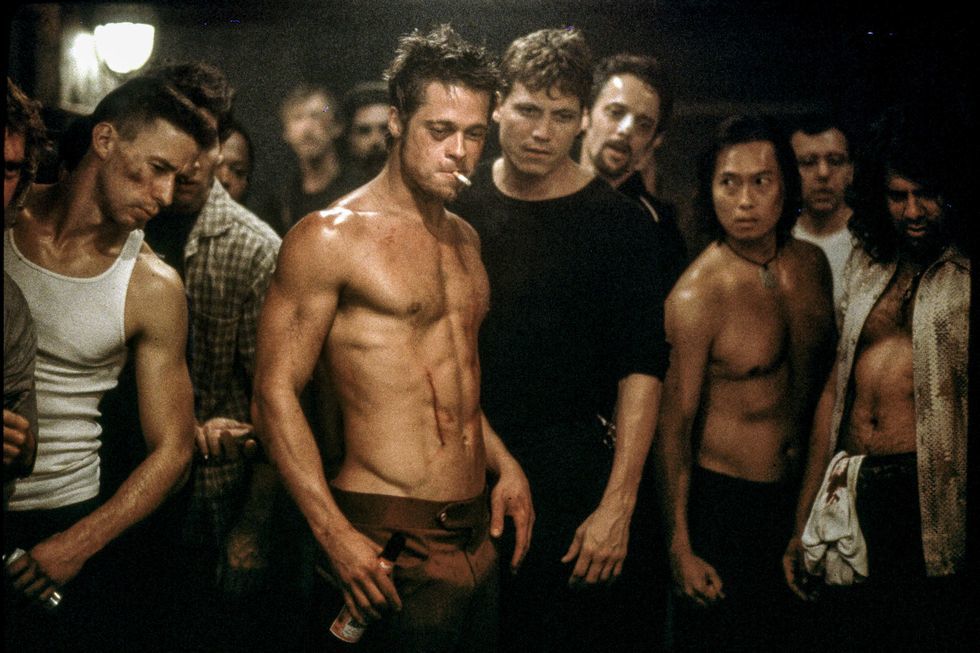 "If you're writing to buy yourself a mansion, to earn your father's respect, or to convince Zelda Sayre to marry you, forget it.

There are easier and faster ways to reach your true goal.

if you want to write because you love to read and write, consider the rewards

Because they are already written and plagiarism is a crime.

But some lucky person may become a novelist.

And Chuck Palahniuk (Washington, 1962) exposes some keys that will serve you in

Consider This: Moments in my life as a writer that changed everything

It is not very clear if he was born for it, what we do know is that he worked in a truck factory and

Hence this "gentle, no-frills manual" with more "practical information" than that of the "price-inflating writing gurus."

Let's go to the practice, where we will stop listing the rules even though the teacher recommends "using lists" to "compose a mythical and private inventory", for example, of "people to assassinate".

As a start, let's use a physical scene -«small voice»- to «flood the reader with adrenaline» and in the second scene we can move on to «a boring talk» -«big voice»-.

“The fault lies with the cinema.

Before "the most sophisticated public that there has ever been", Palahniuk defends against the majority opinion, it is necessary to create a "chorus" to "hide the seams of the narration";

“invent a world”, like that of a child, that “establishes rules and roles” so that “people can compare their lives”;

"subvert expectations" with "mistakes of language" such as "a long, elegant passage that ends abruptly with the wrong word," and, above all,

"enhance the physicality" of the story with "characters who take drugs or suffer from illnesses” or “showing sex, violence and medical procedures”

He also helps dead parents because the character is "surviving the reader's worst fears."

Stephen King: "It's better to win awards than see your name in the obituary column"

Stephen King: "It's better to win awards than see your name in the obituary column"

Rebecca Solnit: "The world's great emergency is not nuclear war, but climate disaster"

Rebecca Solnit: "The world's great emergency is not nuclear war, but climate disaster"

the author commits to writing in «boring places, with few stimuli, but in the presence of other people»: airports, car dealerships, hospital waiting rooms

... «You never know when you are going to find an idea, a valuable image or comment.

What you have to do is transform it into "a good start that creates a question and promises to answer it" and add two elements to it: "the watch" and "the gun."

The first: "Anything that limits the length of a story, forcing it to end at some point."

From a pregnancy to an inflatable doll that deflates passing through the burning engines of an airplane.

The second: “Something you present and hide at the beginning, hoping that the public will forget about it.

When you finally reveal it, you want it to be both surprising and unavoidable.

Once written comes the promotion and sale.

There are also techniques here.

“People often hold back for fear of offending or being judged.

But if you are the one who takes the risk and moves the first piece, you will be authorizing them to take the risk to share their stories.

you have to "go to parties" and "share the most uncomfortable and unflattering parts of life" so that the rest count theirs and establish relationships for the sale.

a "blueprint for freeloaders" versus "the guaranteed formula for success

“I would love to give it to you, but then everyone would use it.

(...) If I tell you some infallible formula, it would end up going under due to overuse».

So back to the plan.

"An American best-selling classic usually has three main characters": the good guy, the rebel, and the thoughtful narrator.

The key is in the "suicide" of the first, in the "execution" of the second, and in the fact that the third "abandons the circumstances of the story" and "communicates his story with a moral to the world."

The best-selling American books of the 20th century followed this formula.

The "plan for ranchers" has a second part: voyeurism.

Nothing like "pornography of other people's suffering", but "without using death to solve the story" because "the reader has to get out of bed the next day and go to work".

"What is this obsession we have with defeat?

Is it the destruction of Greek comedy and the Christian church's obsession with tragedy?

If more writers embraced paradigm-shattering resolutions, would there be fewer suicides and addictions among writers?

And among the readers?

In the absence of answers, let's go to the denouement.

Writing can curb our "little mental voice that never stops chattering and solving problems" and create "a strange sense of peace."

"If you're prone to worry, writing can turn your anxiety to an advantage

And here it is essential “do not read reviews”.

“Whether good or bad, they leave me in a mess.

They give me mania or depression.”

If you've made it here, you may not write

, but you'll have learned something from Palahniuk.