Civil Guard, customs and smugglers: "The first thing they do is look at the door to escape"

Endless drugs, rotting food, dead animals such as pangolins or dried octopus... Smugglers prepare to introduce illegal substances into the... 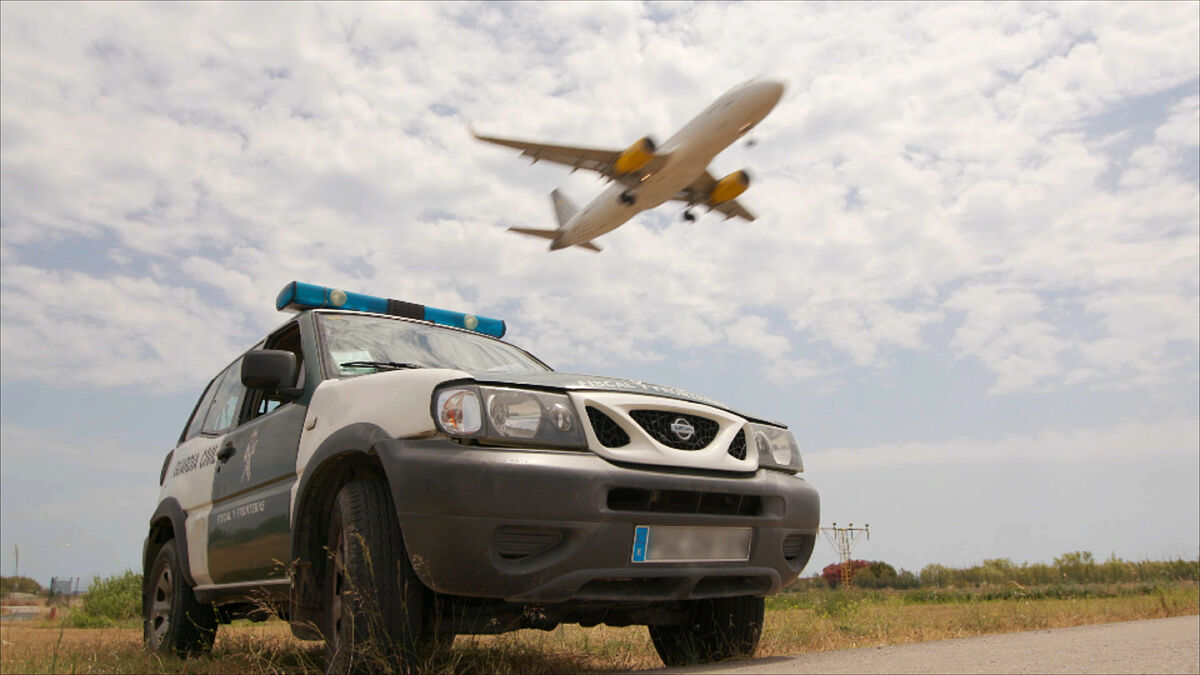 such as pangolins or dried octopus... Smugglers are preparing to introduce illegal substances into the European Union and the Civil Guard is always on alert, because

at airports , everything is controlled and

in the new season

"The function of the Civil Guard of the Fiscal and Border Service at the Adolfo Suárez Madrid Barajas Airport, together with the Tax Agency, consists of carrying out random

on the luggage. We verify that what is in the suitcases is within the

and that they do not introduce in the

any type of illegal substance, vegetable or animal products", points out

, agent of the Fiscal Service.

Airport police before tourist control: "This is chaos. We are overwhelmed"

Airport police before tourist control: "This is chaos. We are overwhelmed"

In addition, this season viewers will see how the incorporation of new health and safety protocols as a result of

has affected surveillance work at customs .

In July 2022, more than 9 million people arrived in Spain, more than twice as many as in the same month of 2021. Of these, almost

entered through the airport, according to data from the National Institute of Statistics (INE).

The return to normality after the pandemic has meant a

for security guards at Spanish customs.

Fernández explains that "during the pandemic, the number of flights dropped so much that this type of crime decreased. Now that normality is returning again, the cases have increased considerably again. This summer has been very intense."

This agent confesses that she has always been very interested in "people who put animals in suitcases, either to feed themselves or to sell them".

Animals "such as the pangolin, guinea pigs -similar to guinea pigs, but larger-, monkeys, dried, cooked or frozen octopuses... you can imagine how they arrive".

And he insists: "The worst thing is that there are times when I open the suitcases they are full of

that they arrive like this. Same thing the other day, just removing the plastic that covers the suitcase, there were already worms, imagine what I found when I opened it. These people sometimes get aggressive and the first thing they do is look at the exit door to

The consequences for introducing this type of food, substances and animals range from a

and the withdrawal of the merchandise in the most minor cases, to

arrests in the most serious.

The agents in charge of carrying out this type of control do not hesitate to apply the law, but

says Fernandez, is always a problem for them.

"For me, the hardest moment when we arrest a person, because we have found him dealing drugs, is when he is already in jail and has realized what he has done.

They repent, they start to cry, they regret

... There was a girl who had such a bad time that she had to be treated by doctors.

They are people who, due to economic circumstances, find themselves in such a hurry that they resort to illegality.

But I have to be firm while treating them as humanely as possible, even if they break in pain.

Sometimes we even have to do a bit of