The latest maneuvers by the president of the General Council of the Judiciary (CGPJ), Carlos Lesmes, have rightly generated enormous anger among members of the... 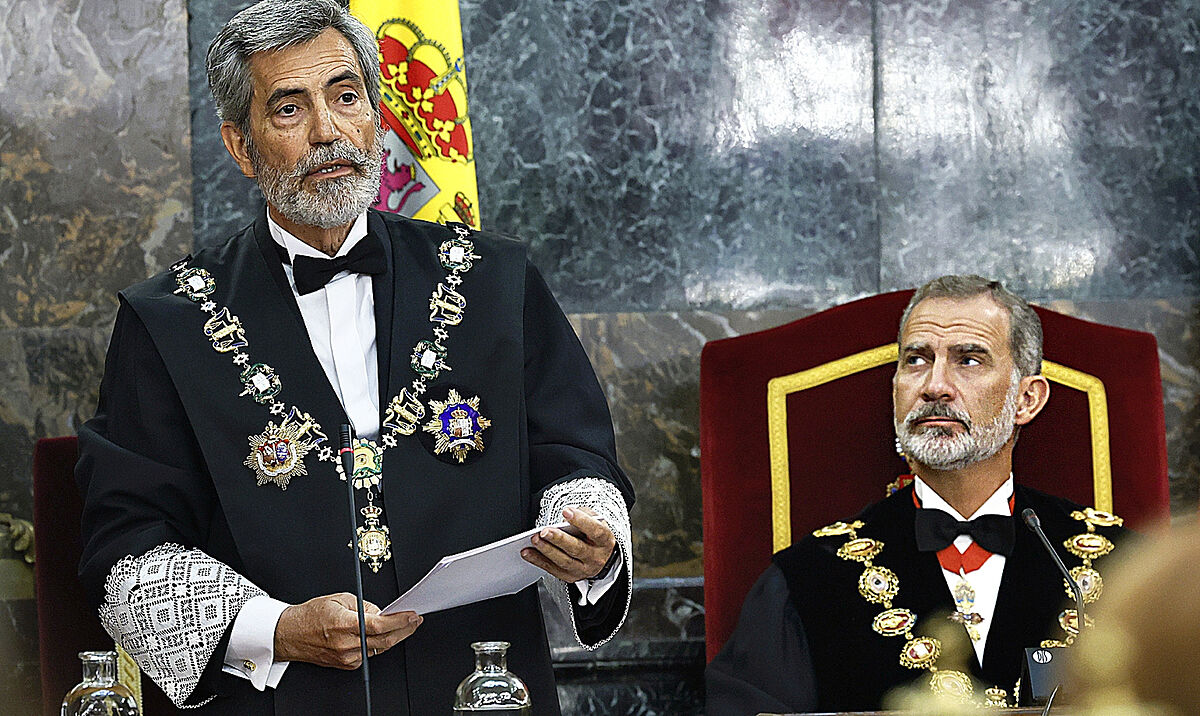 The latest maneuvers by the president of the General Council of the Judiciary (CGPJ), Carlos Lesmes, have rightly generated enormous anger among members of the conservative and progressive sensibilities that make up the governing body of the judges.

The rush to resign that the also president of the Supreme Court has expressed, through a report on his replacement commissioned from his technical office, has an immediate negative consequence: that of reducing the role of mediation that the Commissioner of Justice of the European Union , Didier Reynders, intends to carry out to try to unblock the serious crisis that the institution is going through.

When there are barely five days left before the commissioner visits Spain,

It is incomprehensible that Lesmes does not wait for the opinion of the community representative and adds more anxiety to the wounded judiciary.

The European Commission, the cradle of liberal humanism and the separation of powers, has called on Spain on several occasions to renew the Council - a change pending since December 2018 - and then to reform the system of electing its members, so that at least half are chosen by the judges themselves.

EL MUNDO strongly supports this condition, which requires a substantive agreement between the two major parties and which is essential to advance in the depoliticization of Justice,

at a time when there is a deep mistrust of the possible use of judicial bodies. judicial proceedings by the PSOE to satisfy its pro-independence partners.

The announcement of Rynders' visit - who will begin his meetings with the judicial associations, the government and Lesmes himself on Thursday - had at least opened

a window of hope that a change could take place among the political leaders.

However, Lesmes has made two movements whose direct consequence is the reduction of the facilitating role of the commissioner.

On the one hand, Lesmes has insisted on approving against the clock the election of two new members of the Constitutional Court, as requested by the Government

It is the only renewal for which the Executive has not handcuffed the Council, since it will gain from it in the form of a new progressive majority.

Eight members of the conservative bloc oppose this blackmail.

Secondly, the news that in the plenary session on the 29th, coinciding with Reynders' visit, they will debate the eventual replacement of their president has generated astonishment in councilors of both sensitivities, who accuse him of treating them with "absolute contempt" .

The Government, on the other hand, received it with greater sympathy.

Minister Félix Bolaños used the matter to once again accuse the PP of blocking the CGPJ.

The judiciary needs a catharsis and a reform that depoliticizes it, not an untimely resignation that would also not generate an institutional vacuum -with the consequent element of pressure- but a simple change of faces.

The blow to the table that Lesmes intended to dignify the judiciary will only be such if it does not bow to the sole interest of the Government, which is the renewal of the Constitutional.

Lesmes is aggravating the crisis at the worst time.

The reasonable thing is still to wait for Europe.