'Los reyes del mundo', by Laura Mora, is not so much a film, but obviously also, as an exhalation. She runs around the screen so convinced of herself, so... 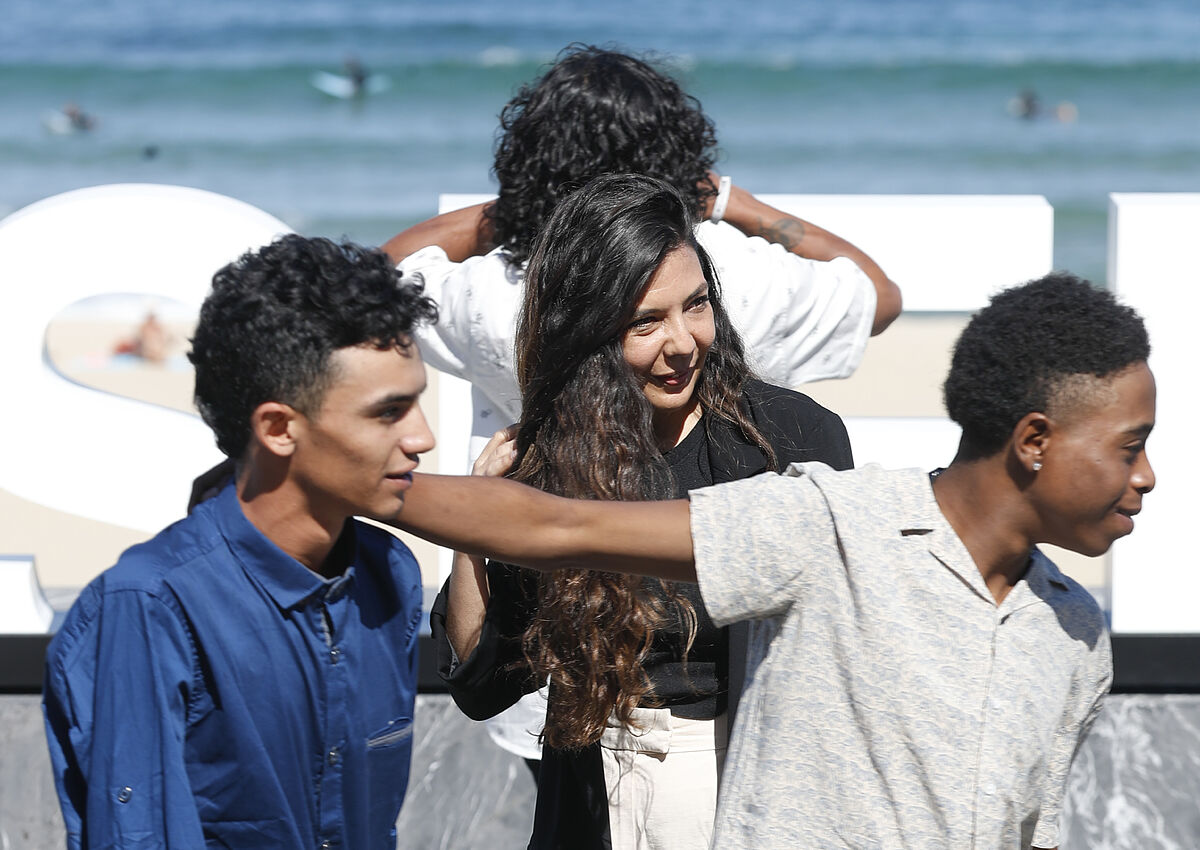 'The kings of the world',

by Laura Mora, is not so much a movie, obviously also, as an exhalation.

She runs around the screen so convinced of herself, so enthusiastic, so beautiful and so sad, all at the same time, that her ideology is not to win viewers but believers.

It is if you want an act of faith.

It is fair, therefore, that for her it was the

After all, and among so much confusion of screens, platforms and distracted spectators who can find neither place nor place to watch, it is good that a film It is presented with the conviction of an

like a cataclysm that calls for exaltation as well as rage, joy and silence.

jury for Glenn Close, who stepped down as president at the last minute, delivered.

And she did it as brilliantly as she was wise when it came to dodging controversy (the silence around the, on the other hand, magnificent film by the Austrian

weighs on an accusation of abuse of minor actors).

Perhaps not in all the sections, perhaps with the occasional unfortunate oversight, but in what matters

, the court remained worthy and happy

in its responsible anonymity, let's call it that.

Let's not forget that tradition tells us that the headlines are shrieking every year around these dates in honor of the last occurrence of the enlightened president on duty at Zinemaldia.

The film tells the story of Rá, Culebro, Sere, Winny and Nano, street kids from Medellín with names like stones.

Or machetes would be more appropriate.

They flee the city and go into the jungle.

The inheritance that one of them receives from his grandmother with the government's land restitution program is the excuse to travel.

And as in any self-respecting trip, there are no more rules than those that burn.

a story of ancient breath and fever

that turns its protagonists into five hard-working Argonauts with dirty hands and faces smeared with mud.

They are looking for what Jason or the 30 Persian birds (as Borges would say) always looked for: the fleece, the face of the god Simurgh or the possibility of a livable life, always so close to a dignified death.

Now, the form, before just style, is voice;

one of the voices, suddenly, more identifiable and characteristic of Ibero-American cinema.

The screen is flooded with the delirium typical of dreams with the same anger that is stained by the dust of reality.

It is subversive and voracious cinema

designed to resist, to offer itself in a desperate gesture as a lifeline.

It sounds awesome and it is.

If a festival is useful for something, it is to take care of, pamper and show films like this one, films that force us to look at the right side.

For the rest, the list of winners continued coherently along the path of good sense, far from any risk.

the second in importance, went to one of those quiet and minimal sensations that are so coherent in their statement of reasons and clear in their gaze as perhaps slightly limited.

it is (like Mora's work to a great extent) a film created in the heat of the festival circuit.

Having been selected among other forums for the Cannes Cinéfondation residency is a good account of its pedigree.

This time, the story of two young people who meet and flee serves the same purpose as all escapes: to enlarge landscapes, to cleanse the eyes, to identify demons from the past.

Without a doubt, a film as painful as it is beautiful, as slow and transparent as it is hopeful.

went to the Japanese

for his work in

deepened the consistency of the court determined to point to the new.

Producer of some of the anime masterpieces by Mamoru Hosoda, this is his first feature film.

It is a film about the memory that disappears and the guilt that remains built on a complex structure and a rare virtuosity that brings the loops of oblivion to the surface of the screen.

Let's say the director wanted to impress and the jury was impressed.

What follows of the list of winners is already more debatable.

'The Rite of Spring',

by Sebastián Lelio, or

, by Hong Sangsoo, as for the decisions themselves and even for themselves.

for 'La maternal', by Pilar Palomero, and for

', by Christophe Honoré, is still justifiable for that of accommodating the films themselves in the table of honor in some way.

But everything else is out of the logic.

Not even the supporting role for

neither the extremely conventional script of the Chinese production

nor the photography of

' seem to have more justification than the error or the overabundance of Argentines as Argentine as the Argentine president himself.

But that is another business.

Be that as it may, what remains is an

that returns to the film festival (this one and all) the virtue of its necessity.

Whether you want to see it or not, generate or not generate 'clicks'.

Zinemaldia exists to make it clear that Laura Mora exists.

And in what a rapturous way.

'The kings of the world'

and Paul KIrcher, for