“Our role” and technical fluctuations

The views and nominations of the fans differed from the beginning of the preparation stage until the third round of “Our League”, and most of the nominations were based on the contracts of the clubs in the preparation stage. Despite the fans' interaction and their distinguished presence to support their clubs, the shock was for the Al Ain and Al Wahda fans 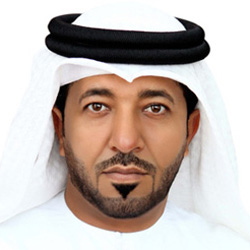 “Our role” and technical fluctuations

Despite the interaction of the masses and their distinguished presence to support their clubs, the shock to the fans of Al Ain and Al Wahda was the biggest during the three rounds in light of the superiority of the most prominent competitors: Al Jazeera and Sharjah with the full score, while Al Ain with four points, and Al Wahda with one point.

Al-Bataeh, the new guest in the ADNOC Professional League, managed to draw everyone's attention, and terrify other clubs, through two victories, during which he scored six points, as he occupies third place, with a difference of points from Shabab Al-Ahly and Ittihad Kalba.

Among the most prominent matches since the start of the first round is the Al Wasl and Al Wahda match, in which the two teams appeared at a distinguished level and ended in a draw that was satisfactory to all.

The other summit between Al-Ahly youth and Sharjah was in a strong and competitive match inside the stadium and inflamed in the stands, and Sharjah kidnapped it with the realistic reading of coach Cosmin in light of the incompleteness of the foreigners, through which he scored the three points amid the astonishment of the "Knights".

The second round was not without excitement, as the shock was for Al-Wahda after losing Kalba, and while we thought that the "leader" woke up from the draw with Ajman in the first round and presented a level that impressed us all after defeating Al Dhafra with seven heavy goals, but he returns with a deserved loss against the distinguished Al Jazira, Which was distinguished by imposing the style and method of playing and reading the coach before and during the match.

The match is considered the best for Al-Jazira players by defeating a competitor of the size of "the leader", in light of the low level in the previous two rounds.

And their continuation in the same spirit and performance heralds competition for the league championship, and the victory of “Al Fursan” over “The Companions” confirms that Al-Ahly youth are moving at a steady pace after Sharjah deprived them of the points of the first round, but the awakening of “Al Fursan” will be terrifying and will ignite the competition, while Al Dhafra and Bani Yas, Dibba and Khorfakkan, we did not find any signs from them that there are clear goals that they are working to achieve.

I think the upcoming rounds will be difficult for these clubs.

He excluded Ajman for the difficulty of the meetings and for providing a technical level that would accompany him through high-caliber confrontations with Al Ain, Sharjah and Al Nasr.

Apart from the results of the matches, however, Ajman presented us with beautiful football, and was a stubborn opponent of the contestants for the championships.

The competition of the masses and their attendance is the biggest gain for our league, and this confirms that the football fans are looking for the identity of their clubs, confident in the performance and technical stability, and the message to the club administrations, players and coaches that (do not let them down).

The shock to Al Ain and Al Wahda fans was the biggest through the three rounds.