Romeo Santos: "I have committed several stupid things in my life"

The first time that Romeo Santos (Bronx, New York, 1981) triumphed internationally, YouTube did not even exist. It was the early 2000s and together with his companions from Aventura... 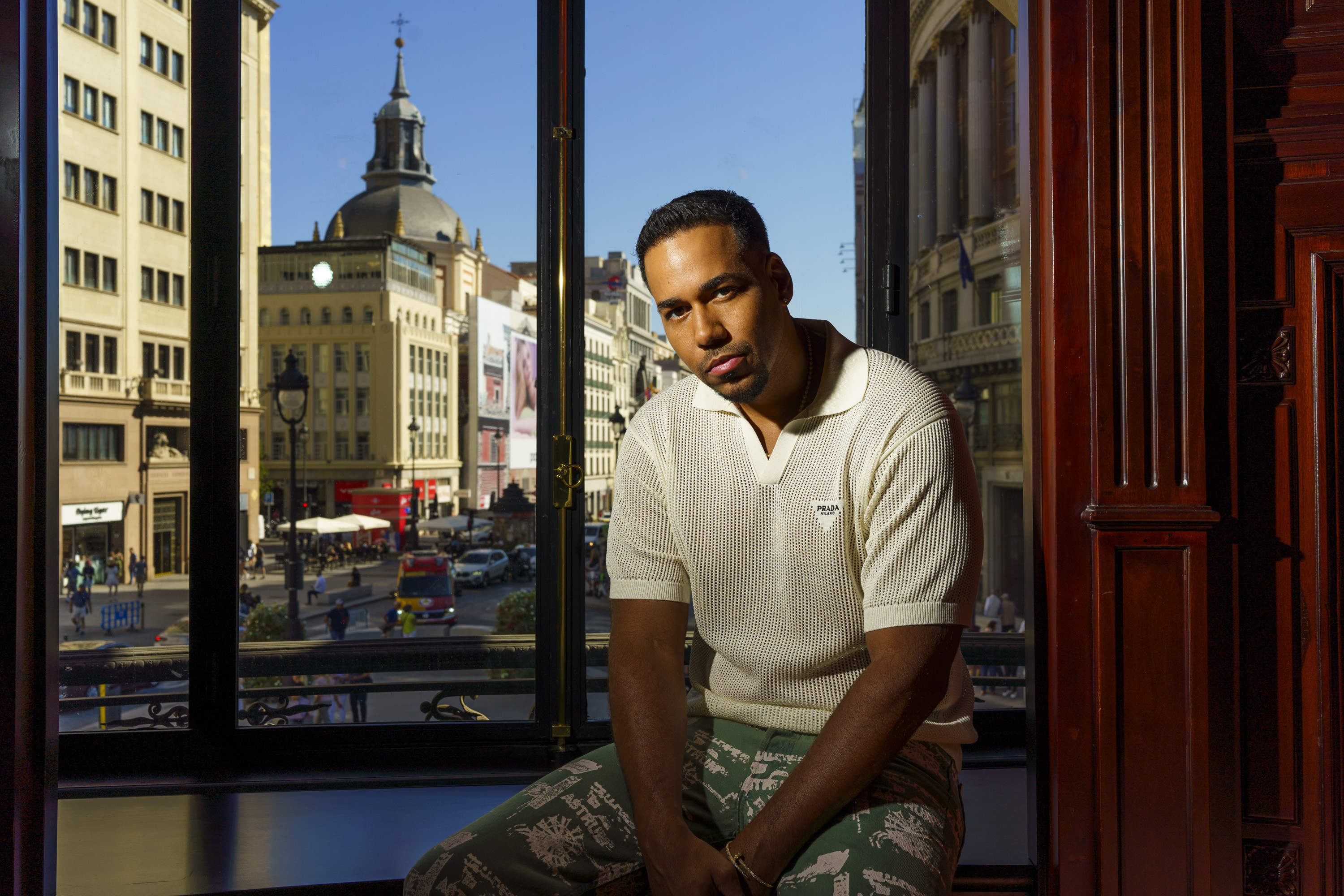 The first time that

(Bronx, New York, 1981) triumphed internationally, YouTube did not even exist.

It was the early 2000s and together with his companions from

he managed to get the iconic

's five o'clock in the morning and I haven't slept at all / Thinking of your beauty, I'm going to stop crazy)

from half the world

Two decades later, the group has broken up and he has earned the title of

The King of Bachata

His figures back it up.

He has also had several Anglo

for the first time in their careers.

Romeo arrives in Madrid as a total star.

The appointment with the media to present his new album,

, is at the Four Seasons hotel, inside the Canalejas complex.

He wears Prada and is surrounded by a team that controls absolutely everything that happens around him: that the angle of the photo is correct, that no one records with the mobile, that the time does not exceed the agreed time.

The album has 21 tracks where there is a lot of bachata.

Also merengue, ranchera or a

collaboration of flamenco airs with Rosalía

of her. I think we have achieved a good balance," he says.

What there is not even a trace of is reggaeton

In the past he has collaborated with references such as Bad Bunny, Daddy Yankee, Ozuna or Nicky Jam, but he celebrates being able to stay true to his essence.

I feel privileged because people assimilate that I don't have to leave my genre to do another.

They see it as something organic and I have never thought about stopping doing bachata. For me it is a responsibility to always stand up for the genre, "he says the.

defends that he was one of the first to lay the foundations for the current hegemony of urban music.

Although not the only one.

. We can't let go of other Latin artists who also did it at the time. What does

. I remember with the success of

I thought to myself, 'Your perception wasn't wrong.'"

He affirms that the recognition of the public, of his colleagues, and the title of 'The King of Bachata' -which has even led to an HBO documentary-, have not made him take off his feet from the ground.

However, he does confess

moments of weakness in the fight with his ego

"The fact that you do something stupid does not make you stupid.

I have done several stupid things in my life. Personally and perhaps also professionally

. At various times I may have been self-centered but I think it is the nature of being human.

there are songs of love and heartbreak.

, a single where it narrates how a pissed off boy threatens his wife with poisoning his mother.

"And don't tell me "Mom loves you" / Because she has a Ph. / A good little coffee, but poisoned".

"I try to find topics that can connect with people without fear of criticism," he says.

. But I think that the artist always has to arouse emotions. Bad and good".

Asked about the increasingly prevailing political correctness in the world of music and the fear of a notorious "cancellation" on social networks, he looks back.

"I come from an era where they literally canceled me.

Concerts have been canceled for me when a controversy was created. Today they are just opinions of people

who feel bigger than they really are.

a little excited and started playing the guitar. We had to apologize and explain that it had not been with bad intentions. But

in those times there was a literal cancellation

The most sentimental shot of the production is especially noticeable in two moments.

audios of his three children

of him are heard:

And the final theme,

, in which she speaks to God and asks him about the recent death of his uncle, about wars or abused innocent children.

. The best analogy I can use is when you are a child and your parents may have to reprimand you in a physical way. They love you but it is their way of disciplining you. You feel angry and uneasy because you don't understand and then you ask questions. That's why at the beginning of the song I say: 'perhaps because of my ignorance'. We are not the one to understand how he works.

After more than three years since his previous job,

assures that he does not think about hanging up the microphone.

But yes, "in working less".

If I retire, I go crazy

because I don't know how to do anything else. Sometimes I'm at home and I get bored. What I do think is that, eventually,