Isabel Coixet says that she is convinced that society (that is to say, all of us) generates a kind of toxic jelly that clouds vision, dulls judgment and finally... 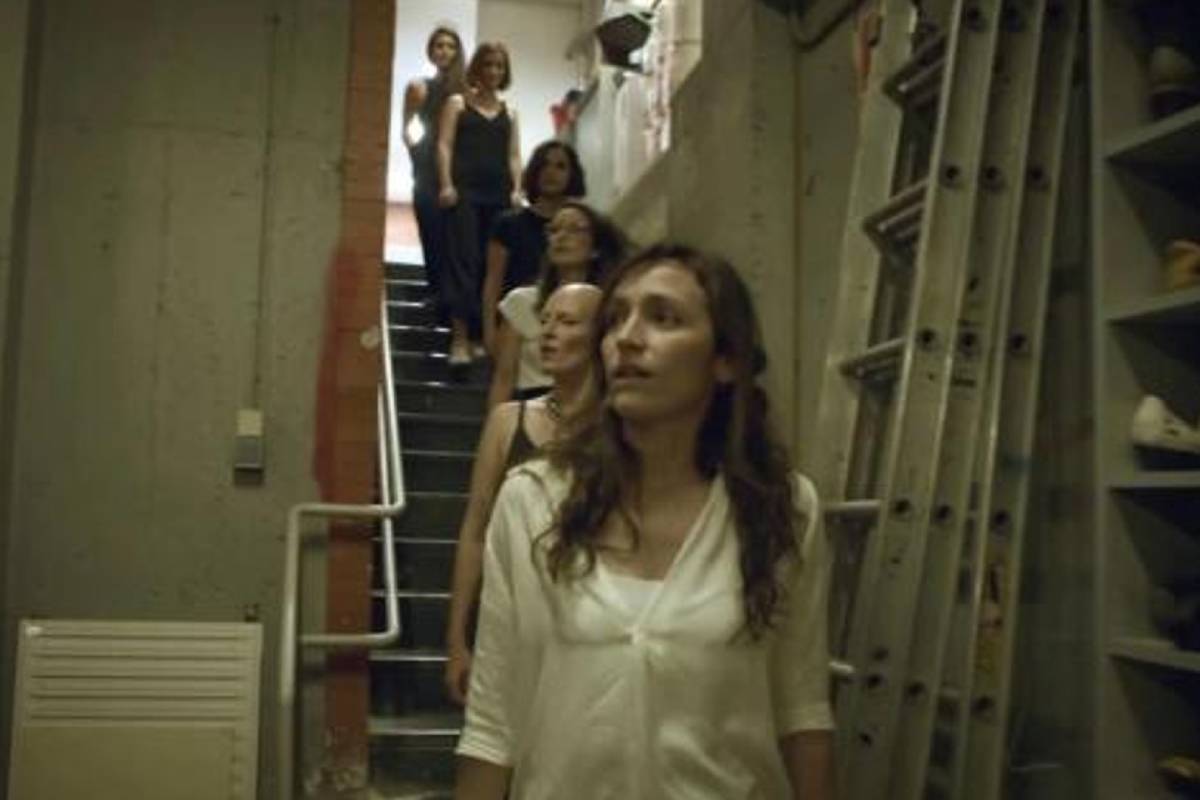 that she is convinced that society (that is to say, all of us) generates a kind of

"That paste makes the first response to harassment by a predator feel the flattery of being chosen, of being recognized as special and unique, rather than simply the danger," she says.

the documentary that collects the raw testimony of half a dozen women who are actually many more.

They speak for them and for all the adolescents who

a center governed by a board of trustees and with municipal financing.

"Perhaps in total there could have been about 900 students who were between five years old, the minimum age, and 17", the director herself calculates on the fly, not so much to offer the dimension of the disaster, but also, like the horrific sound of the most sepulchral of the silences.

There, in the center and as the most charismatic teacher ("I can't stand that word," the director runs to point out) was

All those who speak in the film describe him first as a charming, magnetic, motivating man... There is evidence of him in brief interviews on local television where he explains what it means to be an actor with the same security and gift of people with whom the wolves probably talk in private about the lambs.

What comes after offers a perfect panorama of vertigo.

Not only did he sexualize the rehearsal sessions to the point of paroxysm, using girls and adolescents in games in the dark with touching, kissing, nudity... After classes, the harassment continued with mobile messages constantly following the manual of the perfect manipulator.

On the trips, which counted as tours, Gómez chose who she slept with, whom she chose as her favorite and whom, since hers was the power, she despised after having pretended that she loved.

"They all recognize that it made them feel special. The psychological mechanism is always the same.

They, who are girls, end up feeling bad,

dragging the guilt of not being able to enjoy something that was supposed to be the best thing that could happen to them" , reflects the director.

The documentary collects the testimonies, analyzes the facts, exposes the wounds, but, much more importantly, it manages to accurately capture the density of, in effect, the gelatin.

And they talk, remember and tell each other.

What is seen and heard matters, but just as relevant is all that complicit and guilty silence that covers everything.

The film takes its name from the only thing that one of the women remembers with her head in a permanent state of blockage.

That, yellow, was the color of the ceiling of the room she shared with her admiring monster.

"There was silence from the teachers who also knew what was happening, but preferred to look the other way out of fear, for not stirring things up or simply because they too were victims of that charm," says the director.

But also and to the same extent, there was silence on the part of the city council, which preferred to pay

"and settle the matter."

With that money, Gómez fled to

where, apparently, he resides.

And there is still the silence of many of the victims who are ashamed of --the world turned upside down-- having been victims.

"We recorded many testimonies that were not finally edited because the protagonists repented or were pressured by relatives", confesses Coixet.

And finally there was silence from the Justice itself (ours, everyone's) that after admitting the crime (that's what the prosecution did) due to the complaint of nine of the students had no choice but to file the case for prescito.

"If the complaint had been made a few months later, with the new law (

Law of Guarantees of Sexual Freedom, better known as the Law of 'only if it is yes'

) there would be the possibility of persecuting the abuser", he comments between bitterness and, why not, hope the filmmaker.

Coixet says that it all started the day he read the investigative report in the newspaper.

"It didn't occur to me to make the documentary, but I was so shocked that the matter stayed with me. Then came the interviews, the roadblocks and even the vivid memory of the totemic novel '

"I got to talk to her and they are cases so similar in many aspects that it shows that the problem is not one of Paris or Lleida, but much broader, of all of them", he continues.

In fact one of the key paragraphs of the novel begins with a question.

? It was not my attraction, if not his", reads the text and, with different modulations, is heard over and over again in the exemplary documentary for many reasons.

"What is inconceivable is that justice be sacrificed for the sake of something like social peace.

'Let's shut up, stirring things up is worse' is the problem.

So you condemn the victim twice.

Because of what happened and what you put her through, the blame you put back on her, by forcing her into silence," he says.

runs through the retina like ocher smoke that thickens as it goes.

And so on until it acquires the strange weight and color of gelatin.

Silence is guilty and yellow.