It is known that Spain is dotted with places full of history, culture and amazing landscapes. Even many of these towns are part of the Association of the most... 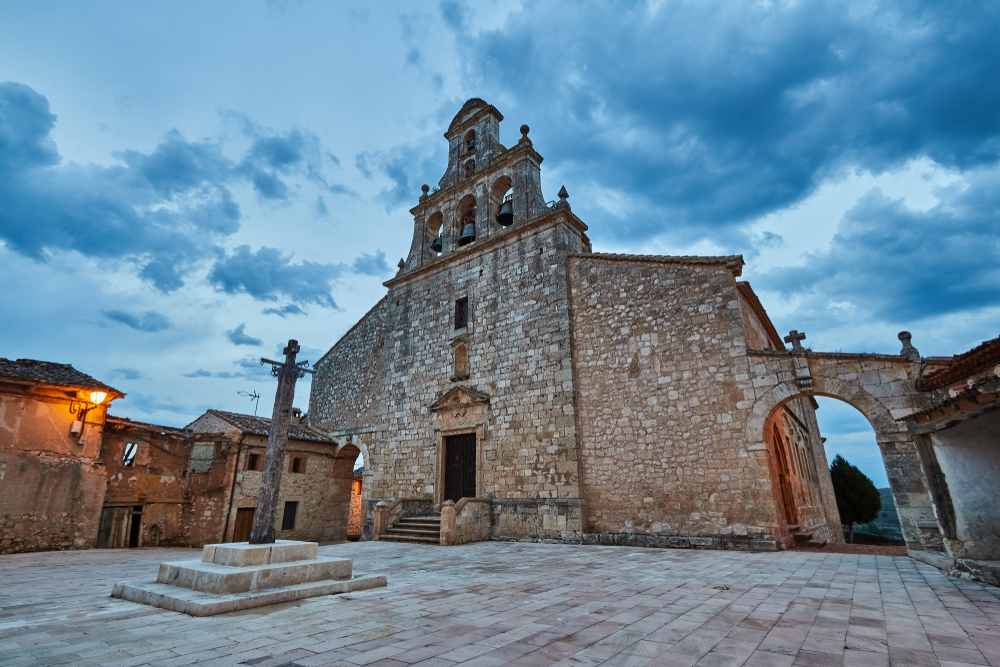 It is known that Spain is dotted with

However, they are still unknown territory for many tourists.

Since holidays are the perfect excuse to discover new corners, here is a list of five of the most beautiful towns.

This town of Segovia stands on the banks of a reservoir making it a privileged place.

The municipality sits between the

and the Ayllón páramo, giving rise to one of the most beautiful villages in Spain.

Among its main attractions is

, the emblematic entrance of Maderuelo, which still retains the locks, the postern and some thick armored wooden doors, with decorations and polychrome armor from the 15th century.

the church of Santa María

The Plaza de San Miguel is surrounded by tall buildings that preserve the medieval atmosphere, highlighting

two Romanesque portals and a Gothic one

This historic town also preserves some unique architectural remains, in Segovia, from the Muslim era.

On the outskirts, the grandiose

where the patron saint of the town is venerated, and that of Vera Cruz from the end of the 11th century, will not leave anyone indifferent.

-after it was selected as

the most beautiful town in

Spain-, Agulo is an immense viewpoint dyed by the green of its crops over the Atlantic Ocean.

Its cobbled streets that lead to the beautiful church of San Marcos, with its white domes, contrast with the

reddish tone of the roof tiles of the houses

It has one of the smallest but also oldest towns on the island of La Gomera.

Its privileged views of Tenerife and its imposing

It is one of the best preserved in the entire archipelago.

Among its heritage, the

stands out , a primitive hermitage founded in 1607 that was transformed into a church years later.

At the beginning of the 20th century, it was demolished to build the current neo-Gothic style temple.

The viewpoint over the town of Agulo, in La Gomera.SHUTTERSTOCK

This small village, located in the

, has the flavor of a traditional town and its houses seem to be taken from a painting with the peaks of the Picos de Europa in the background.

In fact, in Mogrovejo you can see

, with wrought iron balconies from the 16th-18th centuries, which are impressive due to their level of conservation.

These houses are of the Lebanese type, with the upper floor frequently open to the outside and

lined with mud blankets that delimit a space generally dedicated to haystacks.

Apart from its popular architecture, it is necessary to pay attention to some unique buildings, among which the

from the end of the 13th century, the adjoining manor house that was remodeled in the 19th century or its parish church.

Located in an idyllic location and surrounded by extraordinary forests of oak, holly and chestnut trees, it is also the starting point for several very affordable and beautiful routes.

The Cantabrian town of Mogrovejo.CANTABRIA INFINITA

This pretty town in La Rioja Alta, whose Arabic name is Laguna de las Flores, is located in

, around the confluence of the Aguanal and Ea rivers.

Surrounded by a landscape of

extensive vineyards and other crops

, buildings of high architectural and cultural value are intermingled, which will surprise anyone who comes to see them with their secrets.

Among its most impressive postcards is that of its castle, from the 14th century, one of the best restored in the region.

A kilometer and a half from the town is the

patron saint festivities in honor of the Virgin.

Precisely, for those who are thinking that Sajazarra could be their next destination, these could be good dates to plan a trip.

During these celebrations, a

pilgrimage to the hermitage

is made and once the tour is over, the participants are rewarded with a tasting of pregnant buns, wine and zurracapote, a refreshing drink with red wine, cinnamon and peach.

The vineyards of Sajazarra, in La Rioja Alta. SHUTTERSTOCK

This beautiful town in Granada, with steep slopes but also a lot of charm, is the lowest of the three staggered towns that make up the

It stands out for its extraordinary architecture, which preserves the Alpujarras tradition of white houses with flat roofs with chimneys with hats and the

The small square of Pampaneira is a meeting point for everyone from the town who mixes with tourists, in the cultural events or concerts that take place there.

The town is also known for its wealth and variety of crafts, ranging from

all kinds of ceramics

, even fabrics such as jarapas and other typical objects of the region.

Its springs deserve special mention, some of them with mineral-medicinal waters, and others, like the Chumpaneira one, with even matchmaking 'powers'.

This is stated in the mural placed on the

three pipes of the pillar

: "It is a source of virtue and it is of such magnitude that a single man who drinks with the intention of getting married does not fail, because he instantly has a girlfriend, you see!"