Criticized by the conservative German opposition for not having reacted immediately, German Chancellor Olaf Scholtz sharply criticized on Wednesday the remarks of Mahmoud Abbas comparing the situation… 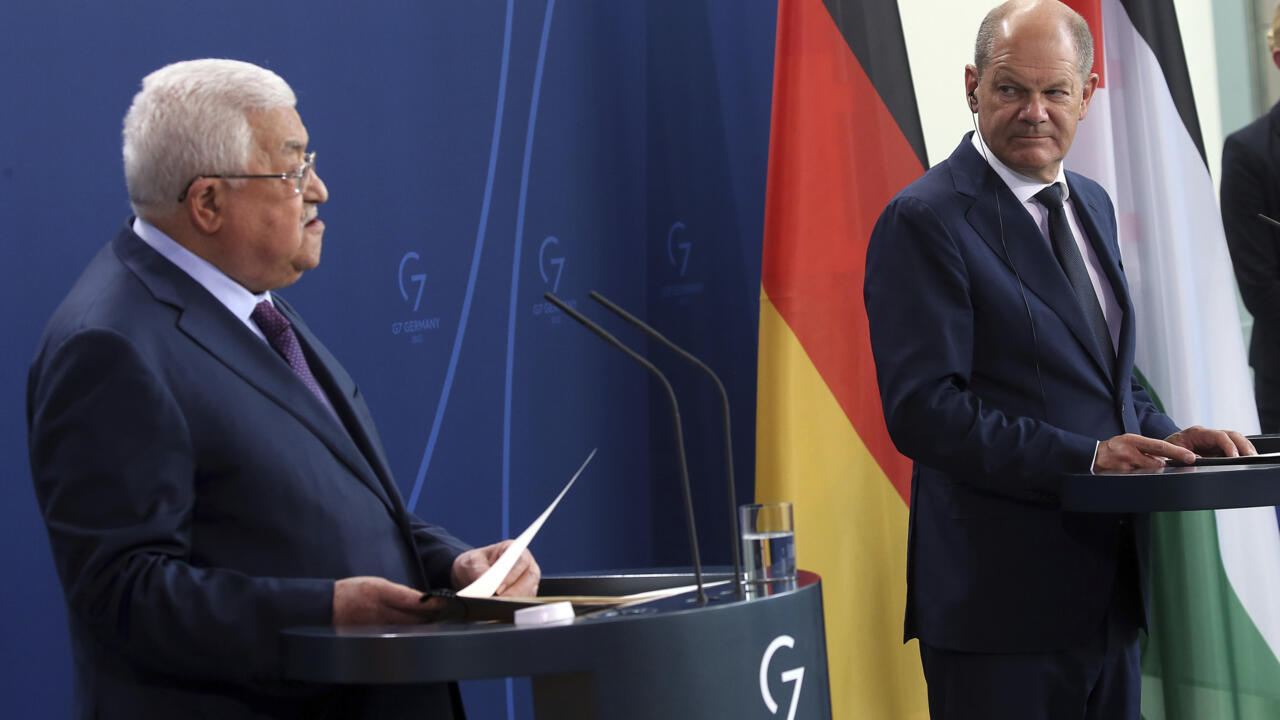 The remarks of Mahmoud Abbas, who compared Israeli policy towards the Palestinians to the genocide of the Jews by Nazi Germany, provoked anger in Germany and Israel.

The two countries strongly denounced, Wednesday, August 17, the statements made the day before in Berlin by the Palestinian president.

In Germany for his medical follow-up, Mahmoud Abbas met on Tuesday with Chancellor Olaf Scholz, in particular on the Israeli-Palestinian conflict and bilateral cooperation.

Asked at the very end of a joint press conference on the bombing of the 1972 Munich Olympics, fatal to 11 Israelis and perpetrated by a Palestinian commando, the leader compared the situation in the Palestinian Territories occupied by Israel to the Holocaust.

"From 1947 to today, Israel has committed 50 massacres in 50 Palestinian cities... 50 massacres, 50 holocausts and even today there are deaths caused by the Israeli army every day," he said. Mahmoud Abbas.

"We want peace, we want security, we want stability (...) we must develop trust between us", he added in Berlin, also denouncing the "apartheid" policy of Israel.

On Tuesday, Chancellor Scholz felt that "apartheid" was not a "correct description of the situation" in the Palestinian Territories, without however reacting to Mahmoud Abbas' remarks on the Holocaust.

"I am disgusted by the outrageous remarks of Palestinian President Mahmoud Abbas," the German prime minister tweeted on Wednesday.

"For us Germans in particular, any relativization of the Holocaust is intolerable and unacceptable."

Olaf Scholz was himself criticized, mainly by the conservative opposition and certain media, for not having reacted immediately to the declarations of Mahmoud Abbas.

The head of the Palestinian representation in Berlin was summoned to the chancellery on Wednesday, German government spokesman Steffen Hebestreit said, saying Mahmoud Abbas' comments "cast a shadow over Germany's relations with the Palestinian Authority".

On Wednesday, the remarks of the Palestinian president - sometimes with strong statements against Israel but often accused by Palestinians of collaborating with the Jewish state - were condemned by Israel, in particular by the Israeli Prime Minister, Yaïr Lapid, who denounced "a disgrace moral" and "a monstrous lie".

The words "genocide" or "apartheid" used by human rights NGOs

Mahmoud Abbas regularly uses the words "genocide" or "apartheid", like the human rights NGOs Amnesty International and Human Rights Watch, to describe the occupation and colonization of the Palestinian Territories.

But rarely the words "Shoah" or "Holocaust".

Faced with very strong reactions, President Abbas, who had thanked Germany for its support while calling on it to recognize the State of Palestine, said he wanted to "clarify" his statements.

They "were not intended to deny the uniqueness of the Holocaust" which remains "the worst hate crime of the modern era", said his office.

“The president did not deny the massacres that Jews suffered under Nazi Germany, but he told the world not to lose sight of the massacres inflicted on the Palestinian people,” Palestinian Prime Minister Mohammed Shtayyeh added. .