At the site of the Patriot Park, within the framework of the Army-2022 forum, Maxim Ksenzov, General Director of the Military Patriotic Film Support Fund, and Inessa Yurchenko, General Producer and Founder of Triix Media, a private film company, signed an agreement on the joint production of films. About the demand for patriotic films, as well as the specifics and features of the production of military-patriotic film projects and animation - in the RT material. 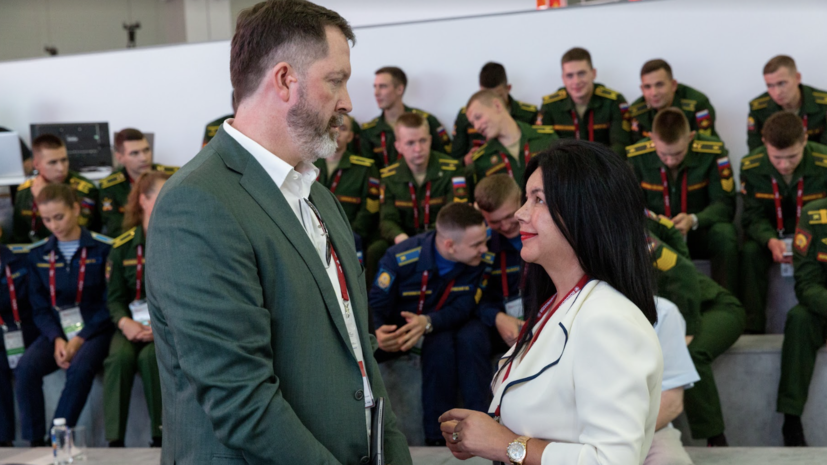 Maxim Ksenzov and Inessa Yurchenko signed an agreement on the joint production of films.

The cooperation deal took place during the discussion session of Voenkino within the framework of the Army-2022 international forum.

According to the document, the collaboration of organizations involves the joint production of military-patriotic paintings, the promotion of patriotic education of youth and the development of socially significant projects in the field of military culture.

The main goal of the Military Patriotic Cinema Support Fund, established in March 2022, is to produce and support feature films.

There are no genre restrictions in any direction to provide support - both feature, animation, digital, and documentary films are welcome.

“We will create both full-length films and movie series, as well as full-length and multi-part animated films.

In the near future we will announce another competitive selection for scenario projects, ”Maxim Ksenzov said in an interview with RT.

In total, in the first two weeks of selection since the beginning of August, Voenkino received 118 applications to support art and animation projects, including large-scale epic films, chamber stories, as well as feature, documentary and animated series.

On Wednesday, August 17, in a conversation with RT, Inessa Yurchenko noted that the film company also took part in the competition and provided a large list of films, since military cinema cannot be realized without appropriate consultants, so the fund, among other things, will advise the company in the production of projects in this direction.

“We submitted a lot of applications for the Voenkino competition, among which there is a film about the events taking place in Kabul in 1992.

This is a well-known (and extremely significant for the military) story about the operation of our airborne troops to free the embassy personnel, ”she shared.

The producer also noted that the Sky film company turned out to be exciting and reliable, also due to the fact that military consultants accompanied the film from the moment the script was written to the final stage.

When shooting a picture, first of all, attention was directed to its authenticity.

Screen adaptation of the stories of contemporary heroes of Russia is not a frequent topic of modern cinema, and such films are necessary for the younger generation, the producer believes.

In addition to the fact that a movie should be spectacular, it should have a dynamic and vibrant presentation.

However, according to Yurchenko, without state support, it is extremely difficult to maintain this level.

However, the producer believes in Russian cinema.

“I believe in Russian cinema — it was, is and will always be,” she said.

The expert also noted that patriotic films do not necessarily have to reflect military themes; they can also be family films, which are mainly seen by Russian viewers.

The criterion for projects of this orientation should not be a commercial component, but a “crazy desire” to make it.

Speaking about the selection criteria for films, Maxim Ksenzov noted that the foundation has greatly simplified the application procedure, but the films must have artistic and social significance, be relevant, unique and meet the goals and objectives of the organization - military-patriotic education, preservation of historical and cultural values ​​and protection of historical realities.

As for the authors of the projects, they can be both experienced masters of their craft and novice filmmakers.

In turn, the foundation will provide comprehensive support to films, starting with a screenplay application and ending with the film's release.

Consistency also implies the creation of movie universes around heroes, which can be part of serial, animated, theatrical and even game works.

And filming locations can be used as tourist attractions.

The Foundation has already noticed the films that it will provide assistance to - about ten films of various formats will receive support.

Among the selected films, the head of the organization noted Vladimir Mashkov's feature-length film Plutonia, based on Vladimir Obruchev's sci-fi novel of the same name.

“This is a youth passionate film in the fantasy genre that will help the rising young generation to form a desire to strive forward, learn new things and strive to develop,” he added.

Voenkino also plans cooperation with other organizations existing in the country: the Cinema Fund, the Internet Development Institute (IRI), the Presidential Fund for Cultural Initiatives and the Ministry of Culture.