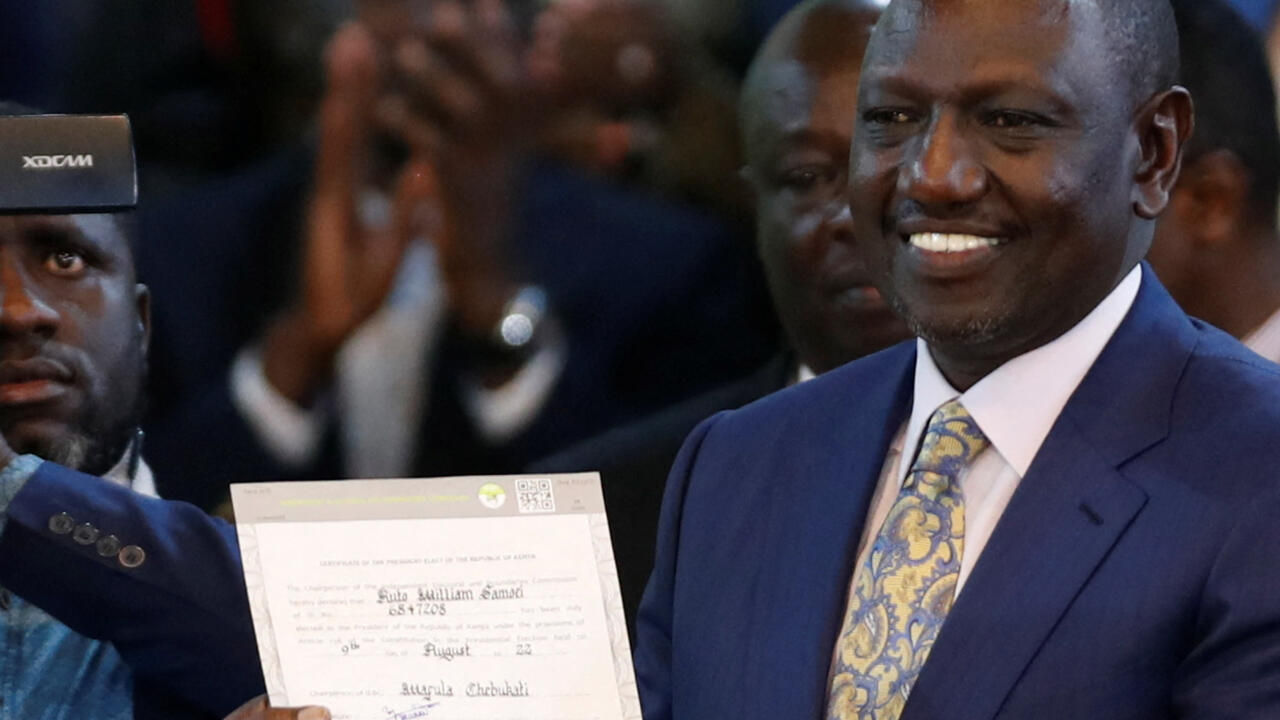 William Ruto, after being declared the winner of the presidential election in Nairobi, Kenya, August 15, 2022. © REUTERS / THOMAS MUKOYA

Barely declared the winner, with just over 50% of the vote, "

", notes the Nairobi correspondent of the

” before violent protests also erupted in several parts of the country.

The election is therefore pending

," notes the American correspondent, who believes "

“, also underlines the correspondent of the

, who is concerned that allegations of electoral fraud “

The Odinga camp has 7 days to file an appeal

the new president will take office in two weeks

, which paints the portrait of William Ruto, 55, "

self-made man from nothing who proclaimed himself the spokesperson for the 'resourceful' of the common people in the face of the power of the political dynasties embodied by Kenyatta, the outgoing president, and Odinga

will be (for Ruto) to pay attention to the 83

% of Kenyans who live hand-to-mouth

“, in a country where, under the effects of global warming, explains the Spanish newspaper, “

million Kenyans into a situation of food insecurity

Ukraine: fear of a nuclear disaster at the Zaporizhia power plant

New warning issued by President Zelensky and also by the UN, while "

the largest power station in Europe

which the Ukrainian forces accuse each other and Russians

of a new Fukushima

in the power station occupied by the Russians since last spring, where there are fewer and fewer experts

", says the German newspaper which points out that "

The fear of a nuclear catastrophe

”, also made the headlines of

the diabolical strategy of tension orchestrated by the Kremlin

the whole world fear the terror of radioactive contamination

With each shot, the world jumps on its chair

", explains the Italian daily which castigates "

to keep the rest of the world under his thumb

Trump soon to be officially a presidential candidate?

source close to the former president

A candidacy that would allow him to avoid "

being charged under the Espionage Act after the FBI search of his residence in Mar-a-Lago ", explains the same "

In the meantime, Donald Trump is "

increasing attacks on the FBI

", notes the political site The Hill, which accuses the ex-president of throwing oil on the fire, even though "

to “lower the tension

,” worries the columnist for the Sydney daily

While the country is under the influence of galloping inflation, and undergoes a historic drought, Boris Johnson has just started "

, which reports the great anger of Labor who accuse the resigning Prime Minister "

also denounced by the

In Downing Street, where the first removal trucks arrived yesterday, '