The infamous actor Ezra Miller, who played the Flash in the DC Universe, admitted to mental disorders, publicly apologized for his inappropriate behavior and announced that he would be treated. Studio Warner Bros. supports the decision of the actor, but is already thinking about the future fate of both Miller himself and the picture with his participation. 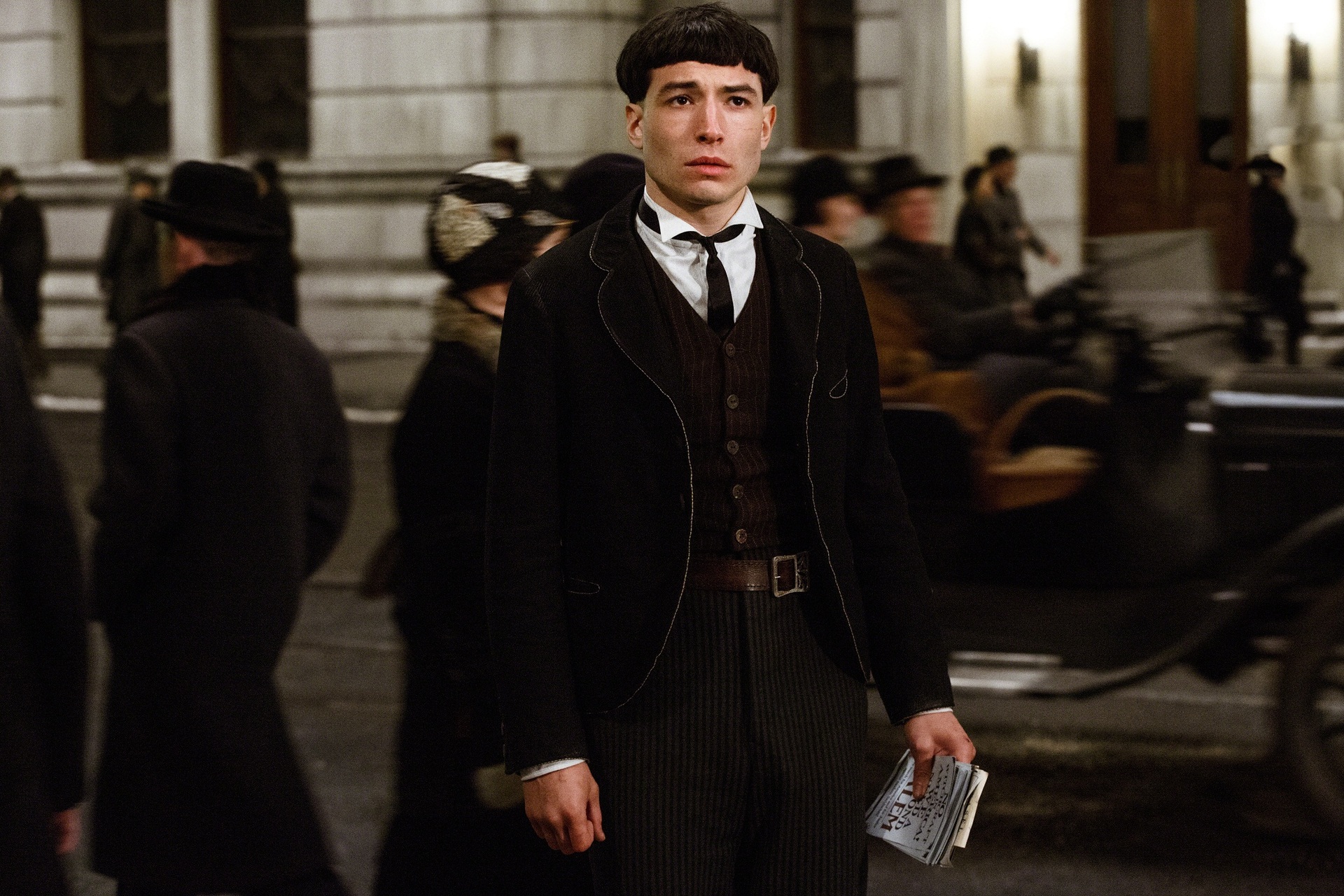 The Flash star Ezra Miller, mired in scandalous incidents, said that mental instability was the reason for his obscene behavior.

This was reported by Variety on Tuesday, citing the actor.

After going through a period of intense crisis and realizing that he was suffering from a complex of mental disorders, Miller began treatment.

“I recently went through a period of intense crisis, and now I understand that I have complex mental disorders, and I began treatment,” Miller said.

He also issued a public apology for his inappropriate conduct.

“I want to apologize to everyone who was worried and upset because of my behavior in the past.

I am ready to do everything necessary to return to a healthy, safe and productive period of my life, ”the actor assured.

Miller's growing list of wrongdoings has yet to affect the release of the Warner Bros. movie.

The release of the tape worth $ 200 million is scheduled for the summer of 2023.

However, despite the controversy the film's star is facing and Batgirl's recently canceled release, DC CEO David Zaslav has not confirmed the film's cancellation.

After Miller was charged with burglary in early August, the actor's future in the DCEU is rather murky - according to Deadline, the studio was considering an alternative course of events in relation to the actor and the film.

move the film's release from the big screen to HBO Max (the streaming service), replace Miller with another artist (which is problematic for the studio, since the actor plays multiple characters in the tape and appears in almost every scene), and promote the film in widescreen, or leave the actor in the cast, but will exclude him from the promotion of the picture.

The studio has yet to make a final verdict, however, the Hollywood Reporter and Deadline claim that even if the movie hits theaters on June 21, 2023,

Returning to the latest incident with the actor: the police reported that Miller broke into private property in the absence of the owners of the house and stole several bottles of alcohol, which was recorded by surveillance cameras.

The actor is required to appear on September 26 in Vermont Supreme Court.

The day after the charges were filed, on August 9, Miller was excluded from the press release of the biopic Dalíland, starring Ben Kingsley, by the Toronto Film Festival.

The painting was chosen to close the 47th festival.

Miller in the tape played the role of young Dali.

The film festival's producers have not commented on their decision to remove the actor's name from the ballot.

Miller's mischief had begun long before this incident.

In early April 2020, a video appeared on social networks in which the actor strangled a fan near a bar in Reykjavik (Iceland).

The seven-second video shows the pissed-off actor saying, “Do you want to fight?”

grabs the girl, who was waiting with a smile for a comic fight, by the throat and then knocks her to the ground.

The video, which went viral, prompted DC fans to call on Warner Bros.

replace Miller with Grant Gustin, who plays the Flash in the series of the same name.

A few months after the incident, on August 22, 2020, Miller, along with screenwriter Christina Hodson and The Flash director Andres Muschietti, appeared at the first promo tape, where they talked about the concept of the superhero multiverse in the picture and time travel.

In October 2020, Miller presented the first teaser trailer for the film and stated that fans will see it later in theaters.

The premiere of the film, which was then scheduled for June 2022, was postponed to November 2022 due to the pandemic.

The next incident, or rather a series of scandals involving Miller, took place in Hawaii in March 2022.

The police arrived on a call on March 19 due to Miller obstructing traffic on a highway near the coastal city of Hilo.

The actor refused to cooperate with the police and continued to block traffic.

At the end of the same month, the police arrested Miller due to charges of disorderly conduct and harassment - the artist shouted obscenities in a karaoke bar in Honolulu, and also took the microphone from a singing woman and attacked a man who was playing darts.

After trying to pacify the actor to no avail, the owner of the bar called the police.

In the end, Miller got off with a $500 bail and was released.

However, later, according to Variety, a couple who lived with Miller in a hostel filed a lawsuit for a court order against the actor.

According to them, after returning from a karaoke bar, he burst into their bedroom, threatening them with violence, and took his wife's passport and husband's wallet.

In April, Miller also did not sit idle: on April 19, 2022, in the news reports this time, the actor appeared in the case on suspicion of second-degree assault, namely intentional infliction of harm.

The incident took place at a private residence in Pahoa where a party was being held.

Angry, he threw a chair and hit a 26-year-old woman, causing her forehead to be cut.

This reaction of the actor followed the field of how he was asked to leave the premises.

Meanwhile, TikTok blogger Mia Solange, the actor's alleged ex-girlfriend, wrote that Miller was "not a good person" and an "abuser", accusing him of abuse.

In early June 2022, a couple from the Standing Rock Indian Reservation of North Dakota requested a protection order on behalf of their 18-year-old daughter, Tokata Iron Isa, against Miller.

The actor and Tokata met when the artist was 23 years old, and the girl was 12. According to Tokata's parents, Miller negatively affects their child, because of him the girl became addicted to illegal drugs, including LSD.

Moreover, Tokata dropped out of a private school in Massachusetts in order to be able to fly to film sets with Miller.

Another temporary order to prevent harassment was issued by the court against Miller at the request of the mother of a 12-year-old child.

The mother was afraid for her child because of the inappropriate behavior of the actor - one evening, Miller quarreled with the mother of a teenager in the house of their common neighbor.

On Wednesday, August 10, Vermont Child Protective Services reported that they could not find the mother and her three children, who lived on the Miller farm.

But the artist said that the family did not appear on the territory of his possession for several months.

The state authorities suspected him of deliberately concealing the whereabouts of the family and scheduled a hearing on the missing woman with children.

According to Rolling Stone, Miller helped a 25-year-old woman with three young children fly away from Hawaii without the knowledge of their father and settled the family on his farm in Vermont in mid-April 2022.

Ezra Miller first made his big screen debut in The Graduates in 2008, then in 2009 he appeared in the family comedy drama City Island with Andy Garcia and Julianna Margulies.

The actor played a prominent role in 2012 in the film It's Good to Be Quiet, in 2016 he appeared as the Flash in Batman v Superman: Dawn of Justice and in the same year in the prequel to the Harry Potter franchise Fantastic creatures and where they live.

The greatest popularity of the actor brought his role in the "Justice League of Zack Snyder."