The great famine caused by a nuclear war between the US and Russia would kill 5 billion people.

The threat of a nuclear war has been looming ever since Russia invaded Ukraine last February, and with it, fears about the effects it would have on the world. So far the... 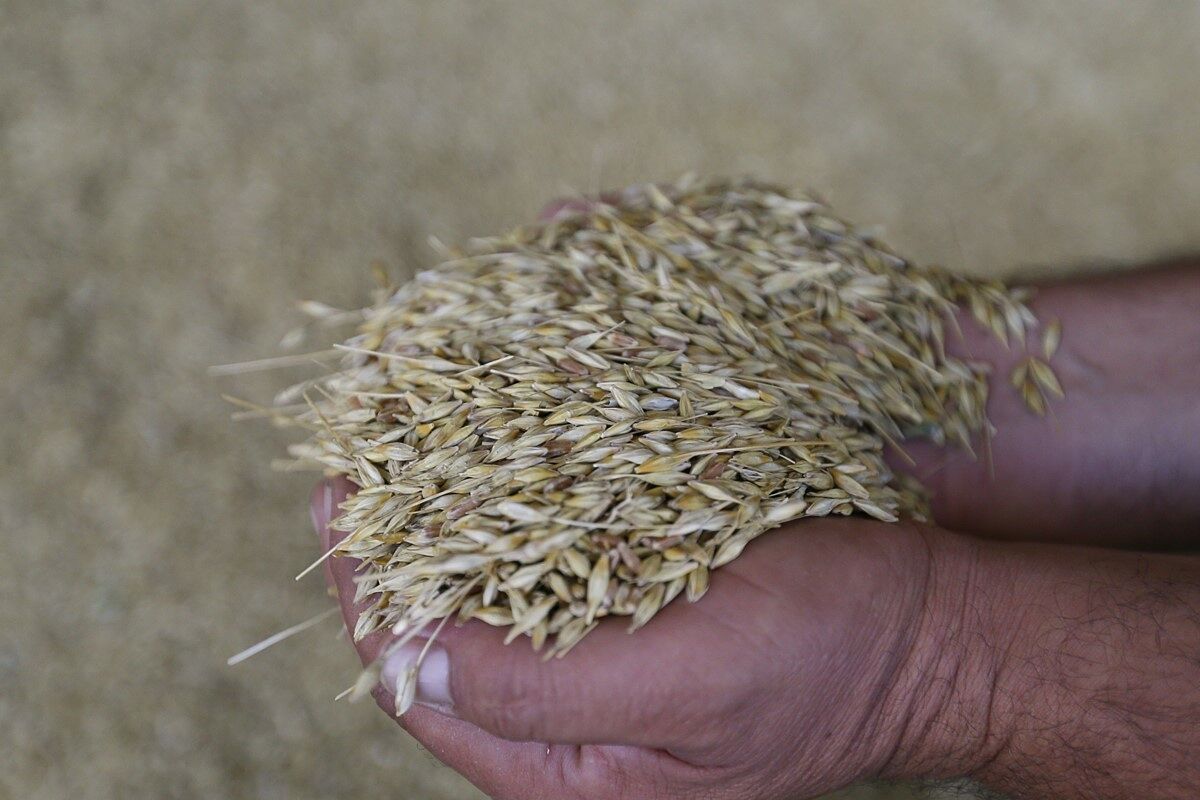 The threat of a nuclear war has been looming ever since Russia invaded Ukraine last February, and with it, fears about the effects it would have on the world.

Until now the only direct references to the terrible consequences of nuclear bombs are Hiroshima and Nagasaki, and if a nuclear war were to break out on a global scale, our civilization would almost certainly be destroyed, but what would happen if a regional or between two military powers?

Climate scientists from Rutgers University, in the US, today answer this question with research in which they have estimated the effects that six nuclear conflicts at different scales would have on food production in the world.

To make their calculations, they have based themselves on the arsenal that the countries with nuclear weapons have declared to have.

Their conclusions, published in the journal

, are shocking, even in the case of a confrontation between

nuclear powers : up to 2.5 billion people would die as a result of a nuclear conflict between India and Pakistan, two countries in continuous tension, while if it were between the US and Russia, the victims would amount to more than 5,000 million dead (currently the world population is close to 8,000 million inhabitants).

That would be the balance of deaths about two years after the conflict, since most would die from the impact of famine after a while.

And this is because the detonation of these weapons would cause the direct death of millions of people, but also large fires that would inject huge amounts of soot into the atmosphere that would block sunlight from reaching the earth's surface, limiting production food.

For Alan Robock, co-author and professor of climate science at Rutgers University, the data is clear and so is his message: "We must prevent a nuclear war from occurring at all costs."

Therefore, he underlines the importance of global cooperation to prevent it.

The precedent of the great eruptions

The climatic effect of the detonation of nuclear weapons has similarities to that caused by large volcanic eruptions, of which we have catastrophic examples in the past.

The eruption of the Icelandic volcano Laki in 1783 stands out, which lasted eight months and released such an amount of sulfur dioxide aerosols into the atmosphere that it caused great famines and riots.

It killed 9,000 Icelanders, roughly a quarter of its population, and more than half of the country's livestock, disrupting atmospheric dynamics for many months and affecting the entire European continent, from Spain to Germany.

Even worse consequences had the eruption of Tambora, in Indonesia, the most serious in the last 500 years: it caused more than 100,000 deaths and released such large quantities of sulfur dioxide that the following year, 1816, was called "the year without summer" as temperatures dropped by as much as 2.5 degrees in Western Europe, where crops were hit hard.

The authors estimated six scenarios (five conflicts of different scales between India and Pakistan and a war between the US and Russia), calculating the impact by country that the new meteorological conditions derived from the atmospheric blockade would have on the main agricultural crops

), as well as fishery resources and livestock.

They then used this data to estimate the global calorie supply once stored food ran out.

As they argue in the study, "even with mitigation measures, such as the reduction of food waste and the reuse for human consumption of crops that are currently used mainly to feed animals and to make biofuels", they believe that the production of food from the sea ​​and livestock could not compensate for the reduction in crops in most countries due to the effects of nuclear weapons.

According to their data, any detonation of a nuclear weapon that generates more than five teragrams of soot (5 trillion grams) would likely affect the food production of almost all countries.

Even in the scenario of a localized war between India and Pakistan, the average global production of calories would decrease by 7% in the five years following the start of the conflict.

In the case of a full-scale war between Russia and the US, that caloric reduction would amount to 90% in the next three or four years.

Countries like Russia and the US would restrict their food exports, which would seriously affect countries that are highly dependent on them, such as those in Africa and the Middle East.

To give an idea of ​​how the global food market would be completely altered, they point out that this 7% decrease in global crop production would exceed the largest anomaly recorded by the Food and Agriculture Organization since these measurements were made. , which happened in 1961. In the event of a war between the US and Russia, more than 75% of the planet would starve to death in two years.

These are Rutgers University estimates for five India-Pakistan standoff scenarios.

-The detonation of 100 nuclear weapons of 15 kilotons each would directly kill 27 million people, and in the following two years they would cause the death of 260 million people.

Another investigation led in 2020 by Jonas Jägermeyr, a scientist at the NASA Goddard Institute, calculated how the agricultural sector would respond to the detonation of 100 small arms between India and Pakistan, a scenario that could be equivalent to a similar conflict between China and South Korea. North or between Russia and NATO allied countries in the context of the war in Ukraine, because if the weapons have a similar capacity, so would their effects.

According to that calculation, an emission of five metric tons of soot would mean a cooling of 1.8 ºC and at least five years of bad harvests, with the worst consequences for the northern hemisphere, including the US, Europe, Russia and China.

The production of corn and wheat would fall 13% globally.

The emission of all this material into the atmosphere

would also damage the ozone layer

, according to different studies.

The most recent, published in 2021 by NCAR researcher Charles Bardeen, estimates that a regional nuclear war would degrade the ozone layer by 25% and take at least 12 years to recover.

"If nuclear weapons exist, they can be used, and the world has been close to a nuclear war on several occasions.

The only long-term solution is to ban them

," says Robock, who recalls the nine countries that have nuclear weapons -and have not ratified the EU Treaty on the Prohibition of Nuclear Weapons - that their study "makes it clear that it is time for them to listen to what science and the rest of the world say and to adhere to that treaty".