Feeling of the boreal summer in the fjord of the Norwegian capital, Oslo, to the point that both the lives of the curious who came to see her, and her own, were in... 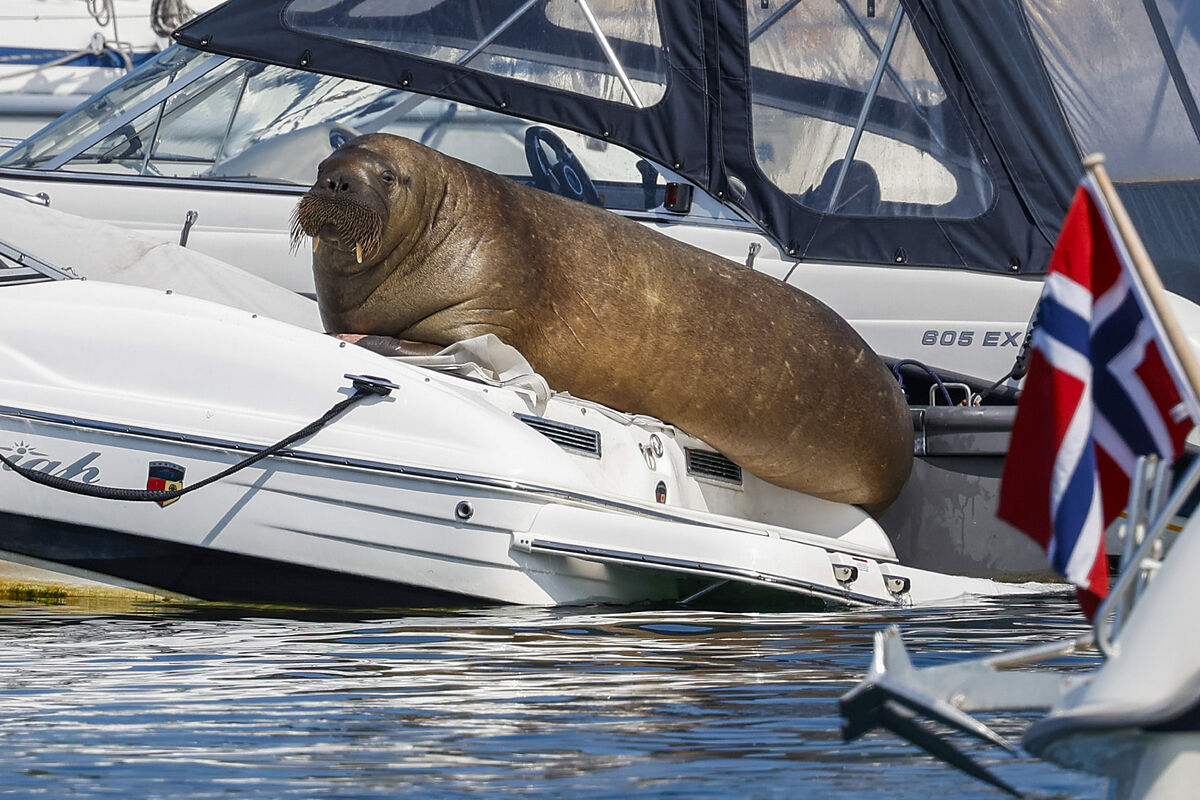 Sensation of the boreal summer in the fjord of the Norwegian capital, Oslo, to the point that both the lives of the curious who came to see her, as well as her own, were in danger, the walrus Freya was slaughtered on Sunday.

"The decision to cull her was made on the basis of a global assessment of the threat she posed to human security,"

Frank Bakke-Jensen, head of the Norwegian Directorate of Fisheries, said in a statement.

The authorities had announced a few days ago the possibility of euthanizing this 600-kilo female after her requests for people to stop coming to see her were useless.

"Experts advised, among other ideas, to sedate her to take her away from populated areas," they wrote on her Instagram.

Walruses, a protected species that feed mainly on invertebrates such as molluscs, shrimps, crabs and small fish, normally live in more northerly latitudes, in the Arctic.

But Freya, (named after a goddess of love and beauty from Norse mythology),

was first seen in the Norwegian capital's fjord on July 17, and has since become an attraction for the curious. .

Between two long naps (these animals can sleep up to 20 hours a day), Freya was filmed hunting birds and sleeping on top of boats sinking under her weight.

"We studied all possible solutions in detail and concluded that we could not guarantee the welfare of the animal by any means," explained the head of the Norwegian Directorate of Fisheries.

This organization explained that the health of Freya, five years old, had deteriorated a lot, and some experts affirmed that she was suffering from stress.

Moving it "was not a viable option", according to this source, due to the complexity of the process.

But several experts affirm that the decision to sacrifice it does not respond to the well-being of the walrus.

"It's quite shocking. It was a situation to show consideration for wild animals," Siri Martinsen, a spokeswoman for animal protection association NOAH, said on TV2 television.

She also considers that the decision was hasty.

"We could have tried issuing fines. We would have seen the masses of people quickly disappear," she said.

Although, according to the authorities, walruses are not a threat to humans, they can attack if they feel in danger

the curious bathed next to the walrus or approached, sometimes with minors, to take photos.

"It is infinitely sad that they have chosen to put down such a beautiful animal just because we have not behaved well with it," biologist Rune Aae told local NTB radio.