America complains of a shortage of sellers, “waiters” and postmen

Demands for workers are increasing in the United States, including sellers, waiters, specialists and postmen, as a result of the shrinking workforce during the “Covid-19” pandemic, in light of retirement referrals, immigration restrictions and long-term illnesses. road 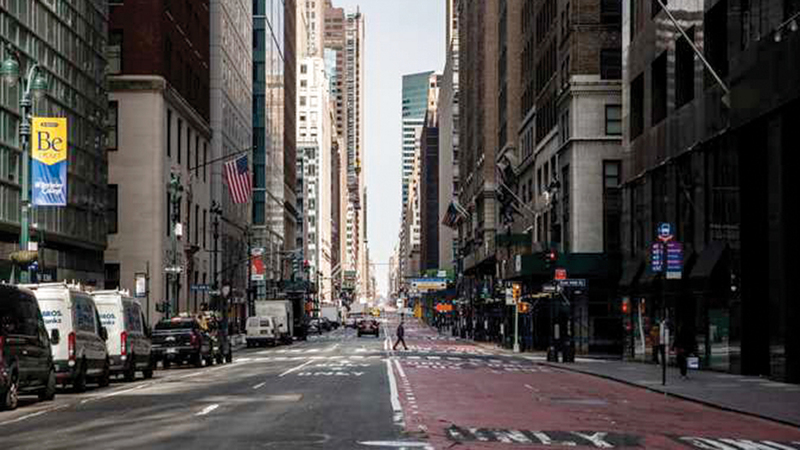 America complains of a shortage of sellers, “waiters” and postmen

Because of Corona, millions of people chose to retire early, fearing for their health.

As a result of the shrinking workforce during the “Covid-19” pandemic, requests for workers are increasing in the United States, including sellers, waiters, specialists and postmen, as a result of retirement, immigration restrictions and long-term illnesses.

Banners reading "Workers Needed" are hung along the roads, in front of restaurants or even on buses. Business owners are seeking to hire more people in light of the rampant consumption of Americans, but it is difficult for them to find what they are looking for.

About 10 million vacancies were available in June, according to the latest data in this regard, while the number of job seekers did not exceed six million.

A statement issued by the American Chamber of Commerce said: "We have a large number of jobs and an insufficient number of workers... and this shortage affects all sectors."

Many stopped working in the spring of 2020 when the Covid-19 pandemic dealt a severe blow to the economy and have not returned to work since.

And the Chamber of Commerce stated: “We would have had an additional 3.4 million people in the labor market if the rate of market participation remained the same as before the pandemic.”

Where did they go?

Many of them have retired from work, "the US population is getting older," said Nick Bunker, a specialist in the US labor market and supervisor of economic research at the job ad site Indeed.

Baby boomers began withdrawing from the labor market before the “Covid-19” pandemic, but “referrals to retirement accelerated” at the beginning of the health crisis, according to Diane Swonk, chief economist at KPMG.

Millions of people chose to retire early, fearing for their health, and it is unlikely that the workforce will return to pre-pandemic levels, due to the aging of the population, according to Nick Bunker.

The restrictions imposed on immigration during the era of Donald Trump caused the number of arrivals to be halved between 2016 and 2019, then the “Covid-19” pandemic came to reduce most of their numbers, which in 2021 amounted to a quarter of what they were in 2016.

To confront this dilemma, it is necessary to attract people to the labor market on the one hand, and curb the excessive consumption of Americans on the other hand, so that companies do not have to hire so many people.

Signs of "Workers Needed" were hung along the roads.