'The last tango in Paris', rape as destiny

Before revealing anything, what Last Tango in Paris (Bernardo Berolucci, 1972) teaches are the images of a man and a woman conceived, rather than just painted, by... 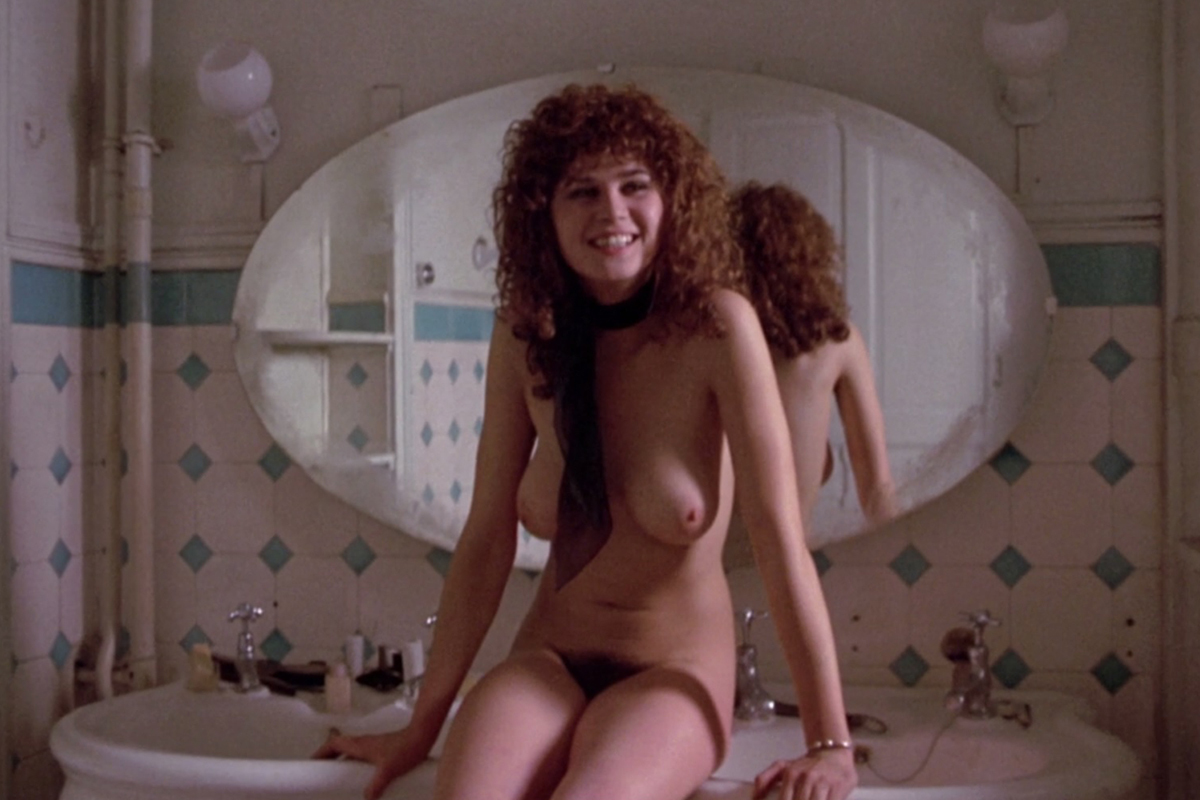 Before revealing anything, what

are the images of a man and a woman created, rather than just painted, by

One in front of the other as the title credits roll across the screen.

It is basically a sensation, the sensation of two perfectly clear bodies and, nevertheless, devastated and imprecise to which neither the definition of the contours limits, as the art of the academics, nor the free play of light, like the impressionists.

Bacon destroys sharpness through sharpness itself

endorsing a logic of sensation that appeals directly to the nervous system.

Thus, the tedium of a story to be narrated is taken for granted.

Bacon, in short, does not want spectators but witnesses, he avoids the spectacle because he does not aspire to the violence of what is represented, the sensational or the cliché, but rather the simple and revolutionary crudeness of sensation.

was always a film for scandal, and yet few productions have been so punished with all kinds of Xs and such modest moralistic warnings in what they show.

Despite being over two hours long, let's face it, there's hardly any sex in it.

The copulation before the growls when the protagonists

her nudes as reiterated as her inconsequential;

the mythical scene of buttered sodomization;

the wild festival of blasphemies;

Jeanne's fingers on his butt after the bath;

Where was the pornographic look?

From an almost literal point of view,

speaks of women who are abused, harassed and, in effect, raped.

Also of the ruin of the man who abuses, harasses and violates.

But the victim goes first.

Jeanne is a woman used in a radical and joint way by the man (Paul-Brando) who tries to purge in her all the deficiencies that she drags from a childhood tortured by a drunken and violent father (and beyond through a failed marriage). and recently closed for suicide), either by the filmmaker boyfriend

hell-bent on turning his life (hers) into the material of a movie show.

In the middle of the movie, in the subway scene, she snaps and yells at him, the young movie director.

It is the first time that the word "rape" has been heard loud and clear.

The movie is over, you understand », he says.

She passes the train and over the fading din, she yells,

"I'm tired of being raped."

The monologue is addressed to one, but could well be understood as an admonition to the two men.

And even, well looked at, Bertolucci himself.

And why not to any viewer at any time?

His idea is not so much to x-ray a conjunctural crisis, as the great crisis from the very origin of humanity.

No one misses the biblical reference on which the entire film rests.

When Jenny and Paul happen to meet in an empty apartment, they are compelled (he compels her, really) to reproduce the same gestures as

Adam and Eve in Paradise.

They have not yet tasted the forbidden fruit of the Tree of Knowledge.

They have no past and do not long for a future.

They are identified by growls.

, Eve was called Eve after being expelled from the Garden of Eden, and Adam in Hebrew means nothing more than man (or earth or dust only).

But don't forget, he's in charge.

In the tape, he is the wounded after the death of his wife and she, simply the tool of his possible cure.

Who knows if he, before only Adam, is also the very representation of God himself.

And so on until the violation, the

in real and figurative sense;

We are talking about the famous butter scene.

In it, you go from ideas to facts.

Paul prepares himself for the great humiliation that also wants to be in his delirium (our delirium) his great healing.

The game of opposites through which the entire film navigates (man and woman; the English and French languages; the old man and the young woman; life and death; the ignorance of the secret and the knowledge of the hidden; the illusion and reality ; her cheating on her boyfriend and the one he suffered from his dead wife...) is brutally resolved in the wildest nudity that cinema has been capable of.

It is a nude without skin, but completely on the surface of the skin;

not at all spectacular, but only aware of the sensations that are transmitted directly to the nervous system.

It is a scene that does not seek spectators but simply witnesses.

And for the record of the truth of all this, over time we learned that what we saw on the screen also happened off it.

Years ago the controversy would be revived by the happy scene.

In a 2006 interview, Maria Schneider blamed that moment for all the misfortunes that would come to her until her death in 2011.

She accused Bertolucci of being a "pimp";

she claimed the scene was not scripted, and blamed the director and Marlon Brando for a behind-the-scenes conspiracy to trick her.

She said she felt humiliated and described her tears during the scene as real.

She spoke of a

Suddenly fiction and reality are confused.

Bertolucci replied that the only thing that was not in the script was the dairy lubricant.

That and that it was only about cinema, about "faking" a rape.

was perhaps "too young to understand what was going on."

The matter might not have gone beyond being an exchange of versions without Bertolucci's subsequent statements to the Cinemathèque Française.

There, on the occasion of a retrospective he said that:

And there, he meticulously described the working method:

«I wanted his reaction to be that of a girl, not that of an actress.

He wanted him to feel the humiliation, to scream no, no!... I think he hated Marlon and me because we didn't tell him about the butter as a lubricant."

When Jeanne yells that she is tired of being raped, we think she was referring to the two characters (Paul and the boyfriend) and, in truth, there were three or, for that matter, four (with Brando in addition to Bertolucci).

Any man at any time.

The last tango in Paris, it will be said to compensate for so much heteropatriarchal humiliation, is resolved with a vengeance.

Everything happens after the scene in the tango room, the only one in which he is the one who gets naked (he shows his ass).

She shoots and, in her own way, it is the bullet that comes out of the most phallic of instruments that rapes him (note that the other rape of the man, when she sticks her fingers in his ass after the bath, does not It is such. He is the one who commands and orders it).

And, after sticking the gum on the railing, she dies.

And you won't be able to free yourself from that feeling until you look death in the face...

Until you get into the ass of death, right in his ass, until you find the matrix of fear, "Paul tells Jeanne and in the statement the only possible testimony of all the failures is gone.

He cannot be saved and it is bad that the only salvation she is capable of is reproducing the same violent, macho, coarse and completely naked gesture of his.

Sharpness destroyed thanks to the simplest and most contradictory sharpness.