These artists who rise, who rise! - DRC: Goma breakdancers fight to professionalize their art

We head to eastern Democratic Republic of Congo for the continuation of our series on African artists conquering the continent. Goma is one of the main cities in… 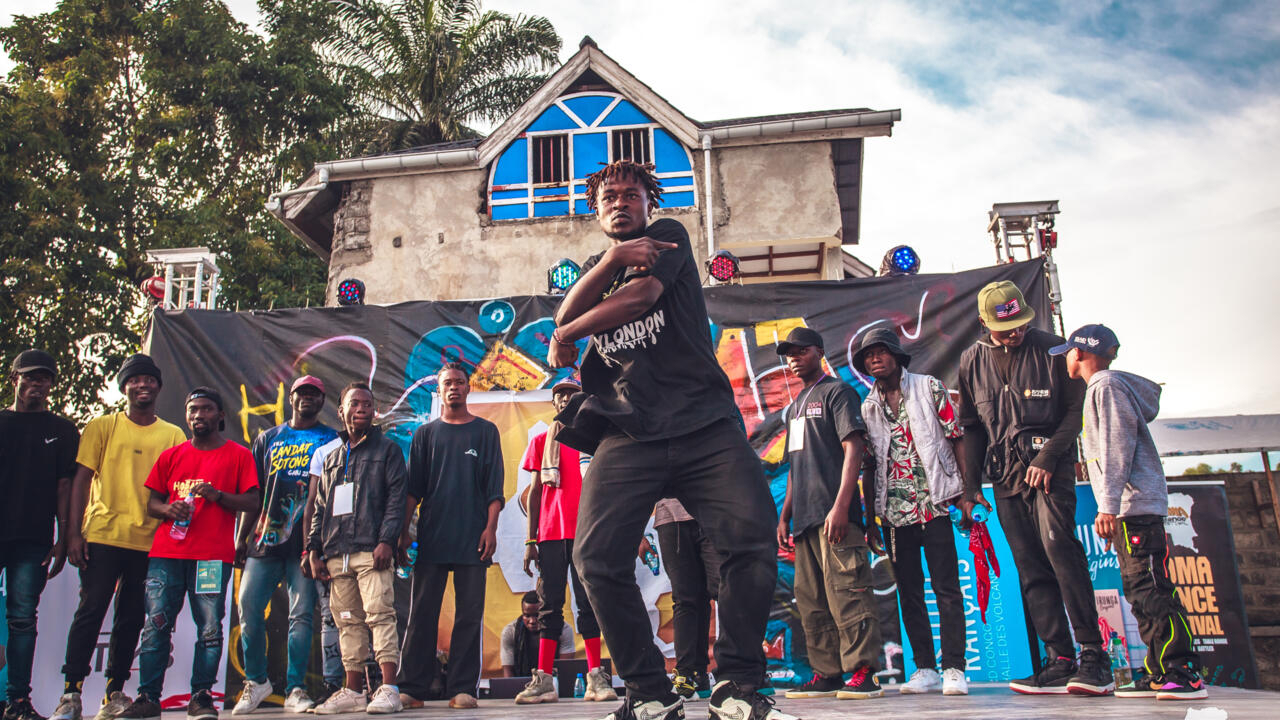 These artists who rise, who rise!

We head to eastern Democratic Republic of Congo for the continuation of our series on African artists conquering the continent.

Goma is one of the main cities of the country and the city has also become in a few years a pole of urban dance in the DRC.

At the cultural center of Goma, sport, music and dance mingle.

Everyone practices their activity alone or in a group, a team has just started training.

It was there, on the macadam of the basketball courts, that Faradja Batumike performed her first dance performances.

Nothing is dedicated solely to dance in Goma.

Even if it is a cultural profession, dance is not really like other disciplines.

At home here, they give dance lessons, but the musicians who have learned here have evolved much more than the dancers who jump all over the place.

In 2007, Faradja still hesitates between football and dance.

At the time, the profession of dancer did not exist and he himself did not think of making a career out of it one day.

At first with us, there were not many professional dancers.

There were just events all the time, shows, we danced in schools.

It was just for popularity.

Afterwards I was a little solo and in 2009/2010 we created another group with other friends.

This is the group with which I have evolved so far.

Apart from that, we started to show the positive image of dance.

Through that, we supervised street children.

The idea is to raise young people but above all to contribute to social and positive change through dance, to make hip-hop and the spirit of hip-hop known.

Having become an ambassador of

, he organized his first festival, the Goma Dance Festival, in 2017, at the same time as he traveled, first in the Great Lakes region and then in Europe.

A discipline still poorly regarded in the DRC

In one of the halls of the cultural centre, dancers are rehearsing their latest creation.

A piece that evokes time presented by the Street Dancers Company in Kigali last July.

In the center, one of the representatives of the company, Meshake Lusolo.

At home, my dad didn't want me to dance.

He thought it was banditry, so you're nothing in the community.

I first wanted to prove to my dad and my family that I could succeed in this.

Like Faradja, he has become a dance activist over the years.

Since 2015, Meshake has been organizing Dance Ya Kivu, a hip-hop

in Goma, and participating in battles, often abroad.

When we go to Europe, we try to take what we don't have, and we bring it back, we try to use force there to push people to do better and to change their mentality, because we have a bad reputation.

When we leave there and come back, it gives other artists the courage to push even more, because tomorrow it's their turn.

Despite the lack of resources, space and infrastructure, Faradja Batumike and Meshake Lusolo hope to make Goma the national capital of urban dance.

And why not the African capital?