The tragedies of Anne Heche: her father sexually abused her, her three brothers died, she had mental problems and Hollywood vetoed her for marrying Ellen DeGeneres

The worst predictions have come true. American actress Anne Heche died yesterday at the age of 53 after spending a week in hospital following the impact of her car... 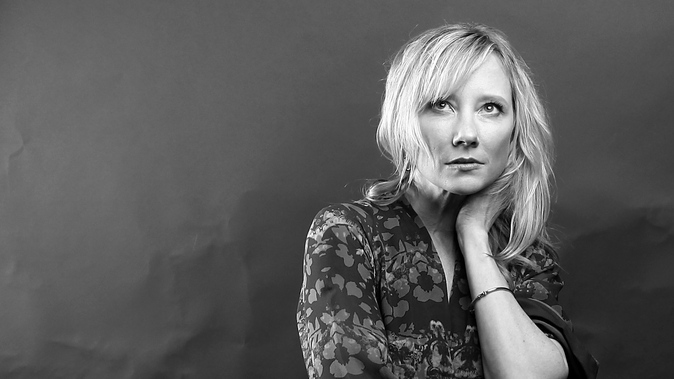 The worst predictions have come true.

American actress Anne Heche died yesterday at the age of 53 after spending a week in the hospital following the impact of her car against a house in the Los Angeles neighborhood of Mar Vista.

The vehicle was practically burned, the interpreter had

and 59 firefighters had to rescue her in an operation that lasted just over an hour.

At one point Anne

, but when she got to the health center she fell into a coma.

She has been brain dead ever since and under California law when this occurs she unplugs the patient from the machine which allows her heart to continue beating.

Her life was plagued with tragedies.

When she published her biography 'Call Me Crazy' in 2001 she uncovered the box of thunder.

She accused her father of having sexually abused her when she was her child and of having had a double life as a homosexual, which caused her mother, Nancy, and her only sister to live on her behalf. Abigail, stop talking to him.

They considered that she was not in her right mind.

It so happens that her father contracted AIDS in 1983 and, for this reason, the child contracted vaginal herpes.

The patriarch passed away shortly after.

Regarding his other three brothers, the interpreter claimed that Nathan committed suicide three months after the death of his father at the age of eighteen when he crashed his car into a car;

Susan died of brain cancer in 2006

and Cynthia died at just two months of a heart defect.

All these tragedies influenced Anne's state of mind.

However, when a talent scout saw her in a play of hers in high school, she sensed that there was something special about her and after passing her casting, she landed a role in the soap opera 'Another World' (1987-1991).

From that moment his destiny changed forever.

For example, in 1997 she appeared in four films, including 'Volcano', 'I know what you did last summer' and 'Psycho'.

The following year she was the perfect match for Harrison Ford (80) in 'Six days and seven nights'.

But those honeys soon turned into gall.

When in 1997 he publicly confessed his relationship with presenter

(64), the doors of homophobic Hollywood were closed to him.

Or so she argued.

They were the fashionable couple, they married in Vermont and three years later they divorced.

Since then, the deposed and billionaire television icon has decided not to speak to him again because she felt hurt when he left her for a man, cameraman Coley Laffoon (48), whom she married in 2001 and had their first child, Homer ( twenty).

After five and a half years of marriage, the end came when she Anne left her husband for the attractive actor James Tupper (57), with whom she had another boy, Atlas (13).

A few hours after the death was announced, her firstborn wrote on social media that "my brother Atlas and I lost our mom. After six days of almost unbelievable emotional changes, I am left with a deep and speechless sadness. I hope my mom

Other loved ones also said goodbye to her, such as James: "thoughts and prayers for this lovely woman, actress and mother tonight. We love you";

Ellen DeGeneres: "Today is a sad day. I send Anne's children, her family and her friends all my love."

It must be remembered that her partner on the big screen Harrison Ford did not hesitate to defend her from her homophobic attacks.

Throughout his existence he paid too many tolls that

For decades he battled depression, bipolar attacks and even schizophrenia.

On one occasion, the police stopped her at the house of a stranger while she was taking a shower, claiming that she was the sister of Jesus Christ.

She other times she claimed that she heard voices.