Shortly after the torrent of sexual abuse allegations against Kevin Spacey broke, social media picked up a Family Guy joke about, um, that... 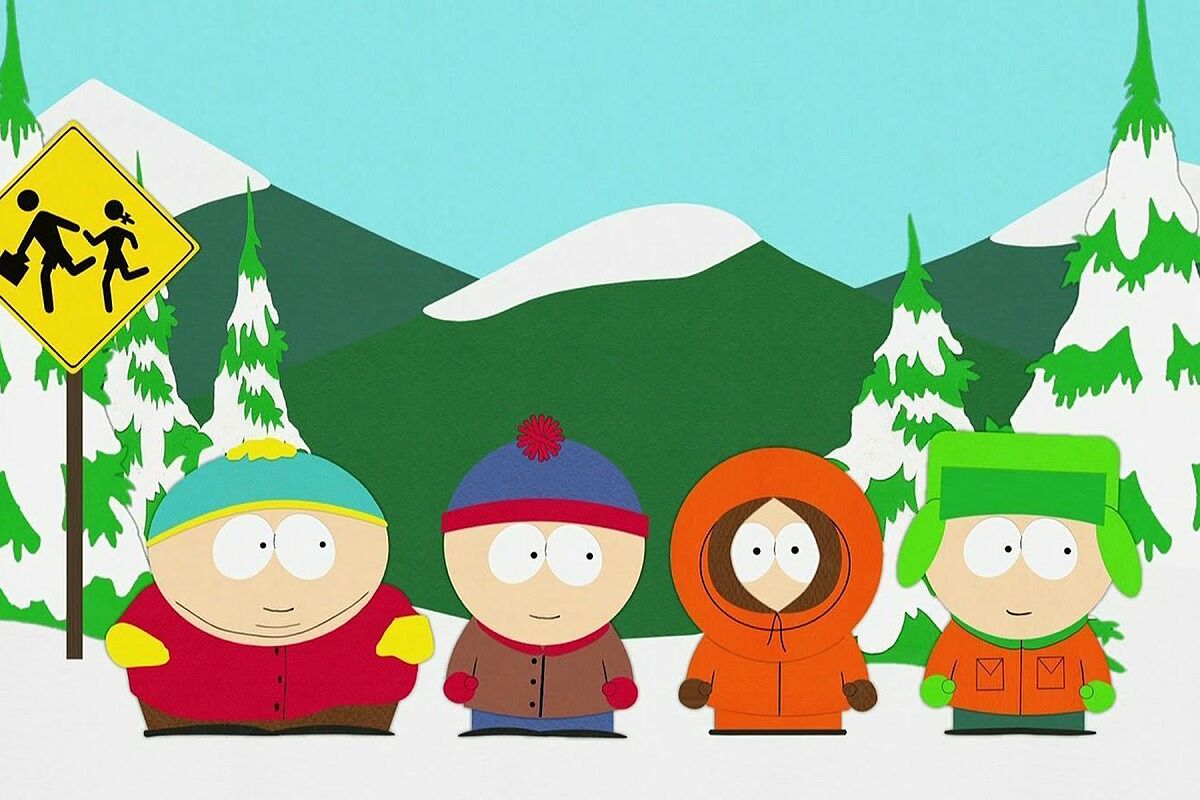 Shortly after the torrent of sexual abuse allegations against Kevin Spacey broke, social media picked up a Family Guy joke

as funny as it was sinister

and it proved, once again, that animated series are allowed things that others are not.

When Family Guy was released

had already been 10 years old and

The latter celebrates in 2022 no less than its 25th anniversary.

but to the beast", the series that leaves no puppet with a head, has been between us for five decades.

Hardly anyone has gotten away with a South Park

Nicole Kidman trying to get Tom Cruise to come out

The series has gone from Bono to Philip Glass.

In the work of Matt Stone and Trey Parker, the most omnipresent pop culture coexists with twisted references.

takes place at breakneck speed on the screen, as if Stone and Parker know they have to face a censorship committee... but this one is made up of gentlemen with little reflexes.

managed to become a forum for opinion of the first order,

claimed, in its brutal way, freedom of expression, wondering if its limits existed and if they were different in the case of animated fiction.

The barbarities that were done and said in that invented town in Colorado seemed not to have that, limit.

Precisely therein lay both its appeal and its success.

Stone and Parker dared with Muhammad, with the Virgin Mary and even with Steve Irwin, "the crocodile hunter"

that delusional popularizer who died in 2006 after being stung by a marine stingray that was only defending himself from a very annoying man.

Irwin appeared with the animal inserted in his chest, arousing the hatred of his large parish of

(of Steve Irwin, not of the stripe).

A community that, demonstrating its existence and its discontent, completed the joke of the series.

that motherfucking daughter of a bitch, as she herself would sing

At other times, the series faced a curious phenomenon: its indiscriminate ridicule of anything made it impossible to know if its writers had one opinion or another on certain matters.

Or if they didn't have any.

Or all at once.

It happened when they took Al Gore from 2006 as a pimpampum, completely focused on raising awareness about climate change

In that case, the series subsequently executed something resembling an apology, but with

who knows where the sarcastic pirouette ends.

have also been the butt of jokes from Matt Stone and Trey Parker, although both saved their best ideas on the matter for their other great work: the musical

The Book of Mormon

, but rather that their power lies in

living in the center of the entertainment industry

Following the success of

, both the film in the series (

, his hilarious 2005 puppet flick, delivered at the box office.

Matt Damon, savagely parodied in this latest film, has returned to the

agenda for his controversial promotion of cryptocurrencies.

In one of the last specials of the series broadcast in the United States, Damon is ridiculed along with other stars such as NBA star

This time, the position of

The comment on the crypto-celebrities is part of the fourth television movie that Matt Stone and Trey Parker deliver to Paramount + as part of the agreement that creators and platform signed in the fall of 2021. The number of that contract is dizzying -

- and adds fuel to the fire of the already known as

, are the title of Stone and Parker's first deliveries to Paramount.

The Book of Mormon

And with South Park renewed until 2027.

Let's see how long it takes to see Kevin Spacey there.

Non-stop marathon on his birthday

The Trey Parker and Matt Stone series premiered in the United States on August 13, 1997. Since then, 25 seasons and 317 episodes have been broadcast.

Many of them are recovered today in Spain by the Comedy Central channel to celebrate the anniversary of the adventures of Cartman, Kyle, Stan and

poor Kenny, who has not stopped dying since then

Starting at 12:00 a.m., Comedy Central will broadcast a 25-hour uninterrupted marathon of the five-time Emmy award-winning sitcom and a Peabody.

Thus, the followers of the wildest gang on television will be able to relive from the eighteenth season to the recently released season 25.